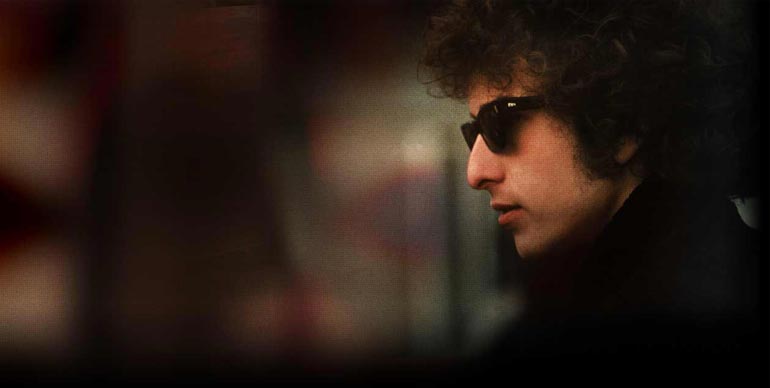 For a unique look at some very vintage fashions, I bring you (now) Noble Prize winner, Bob Dylan. The man’s voice has been an anthem for thousands of people all over the world and his status as an icon was sealed with various life achievement awards and 10 Grammys. His fashion has been imitated and admired by American activists almost as long as his singing has. I don’t blame them. Dylan was no fashion designer, but he manages to come across coordinated and intentional in every outfit. In honor of the singer’s new Nobel Prize and his steadfast presence in our lives as the times kept on a’changin’, here is how to dress like Bob Dylan in the 21st century.

It’s a bit mind-blowing for a Friday afternoon, but our idols all had idols too. For Dylan, the man to imitate in the early 60s was country favorite Woody Guthrie. The respect wasn’t just musical. The work wear outfits worn by Guthrie on his mid-western tours inspired Dylan’s denim everyman look when he started out. With a chambray shirt and navy blue jeans you’ve easily got this look down pat. Don’t think twice. It’s all right.

It was the 1963 release of The Freewheelin’ Bob Dylan that launched Dylan into national stardom. This whole chunk of time must have been a whirlwind: the sex with Joan Baez, the 60s protest movement, the arenas packed with fans. To dress for his new-found fame, Dylan went around in the tan suede jacket he wore on the famous album cover. You can go Greenwich Village vintage with lightweight suede for the breezy days this fall. Throw it on over your work wear and you’ll be a true Tambourine Man.

Can you rock a polka-dot button-down? Bob Dylan somehow made this gaudy print a ridicule-proof statement piece. With his pursed lips and wild hair, he comes across imposing and eccentric. Let’s get real here. Most men can’t make anything but a mess of polka-dots, even if they’re trying to dress like Bob Dylan. They look like a blouse you would have worn if you were an 18th century infant. I advise you to go for something calmer and more subtle. Less is more. Minimize the dots and try complementary colors rather than sharp white circles. Only the king of folk music can make a polka-dot blouse look cool.

If you thought the polka-dots were difficult, try getting bohemian. What started as a protest look in the late 60s grew into an incredibly unique look for Dylan in the 70s. He wore vests over striped sweaters, hats adorned with garden flowers, and scarves of every pattern and hue available in Greenwich Village. For some of his concerts, he went full circus and slathered on clown makeup. You can probably rock a casual vest and maybe get away with a flower-print scarf or two. Even the flowery hat will work for a semi-formal picnic in the park. If you try the clown makeup, in this climate, this year, I have nothing more to say. We can no longer be friends.

A Bob Dylan fashion list is not complete without a discussion of Wayfarers. According to optical designer Raymond Stegeman Eames chairs and Cadillac tail fins inspired these classic shades. They are, in simpler terms, the 60s incarnate. Their status only grows when you look at the celebrities who have worn them. Dylan stands with John F. Kennedy and Audrey Hepburn when it comes to eyewear. Find yourself an iconic pair and you can too.

It’s the sad truth. You will never approach the awesomeness that is Bob Dylan. You will never wear a polka-dot shirt with the same success. All you can do is try. Otherwise you’re just blowin’ in the wind.