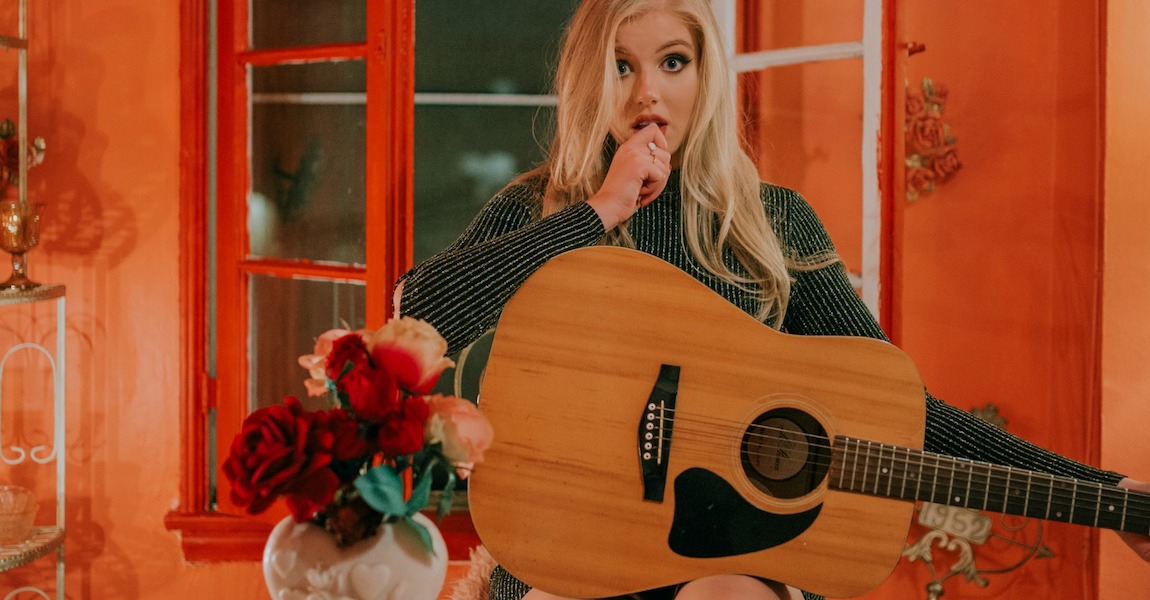 Today, singer-songwriter Heather LaRose is debuting a deeply personal new single called “Rumors.” Through the powerful song, you will get to know a lot about the artist as an individual and a performer, but we thought you would like to know even more behind-the-scenes details about the track. Richard Magazine caught up with the artist to hear all about the direction her new music is taking her – and even take a peek into how her music affects her style choices. Check out our exclusive Q&A interview below.

Richard Magazine: How would you describe your music and who are some of your influences?

Heather LaRose: I grew up listening to bands like ABBA, The Beach Boys, The Grease Soundtrack and was later influenced by Katy Perry, Kesha, and 21 Pilots. My music is a blend of synth pop with darker dramatic elements.

Richard Magazine: How does the crossover between fashion and music inspire you?

Heather LaRose: I’ve always loved to get dressed up in vibrant and sparkling clothes that reflect my music. The brighter, the better!

Richard Magazine: How do you think the music industry inspires the fashion industry, and vice versa?

Heather LaRose: I think art reflects culture, so music and fashion work in tandem. Right now, street style is in and trap beats in pop songs are all the rage. All forms of self expression work together to craft the culture of this generation. 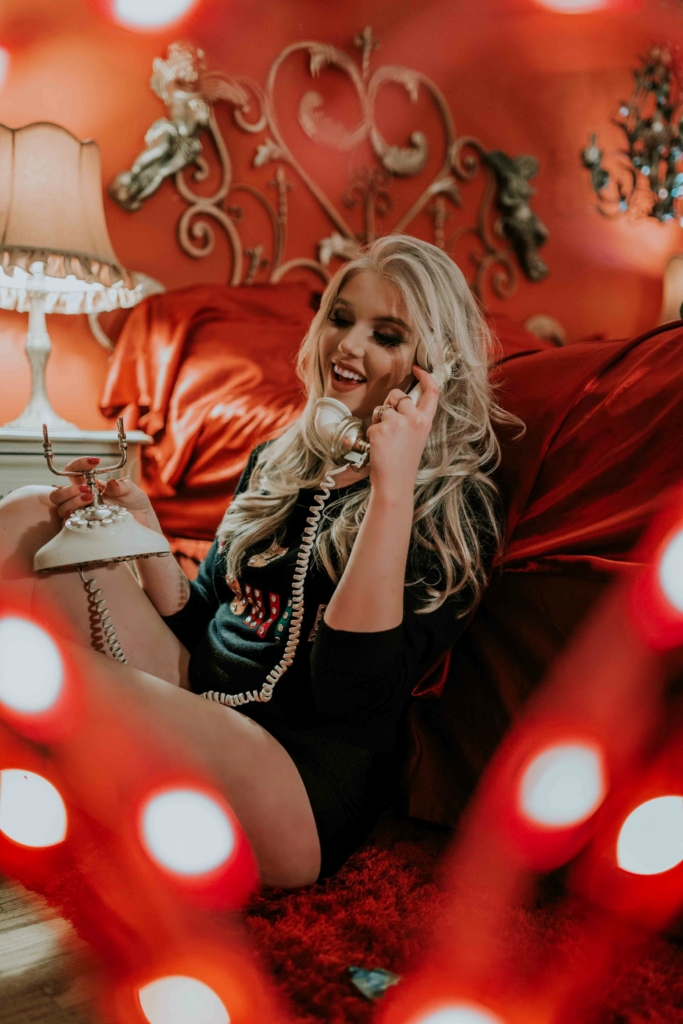 Richard Magazine: Can you tell us about your onstage style, and how you pick out looks for performances?

Heather LaRose: I love clothes that reflect who I am. Bright colors, sparkles, fun, loud. I’ve been wearing a lot of Alice and Olivia recently. I’m 5’10, and because of moving around and traveling so much my weight has been fluctuating. I try to go off of how an outfit makes me feel rather than worrying about numbers. If it’s flattering and I can use the outfit to further convey my music, then it’s a success!

Richard Magazine: What has been your favorite place to perform so far, and why?

Heather LaRose: There are so many moments over the past two years that have really stuck out for me, but one of my favorite moments was right before Thanksgiving at United High School in Laredo, Texas. Laredo is right at the border of Texas and Mexico. There was this big outdoor festival and it was in the middle of the butterfly migration so I was on stage and singing and the air was just thick with so many different kinds of butterflies. It created such an amazing experience for everyone there! I hope to get back there very soon!

Heather LaRose: I creep on the Riverdale cast all the time. Everyone is so physically and emotionally attractive. Lili Reinhart took a really bold moment when she called out Cosmo for photoshopping her waist to a toothpick. She posted the real shot and told everyone about how proud she was of her body and how hard she works at keeping it healthy. I think portraying the authenticity of women with healthy, natural bodies in the public eye is a great way to encourage body positivity. 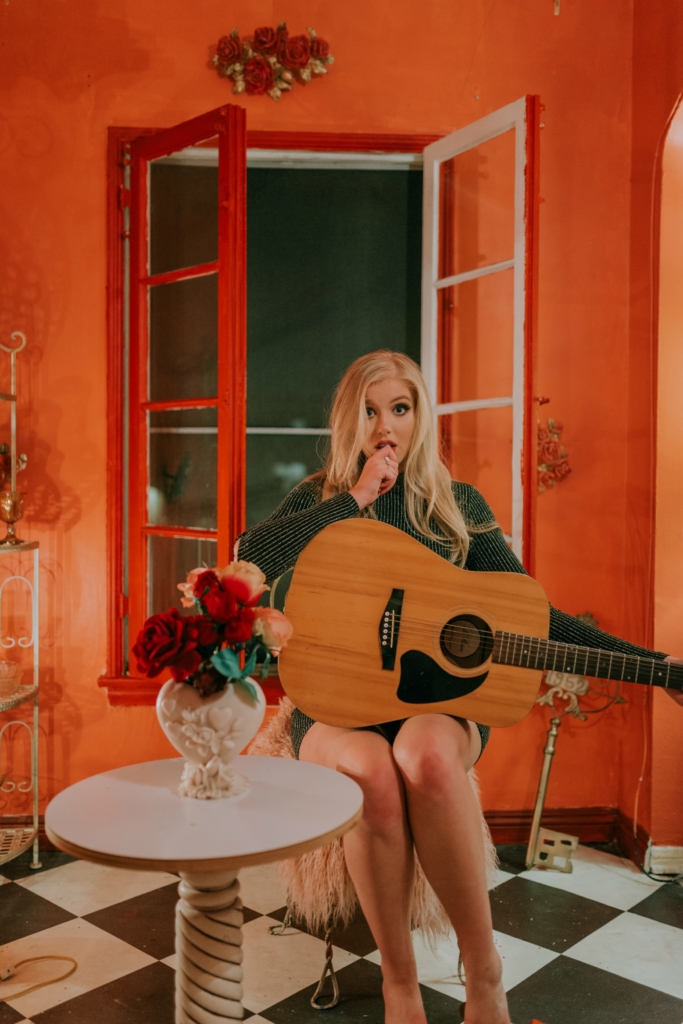 Richard Magazine: Who would be your dream tourmate and why?

Heather LaRose: Oh my goodness, could I please go on tour with the Bleachers?! I’m a huge fan of Jack Antonoff and his songs. He’s written with Taylor Swift, Lorde, P!nk, and so many more. You can’t be in a bad mood listening to his band. I just need to hear the first few lines of the guitar lick on “Don’t Take The Money” and it feels as though I’m driving north on the Pacific Coast Highway, with all the windows down on a sunny day.

Richard Magazine: What can you tell us about your newest release of “Rumors” on May 25?

Heather LaRose: “Rumors” is really personal as it’s about dealing with self-worth after people have left you feeling worthless. I worked on the song with my friends (extremely talented musicians): Gregg Sgar and Matt Pelosi, while updating them on all of the drama going on in my group of “friends”. At the time, I was living in LA and had just found out how fake people can be. There were “friends” who I thought I was super close with, but I found out they weren’t my friends at all. Things were being said behind my back, videos were taken of me while I was changing my clothes as I was made fun of. It was so horrifying.

So I wrote “Rumors” reflecting on high school and comparing it to LA. All of the lyrics came from a place where, YES, what people were saying about me hurt but I knew I was bigger than the names I was being called.

My goal for “Rumors” is to have people make it about their own experience. Most songs about overcoming negativity and finding your self-worth are overly peppy, which might push people away from a message that they need to hear. I made sure to pick dark, angsty chords to reflect how I was feeling and how so many other people feel. It’s the type of song that’s bold and empowering without sugarcoating the situation. Sometimes you have to face gossip and rumors head on and be louder and stronger then they are. If anyone is getting bullied and brought down, I want you to know you are so much more than the words being said about you and I hope that when you listen to “Rumors” you feel unstoppable.

Make sure to listen to Heather LaRose’s new music on her Spotify page now, and check out the song “Rumors” below.