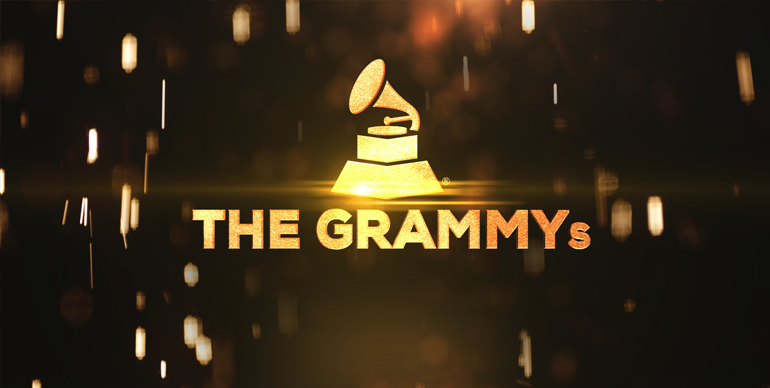 The 2017 Grammy Awards were last night and the red carpet was classically diverse. More than any other awards show the Grammys red carpet is famous for edgy fashion. When you have stars like Madonna and Lady Gaga etched in your history, I guess that’s no surprise. I’m not talking about controversial dresses made from raw meat like the MTV Music Awards. The Grammys fosters a blend of traditional red carpet gowns and current inventive fashion. Last night’s selection lived up to our expectations. From beautiful dresses to women’s pantsuits to sportscoats without undershirts, these are the looks you need to know from 2017’s Grammy red carpet.

Everyone is crowning Adele the grand winner of this year’s Grammys red carpet. Her long-sleeved Givenchy Couture gown was decorative, stunning, and perfect. It reminded us of her Chrysler Building dress from the BRIT Awards last February. A fittingly gorgeous gown for one of last night’s biggest winners.

Lopez’s flowing pastel gown had everyone agog. The pop star flaunted her stunning figure with a long slit and sleeveless top. There was even some playful side-boob action. Thanks for the fantasies, J-Lo.

Platinum blonde hair and furry dresses are just the sort of Grammys red carpet pieces that make us watch pre-ceremony coverage. Last night, Perry did us one better. In addition to her skirt and new hairdo, the pop artist donned a loose, metallic turtleneck. Looks like she found the next big thing in futuristic fashion.

Rihanna’s red carpet fashion was more than just an outfit. This queen of pop blended her billowing black dress and orange crop top with her iconic Egyptian rib tattoo. The vivid Armani Prive top precisely followed the contours of her body art. Tattoo-bespoke fashion, anyone?

There is never a dull moment in Lady Gaga fashion. Fresh off her show-stopping Super Bowl performance, Gaga arrived at the Grammys in a crocodile-embossed jacket, patent-leather leotards, and thigh-high leather boots. Welcome to bottom-boob territory, everyone. Don’t you wish your motorcycle babe dressed like this?

Lovato’s backless dress followed a trend we’ve seen a lot on this year’s red carpets. Intricate lace. It’s a stylish way to get in on nude fashion without doing a MET Gala Beyoncé move where everyone can see almost everything. Lace provides a decorative balance. Julie Bowen rocked a similar look at the Golden Globes.

When it comes to weird red carpet fashion, it’s hard to beat Green. Is he a human Oscar statuette, the villain from Power Rangers, or something else entirely? The singer pulled off two alter-ego makeup styles and outfits for Grammy weekend. At the Saturday Pre-GRAMMY Party, he dressed in all black with a light-up neon mask. Gnarly Davidson, the name of his so-called ‘alter,’ is just as ridiculous as he sounds. It would be fine if we never saw Gnarly again after the 2017 Grammys.

Black bikini top with a glossy skirt was the recipe for success for emerging star Tinashe. It’s a contemporary re-invention of Chanel’s little black dress. In comparison with the other looks on this list, it’s also simple and wearable. Now that’s something worth applauding.

Henson blew us away at the Golden Globes and she’s done it again here. Her lavender, space-themed gown demonstrated high-fashion can have a playful personality. Henson’s simple bun of hair imitated the shape of her puffy sleeves, tying the look together. If only every red carpet star knew how to dress up as well as Henson.

If you like the idea of dressing like a ball pit, here’s a look for your fashion blog. This pop artist came to the Grammys in a dress covered in colorful plastic balls. It’s not high-end fashion in the traditional sense, but she does win the award for most buoyant costume of the night. Next to everyone but CeeLo, she seemed adolescent and out of place.

The political fashion look of the night was this Trump-inspired ‘Make America Great Again’ dress. The hourglass gown was slimming and patriotic. This is the first of 2017’s clothing trends to be a political fashion statement in support of the current administration. Whatever you think about that, it’s hard to deny the dress was a perfect fit for Villa. Way to pull off the hourglass figure.

If you don’t want to wear an undershirt, don’t submit yourself to such tortures. This rapper strutted onto the red carpet with his belly-button fully exposed. Usually it’s the red carpet dresses that reveal extra skin, so it was interesting to see Desiigner bringing a little strip-tease element to his outfit. It doesn’t mean you can go to work without your shirt, though.

The most flamboyant couple on this year’s Grammy red carpet, these two have their fashion and beauty down. Johnson’s vivid knit dress was a great homage to the 90s. She had her vintage makeup styles down too, with bright lips, dark eyeliner, and golden yellow highlights. Cale was less colorful, but still a standout. His knee-length top and wide sunglasses were rock star fashion 101. It’s too bad all red carpet couples aren’t this fun.

A conversation about this year’s Grammy red carpet fashion wouldn’t be complete without this outfit. The Asian-inspired suit and moccasins were colorful and trend-setting. You may not find bright teal suits or magenta footwear at local retailers, but tan versions of the look may be 2017’s iconic menswear trend. Keep a lookout.

To wrap up our Grammy recap, here’s a picture of Diplo and his offspring.

Time to kiss the Grammys goodbye until next year. Gather what clothing trends you can from this year’s interesting outfits. My only warning to you is that golden alter-egos are not trend-setting. Not in 2017. Not ever.