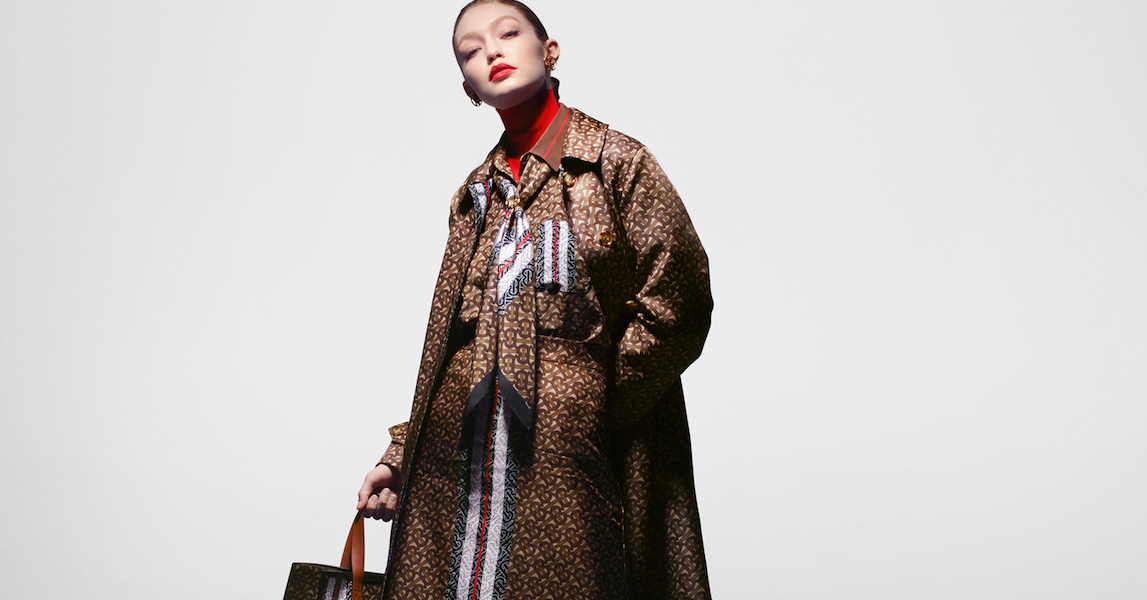 A little bit of fashion history, and a whole lot of modern charm! Gigi Hadid is the face of the new Burberry Monogram campaign, which corresponds to a drop celebrating the designer label’s recently-unveiled new interlocking “TB” initials, the Thomas Burberry monogram logo. It’s Gigi’s first ad series for the house, and the 24-year-old supermodel channels several style types – “the Lady,” “the Girl,” “the Gentleman” and “the Boy,” – in her dramatic collection photos.

For the campaign, Burberry Creative Director “Riccardo Tisci commissioned a unique team of British creatives including Nick Knight, Peter Saville and Katy England to bring the Thomas Burberry Monogram to life, portraying the four distinct Burberry characters,” the brand explained on its website. 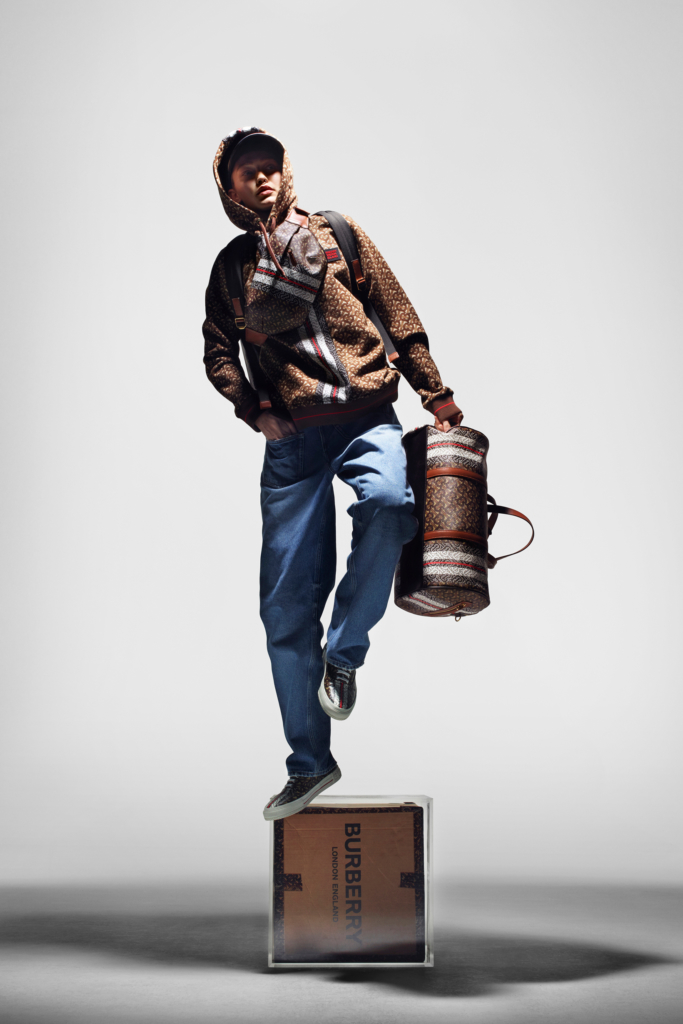 “The idea was to create imagery that allowed Gigi to play out the four characters of the Lady, the Gentleman, the Girl, and the Boy in a very simple, stripped-back, and honest studio environment,” Nick Knight shared in a statement. 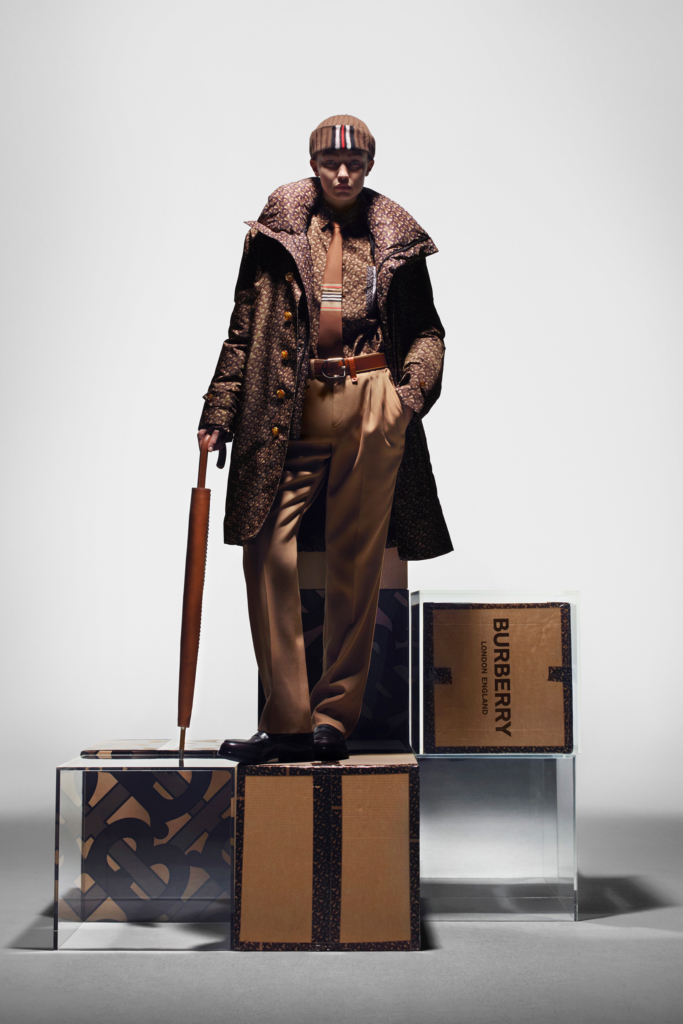 Gigi had a total blast expressing different aspects of her own personal style through this striking photo shoot.

The Burberry Monogram collection will be available to shop online and at select brand boutiques starting on May 22, 2019. 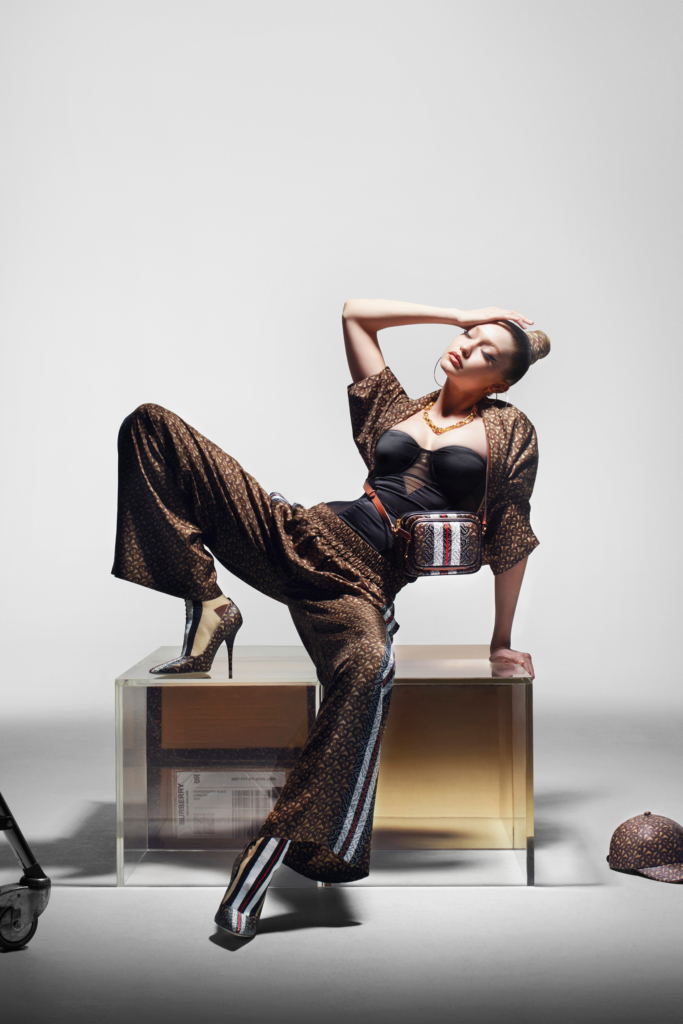 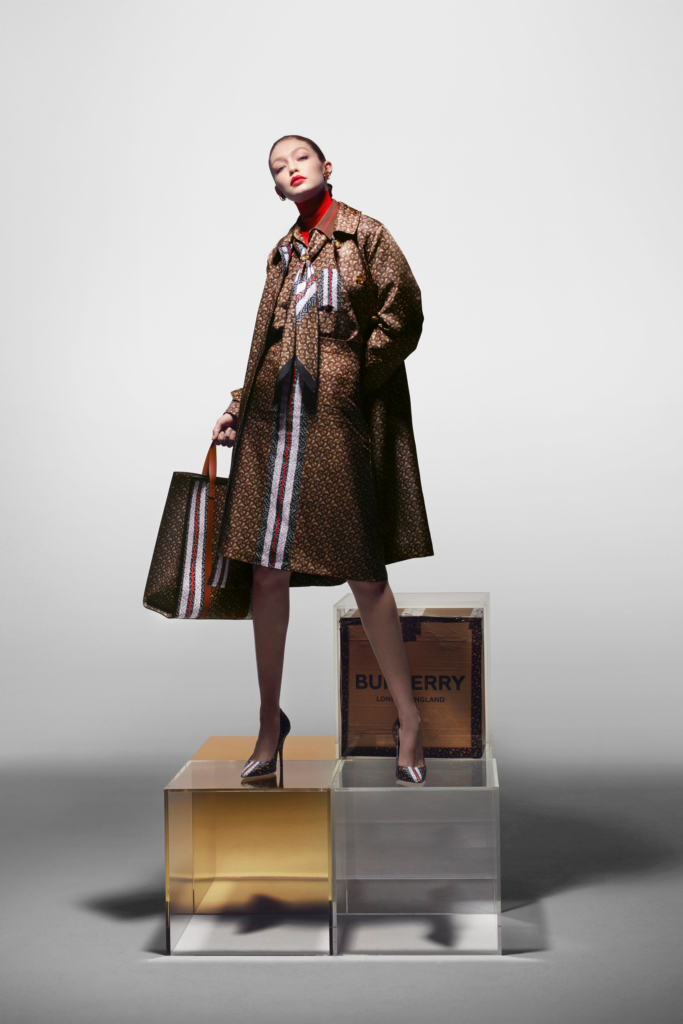 To watch Gigi Hadid star in the Burberry Monogram campaign ad, be sure to check out the designer brand’s video below.