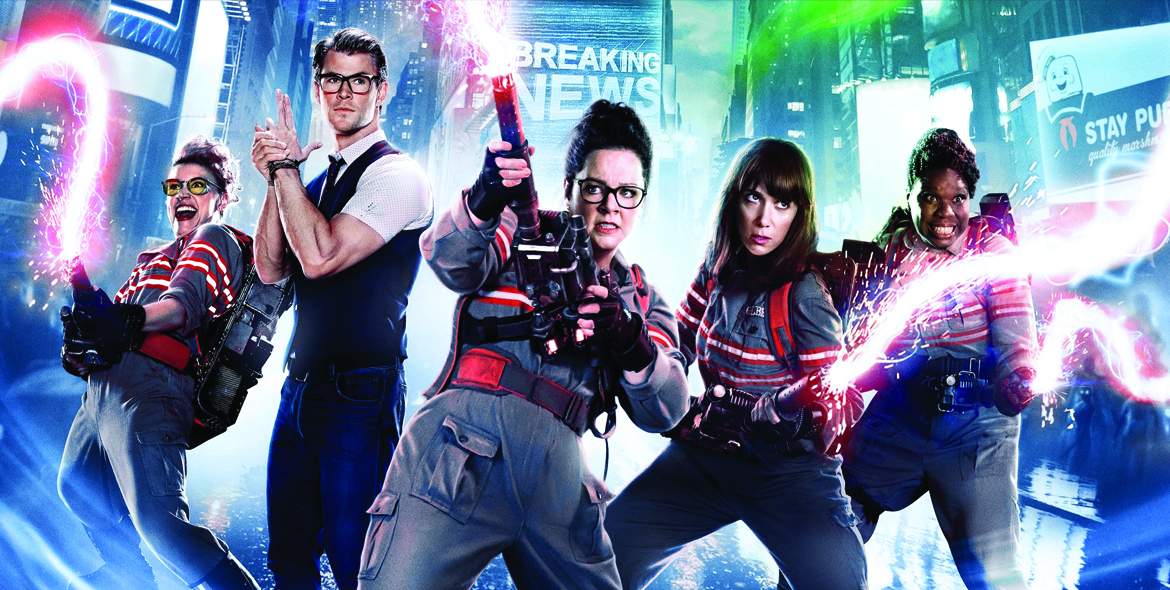 Reboots and remakes are dreaded terms that have made their way into the beloved Ghostbusters franchise. A story is only worth telling twice if there are new things to say, or a new way of saying them. Yet, we have seen time and time again that Hollywood is good at recycling, but bad at repurposing these used tales with anything new. A particularly telling example of this ailment was Gus Van Sant’s Psycho. It re-created Hitchcock’s classic thriller shot-for-shot in a contemporary setting, adding no new perspective to the story. While gems come along on rare occasions, the Hollywood landmine of remakes is primarily stale and, sadly, uninspired. Paul Feig’s newest offering, Ghostbusters, sits unstably between these two extremes. While not bold enough to carve its own legacy, the film still manages to add enough new twists and engaging gags to stand confidently on its own, even if fully in the shadow of it’s iconic 1984 predecessor.

Feig makes his most original statement in casting four comediennes – Melissa McCarthy, Kristin Wiig, Kate McKinnon, and Leslie Jones – to anchor the film. This formula has worked for the director before with hits, such as Bridesmaids and Spy. In these movies he translated the female perspective to male-dominated genres to produce raucous comedy and empowering social commentary. One of the most beautiful elements this casting gives to a franchise film like Ghostbusters is a sense of normalcy for the scientists it portrays. There are no explanations or justifications to warrant a group of female scientists pursuing ghosts. This mismatched team of women are simply individuals pursuing a unified goal. They are fighting for credibility together because their goal is deemed preposterous, not their gender or choice of profession.

Though the casting adds a rewarding dynamic, the film often seems more focused on channeling elements of the original Ghostbusters film. After encountering an effects-driven haunting at a local historical landmark, Wiig’s Erin Gilbert joins labmates Abby Yates (McCarthy) and Jillian Holtzmann (McKinnon) on a quest to prove that ghosts really exist. Once kicked out of their respective institutions when their antics are uncovered, the trio decides to go into business for themselves. Their first call is from an MTA worker named Patty (Jones) who, after witnessing the Ghostbusters work, decides to quit her job and work with them to uncover her biggest fear. While these moments would be funny and well-paced if this were the first incarnation of the idea, the set-up feels long and expects the audience to know what they’re in for. The classic Ghostbuster costumes, logo, and converted hearse are all explained in playful detail. However, with no elements of surprise to help these explanations along, the moments drag. 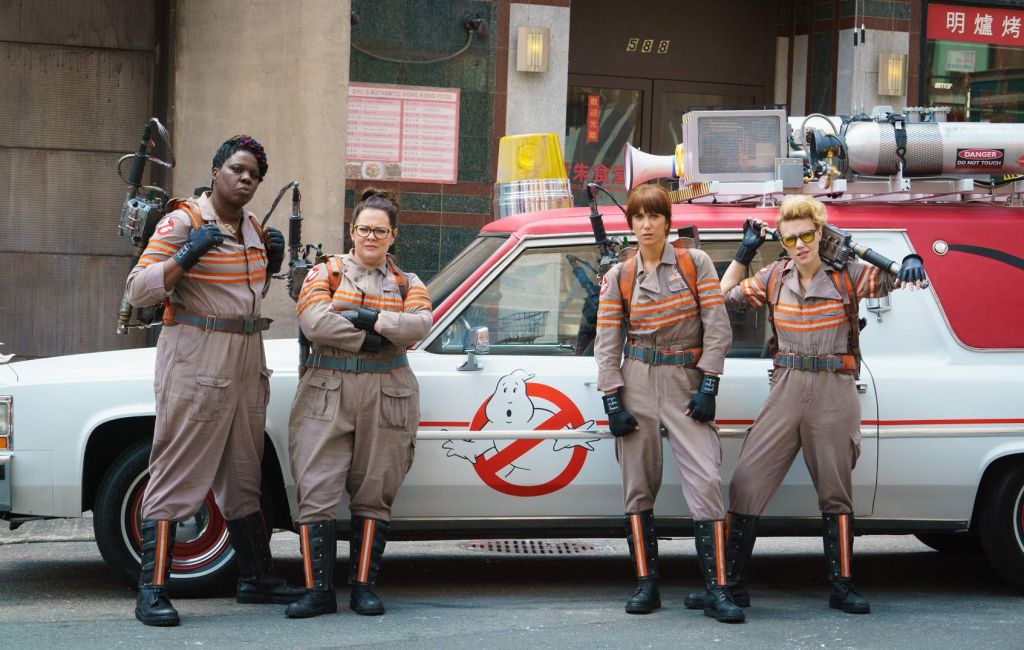 Once the Ghostbusters achieve a bit of the recognition they crave, their focus turns to discovering what has inspired the recent uptick in paranormal activity throughout New York City. This can all be traced to a cartoonish loner (Neil Casey) who has created a machine to summon souls from the spirit world for his own nefarious purposes. The shallow nature of this device takes a toll on the story, as our villain feels like nothing more than a stereotypical caricature conjured simply to wreak havoc. However, it is interesting to note that the two male figures in this film, the loner and the bimbo (Chris Hemsworth), do work toward enhancing the statement created by Feig and his ladies with varying success. Hemsworth, the adorable but air-headed receptionist, is certainly the funnier of the two men. Yet, while his objectification works as a message of female empowerment, it detracts from the idea that our heroines are scientists out to prove their validity in their field. With two negative male stereotypes, the feminist message so pleasantly subverted in first twenty minutes of the film is reinstated.