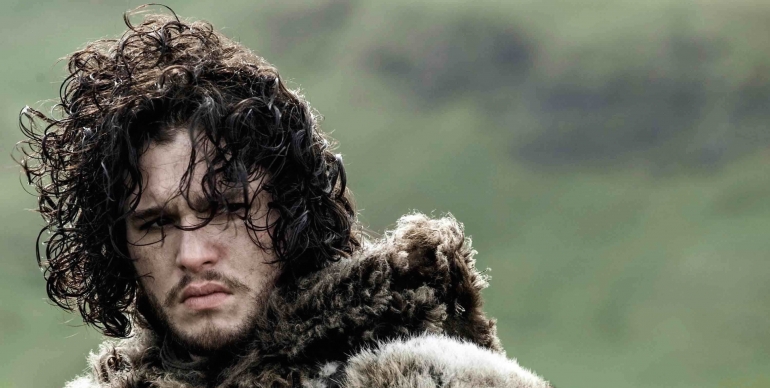 By now, you’ve probably read through all the articles dissecting Game of Thrones hair, specifically the analyses of Sansa Stark’s evolving up-dos. You may even have tried a few fantasy braids and royal hairdos yourself. But have you considered the dramatic intent behind hairstyles of GoT’s top characters? In Westeros, as with most fictional lands, how you wear your hair always comes down to character and storytelling. These popular fighters have precise reasons for dressing the way they do, and thanks to George R. R. Martin, the logic behind their fashion and beauty choices lends itself easily to dynamic change. In other words, GoT boasts some of the finest hair transformations we’ve seen since Marilyn Monroe dyed those brown curls blonde. Here are a few to show your stylist next time you’re at the salon.

SPOILER ALERT: If you are not caught up on Game of Thrones, read at your own risk.

Daenerys Targaryen didn’t start out the bold, determined queen we’ve come to know and love. When we first meet her, she is a slave in the house of her creepy brother. Her hair is similarly a mess, cascading down in wispy strands occasionally gathered into two sophisticated pigtails. This image, the unkempt and slightly immature hair, evolves as she leaves her troubled home and sets out to become The Mother of Dragons. By the time Season 7 rolled around, Khaleesi was sporting regal braids that clearly meant business. If you’re a polished girl, a sturdy set of braids might do you good too.

FROM TOUSLED TO TIED

The evolution of Jon Snow goes far beyond his tresses, but a look at this GoT hair transformation is worth the time for any man trying to tame rebellious curls. Jon starts out like many college-bound boys do, doe-eyed with a scattering of tousled licks gelled up until they look like brittle little sticks. He keeps this look going, always growing, until that glorious resurrection scene. Then, having renewed purpose and a reinvented sense of style, Snow quit casual hair and did his locks up in a manbun. That’s right, gents. A confident manbun is far better than top-heavy chaos.

FROM WAVES TO A PIXIE

Even buzz cut legends like Natalie Portman are no match for the GoT hair transformation of Cersei Lannister. Initially the spoiled daughter of royalty, this Queen’s constant deviances finally caught up to her mid-series. To highlight her guilt, zealots chopped off those luscious locks, leaving Cersei with ragged short hair that was too harshly shorn for anything but the grungiest 90s clubs. Now, she’s back in power with a grown-out pixie cut. And that is how GoT gave us the most dramatic feminist hair transformations in the history of television.

ON THE BENEFITS OF GROOMING

A little touch-up can go a long way. You’ve probably heard this before after going one too many weeks without trimming your beard. Samwell Tarly is a prime example of what a little shave and extra gel can do for your lumbersexual look. As a member of the Night’s Watch, Sam showed a typical male disdain for his hair. It wasn’t until his trip to Oldtown with Gilly that he started caring –  or rather, someone else started caring – about his appearance. We imagine it didn’t take much, just some shaping and going over with a comb. Let him stand as a testament to the surprising ease with which you can whip that scrappy beard into shape.

HOW YOU PULL BACK YOUR HAIR

It’s all over the internet by now, so we don’t feel ashamed sharing. Sansa’s hair in Season 7, particularly for the premiere, was regal in a very ominous way. It was Cerseiesque, long and pulled back with stiff braids that indicated real power. There’s a style lesson to be learned here along with the obvious themes of exchanging power: how you pull back your hair can totally change your look. Stiff and long is sophisticated and even aggressive, while bouncy curls lightly clipped back with pins are youthful and bright. Sansa’s future role in Westeros may be uncertain, but her hair transformation is clear as day.

Learn your lessons well from GoT hair transformations. The way you wear those tresses can determine your future. We’re not just saying that because we feel the need to be as epic as our subject matter. The right look really can change your life, for better or for worse.