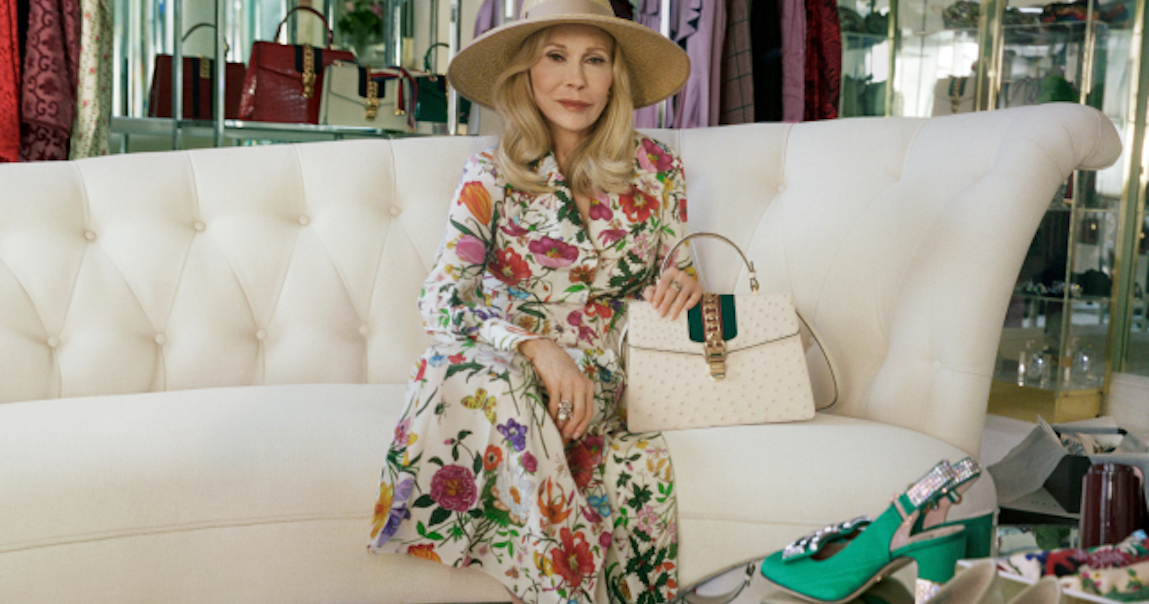 As far as Gucci is concerned, it’s legends only for their latest season of fashion campaigns. Hot off the heels of actress Tippi Hendren starring in the designer label’s jewelry ads to singer Harry Styles fronting the men’s tailoring collection, the luxury brand has cast the legendary Faye Dunaway in the new handbag campaign by creative director Alessandro Michele. 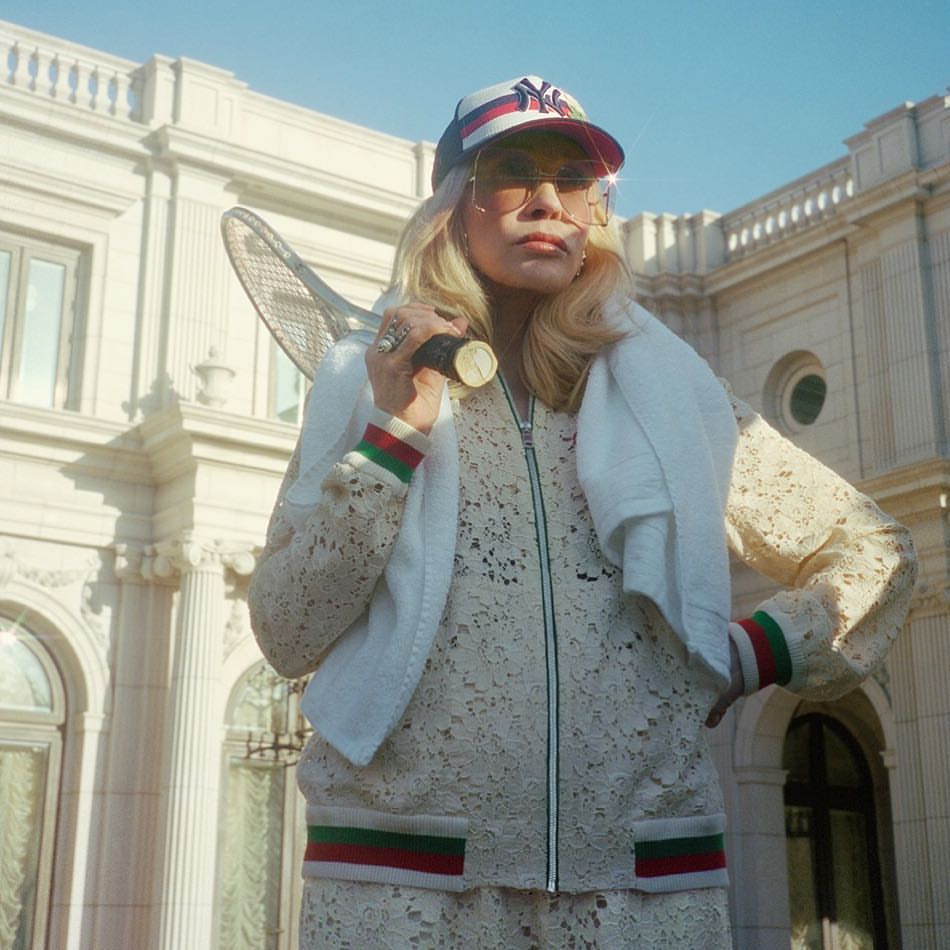 The 77-year-old Oscar-winning actress, who you may know best for her roles in classics like Bonnie and Clyde, Mommie Dearest, and more. But now, you can get to know the icon for her style, as the star lends her fabulous fashion sensibility to a sporty and glam photo shoot centering around the Gucci Sylvie bag.

This season, the Sylvie shoulder bag has been transformed to be a multi-use cross-body tote – which we absolutely love. You can see the style best as Dunaway pairs her accessory with a lace track suit on the tennis courts, or with a glamorous coat in the backseat of a limo. 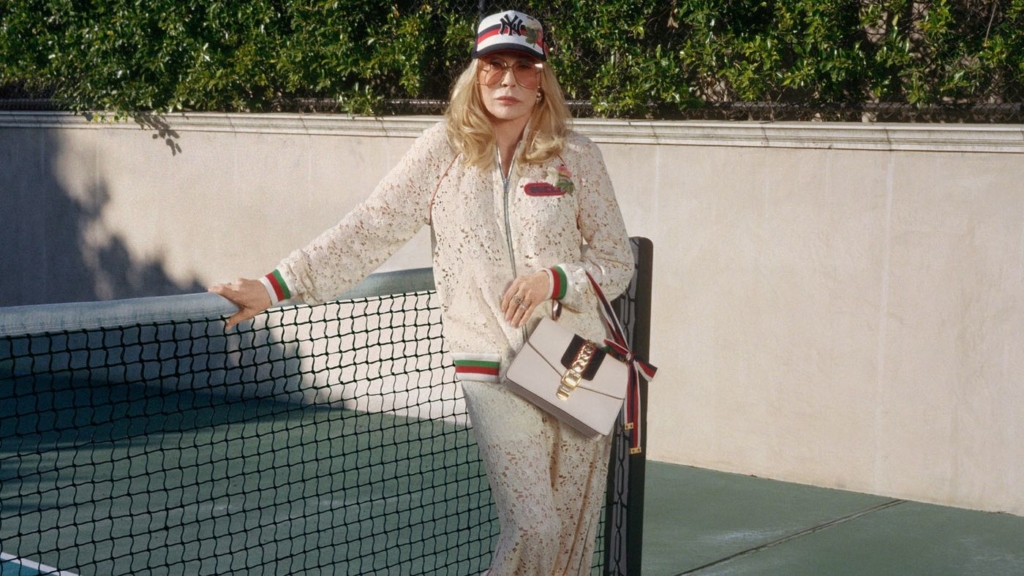 If you are noticing that the actress is going outside of her usual style comfort zone, it’s because she is feeling very inspired by the moments Gucci has been having lately.

“The Gucci style has taught me to be more adventurous again,” Dunaway told the Telegraph about working with the label. “Everything I tried on at the initial styling session I loved, and I mean everything! I was genuinely surprised.” 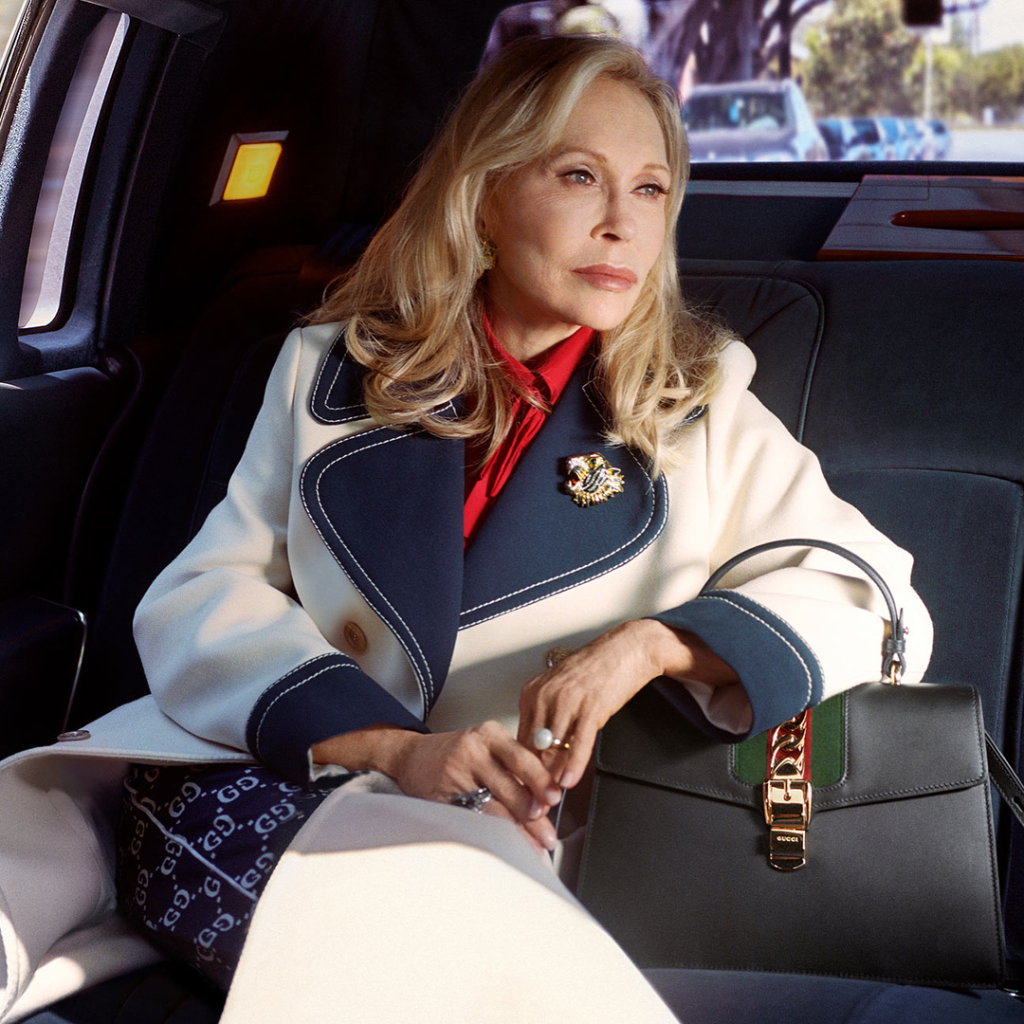 In the accompanying video portion of this campaign, Faye Dunway plays the mother of singer and actress Soko, in a glamorous Beverly Hills-inspired short film. Both the photo shoot images and the video were lensed by Petra Collins, famed creator and frequent Gucci collaborator.

You can view the Faye Dunaway Gucci campaign video in the player below.