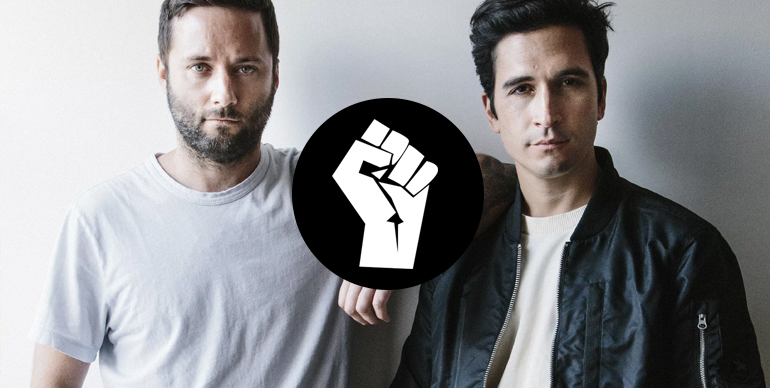 In some way, we’re all a little like the best fashion power couples in the world. It’s that whole “common interests” thing. Maybe you don’t wake up and design clothes with your partner all day, but you two share something else. It could be a profession, but it could also be a love of Game of Thrones or the same favorite meal. The point is, when you’re doing something you love with someone you love, it makes both even better. These lucky fashion power couples have started beauty companies and designed critically-acclaimed clothing lines as a romantic duo. Check them out to see how it’s done.

Ed and Mark are the fashion power couple of fashion power couples. Both men are legends of the fashion management industry. Filipowski has worked with the world-famous KCD company since it was founded early in the 1980s. KCD provides marketing service and PR assistance to hundreds of the finest names in fashion. During his time with the company, Filipowski has managed prestigious clients such as Givenchy, Swarovski, Marc Jacobs, and Victoria’s Secret. Now, after over 20 years climbing the corporate ladder, he’s chief executive. While Filipowski manages high-end fashion marketing, Lee oversees one of NYC’s most iconic luxury stores as CEO of Barneys New York. The couple got hitched in 2015 and now reside in Chelsea. Just imagine what their home wardrobe must look like.

Some fashion power couples work together. That’s how these British lovers work. Simmons, a stylist-slash-designer who makes shoes, hires McDean to photograph her latest collections. When he’s not working with Simmons, McDean shoots editorial spreads for magazines like Vogue, W, and Harper’s Bazaar. This couple has a romantic reputation in the fashion world. At fashion week, they often stroll about hand-in-hand between shows and photoshoots. Though originally from British city of Manchester, the couple now lives in a colorful apartment in Chelsea.

J. Crew President Jenna Lyons kept her relationship with jewelry executive Courtney Crangi under wraps when the couple first got together. It wasn’t until Lyons won one of Glamour’s Women of the Year awards 6 months later that the two went public. On the stage that night, Lyons dedicated her award to Crangi and her son. Rumor has it Lyons and Crangi met through Vogue fashion news director and playful matchmaker Mark Holgate. Though both giants in their luxury industries, these girls like to keep it casual. They’re one of the least intimidating fashion power couples out there.

The day designer Art Ortenberg started dating critic Cathy Horyn boded well for Oscar de la Renta. Ortenberg, the man behind Liz Claiborne, put a stop to the year-long beef between Horyn and De la Renta over Oscar’s 2012 show. Horyn had described the designer as “far more a hot dog than an eminence grise of American fashion,” which understandably lead to a few harsh exchanges over social media. After the De la Renta debacle, Ortenberg and Horyn remained a great couple. Her re-invents women’s officewear, and she critiques top fashion designers in New York, London, Paris, and Milan.

Fashion’s award for most adorable fashion power couple goes to these two. Costello and Tagliapietra are a super trendy couple. Vogue nicknamed them the “lumberjacks of fashion” before their signature look was a hipster staple. The duo originated sexy, colorful plaid and frontiersman beards in the late 2000s. Before they met in 1994, both designed streetwear and premiere carpet looks for actresses and musicians in downtown Manhattan. Now, their brand Costello Tagliapietra gathers together talented women from across the globe to design womenswear for the confident lady.

Controversial as these two might be, their influence on the fashion industry is undeniable. For one, the CFDA rulebook keeps changing every time Kanye finds another unwritten tradition to break. Kim’s influence is more positive. With the help of her family and social media presence, she has established herself as a fashion and makeup designer worthy of some attention. What legacy will this pair leave for future fashion power couples? After 2017’s surprisingly favorable Yeezy fashion show last week, that remains to be seen. It’s brave to say, but maybe Kanye is finally using some fashion sense.

These boys met at Parsons as juniors. McCollough was a glassblower and Hernandez a med school student. From their first conversation together, the two designers say it was clear they shared a professional and emotional connection. That connection led to a joint thesis collection which grew into Proenza Schouler, one of modern fashion’s subtle, innovative triumphs. Jack and Lazaro combine tropical prints with vintage designs to create a wardrobe that is both sophisticated and fresh. Despite the spontaneous state of their on-again, off-again love affair, the two are dedicated to keeping their brand relevant. Proenza Schouler is a collaborative label that deserves a long life.

In the fashion world, love comes in all styles and patterns. I applaud these couples’ work and their inspiring love. Valentine’s Day may be old news by now, but any day is a fine day to celebrate love.