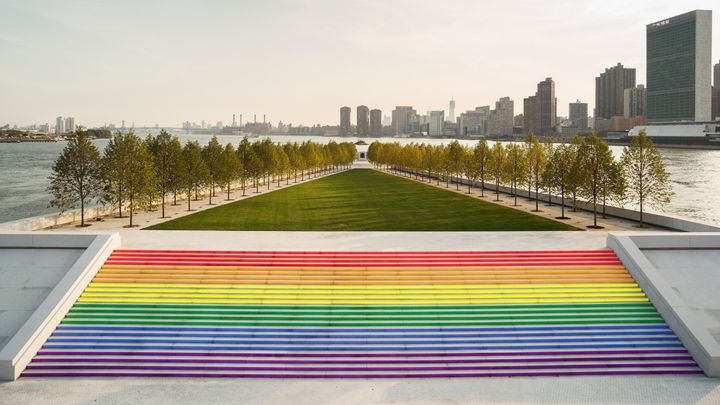 The display being seen as New York City’s largest rainbow pride flag is set to be unveiled on the staircase of Four Freedoms Park on Roosevelt Island. The 12 x 100 foot steps, meant to honor the LGBTQ+ community, will be opened during a “Ascend with Pride” ceremony on June 15 during World Pride event.

Franklin and Eleanor Roosevelt’s great-granddaughter Julia Ireland said that this display is also a fitting tribute to her family’s legacy of advocacy and inclusivity.

“Our concept of human rights is always evolving; the idea of freedom is not static,” Ireland wrote in a blog post. “Part of the park’s mission in commemorating and celebrating those freedoms is to educate current and future generations and to inspire them to re-define and re-imagine those concepts for themselves.”

Make sure to stop by to bask in the impressive scene yourself, remember the history associated with it – and definitely take some great commemorative photos with the rainbow pride steps!