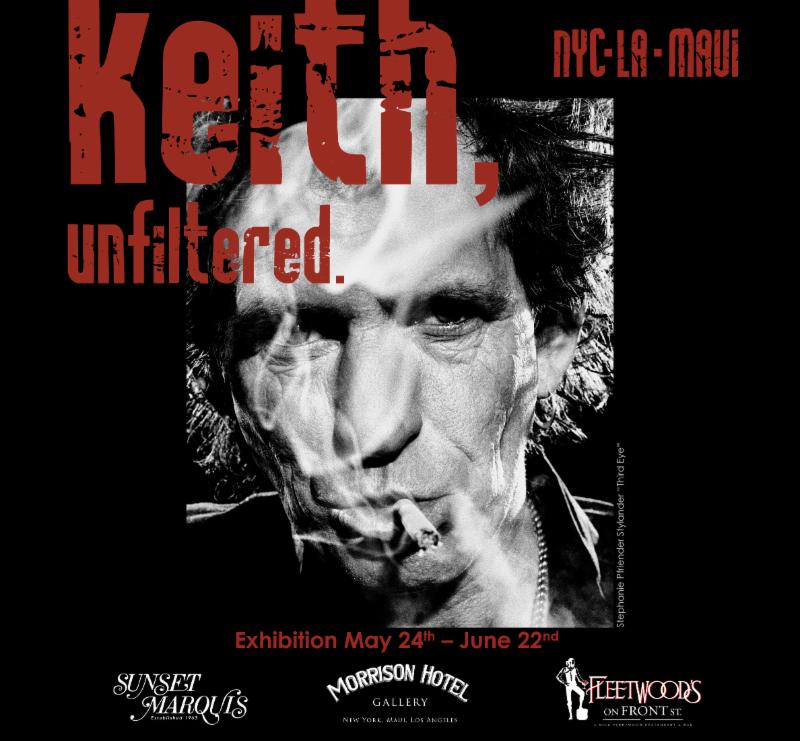 In conjunction with the Rolling Stones‘ ongoing “No Filter” tour, the Morrison Hotel Gallery is presenting Keith, Unfiltered.  The photo exhibition is “a celebration of a legend amongst guitarists and the driving force behind a band that is the epitome of rock royalty,” according to event organizers. It will be open to the public from May 24 through June 22 in three Morrison Hotel gallery locations: New York City, Los Angeles, and Maui.

“Photographs within the exhibit showcase Richards and bandmates in classic portraits, candidly at work, and in moments of relaxation beyond the frenetic energy of the sold-out stadiums and screaming fans,” according to a press release. “Images such as Ethan Russell’s photo of Richards posed nonchalantly beneath a ‘Drug Free America’ poster; a shot by Michael Cooper of Richards floating in a swimming pool at Villa Nellcôte in the south of France; and Ken Regan’s photo of a shirtless Richards quietly making breakfast in the kitchen at the Montauk home of Andy Warhol.”