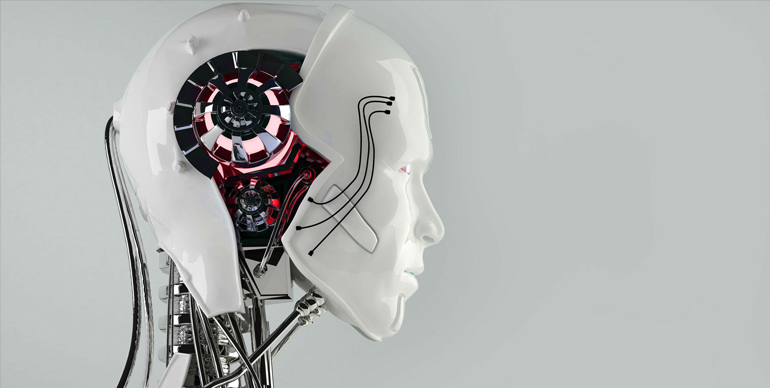 Developers are getting smarter in what they can do with technology. This knowledge came fast. When you look at where the world was at the dawn of the second millennium versus where we stand now, it’s almost terrifying. Take the Wachowski sisters’ Matrix films. When they first came out in 1999, the sci-fi universe of Neo and Morpheus seemed like fantastical fantasy. Today, virtual technology and augmented reality can sort of trick us so we react to simulated universes that aren’t our own. Yet, while VR is main focus in most fashion and beauty circles, another futuristic technology is creeping up on us. This emotional AI software replaces the emptiness of virtual space with technology that can detect and react to human emotions. We aren’t just edging on Matrix territory anymore. In 2017, iRobot may be coming true too.

Over the past few weeks, AI technology has been vying for first place in the fashion beauty technology race. The products attracting this first wave of attention are far from robotic entities with the power to take over the world. Most are beauty AIs who confirm appointments, administer surveys, and share makeup tutorials via text message. This might not sound particularly innovative, but don’t judge these gadgets too quickly. What’s ground-breaking about them isn’t what they communicate but how they construct messages. Rather than wording their responses like an email blast, AI chatbots select their words based on emotional subtext they gather from your texts. If you sound angry, they will apologize. When you like what they say, they’ll join in with your enthusiasm. Sometimes, you even get appropriately-themed emojis! Technology that can emotionally match humans in a real-time interaction is revolutionary and lays the groundwork for something even greater.

THEN CAME THE EMOTIONS

Beauty technology hasn’t yet breached this next level of AI interaction. In some ways, it isn’t explicitly a fashion beauty feature. However, it could have game-changing implications for all industries if properly developed. For now, emotional AI is relatively simple. The recognition software allows machines to learn facial patterns and understand emotional reactions based on user responses to different messages. When the tool generates negative words, it uses a camera to record the shape of your eyes, lips, and other features. After a few trial sessions, it has a pretty good idea of how you look when you’re angry and can sense anger by scanning your face. Scary as this new phase is, it bridges the gap between emotions and communication that is often severed by social media. Ironically, many developers call it “the technology that will teach us emotions again.”

WHAT WILL COME NEXT?

As emotional AI develops, live robotic assistants will become more popular. That’s what the technology is built for. Rather than losing ourselves in virtual universes with no connection to the outside world, we can interact meaningfully with technology in the real world. They’ll have the same capacity to browse through a database with thousands of styles in seconds, but their answers to your questions will feel more genuine. They could make it possible for everyone to have a virtual assistant at home so they wouldn’t have to frequent the salon or the spa for special beauty treatments. Yet, for all its benefits, the danger of emotional AI technology is you run the risk of substituting machines for people. In trying to solve the emptiness of virtual reality, AI may further isolate us from each other. Definitely something to watch moving forward.

After years of virtual reality discussion, emotional AI is a refreshing change of scenery in the fashion beauty world. Like any new piece of technology, it has both dangers and benefits. As more industry gadgets emerge, it will be crucial to keep a balance between the helpful and the intrusive.