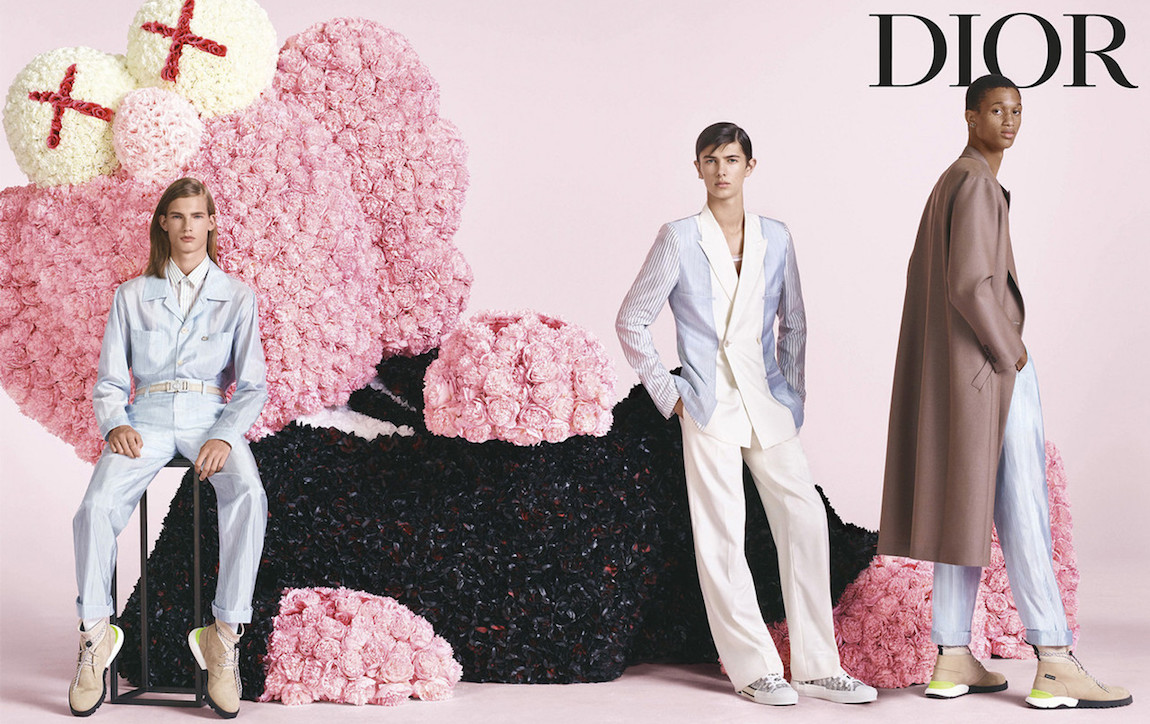 Menswear designer Kim Jones is shaking up the fashion industry, and his new position as artistic director at Dior Homme is certainly one to take note of. This season, Jones made his Dior runway debut with a brand history tribute collection at Paris Fashion Week, and now the line is being represented in the striking new Dior Homme Spring/Summer 2019 campaign imagery.

As part of this campaign, you will see visuals and designs from Dior Homme’s partnership with the American artist Brian Donnelly – aka KAWS. The creator’s famous character BFF appeared at the Parisian runway show in the form of a 33-foot-tall pink flower sculpture, which is echoed here in the series of campaign photographs by Steven Meisel. Of course, BFF is showing off an precisely tailored black suit!

You can see tons of KAWS influence prominently displayed throughout this collection – including the Dior logo, which has been re-imagined in the artist’s distinct script style and in how the famed Dior Homme bee design has been given a playful cartoon makeover. 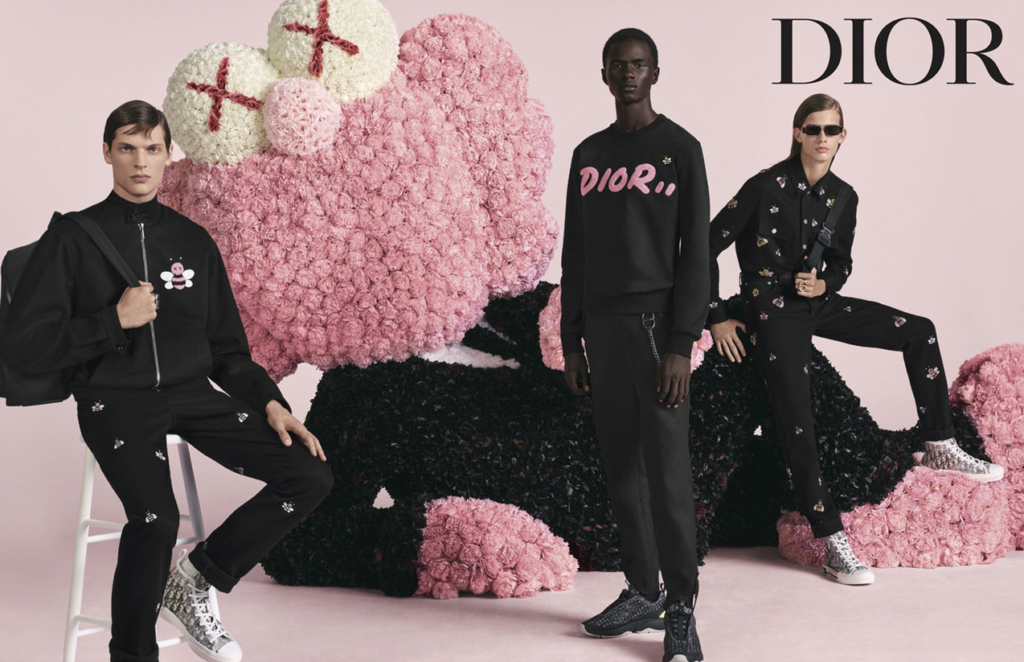 “I wanted the advertising to reflect the spirit of the men’s summer show and the beauty of Dior,” Jones said, via WWD. “I’ve always wanted to work with KAWS, I think he’s super chic and also his work speaks to a lot of people.”

There is a sharp contrast in this line between the light pastel shades and the all-black streetwear ensembles. Somewhere between suits and sweats, you will find these compelling garments, which feel like collector’s edition pieces that can’t be missed.

Among the campaign’s handsome and impeccably-dressed models is Prince Nikolai of Denmark, who sports a summer-ready blue and white suit with cartoon graphic sneakers.

The full Dior Homme Spring/Summer 2019 campaign will be rolling out in advertorials everywhere starting on October 31.

Keep an eye out, as you’ll be able to shop each of these pieces in December, as a preview to the entire Spring 2019 line.

The 29-year-old British actor fronts the video and black and white print imagery campaign for the travel retail market.