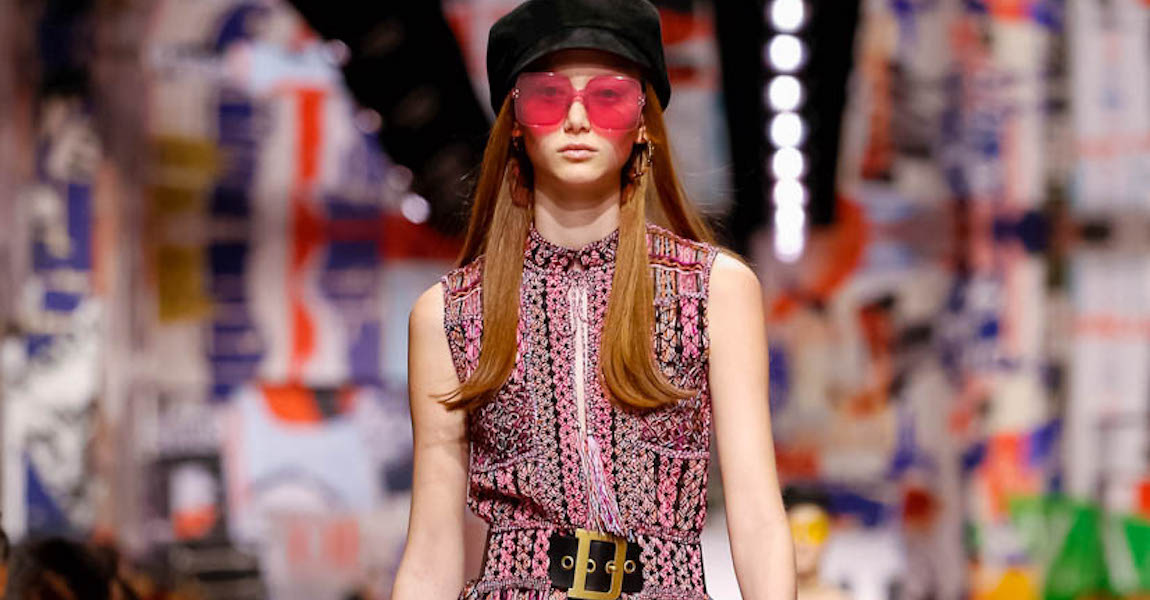 Dior took Paris Fashion Week by storm with its latest presentation, which took place in the poster-lined gardens at the Musée Rodin. The Dior Fall 2018 ready-to-wear showcase brought an emphasis to big movements of the 60s, while making a comment on the current state of our world’s political and cultural climate.

Though the set’s sea of student protest signs and graffiti printed empowering statements is distinctly modern, the show’s decor also featured distinct references to change-making eras of the past. Artistic Director Maria Grazia Chiuri was inspired by the year 1968 for this collection, especially the 50th anniversary of the May Paris Student Riots and following revolutionary movements. The runway became a reflection on how the world has changed (and not) over the past 50 years.

Interestingly enough, 1968 also marks the year that Christian Dior, once exclusively a haute couture house making custom orders, first launched the ready-to-wear Miss Dior line. Clearly it was a time of change, across all the realms of politics, social consciousness, and fashion.

“The collection evolves in a spirit of freedom as much in its creation as in its associations, shapes and materials. This act of cutting loose and choosing one’s own image is precisely what Maria Grazia Chiuri sets out for the women of today,” the brand shared on its website. “Fifty years after the momentum of urgency and creativity that the year 1968 brought, this is an opportunity for Maria Grazia Chiuri to revive an era when the rules of fashion were turned on their head. Indeed, thanks to this emulation which stimulated the emergence of new ideas, creativity for creativity’s sake, the cut-up technique and travel as a means of discovering others but also oneself, youth occupies a place at the centre of the scene.”

We could just as easily see ’68 fashionistas wearing these looks into the 1970s as we can currently visualize these garments being loved ahead into the 2020s.

Click through the gallery to see straight-from-the-runway styles from the Dior Fall 2018 presentation. 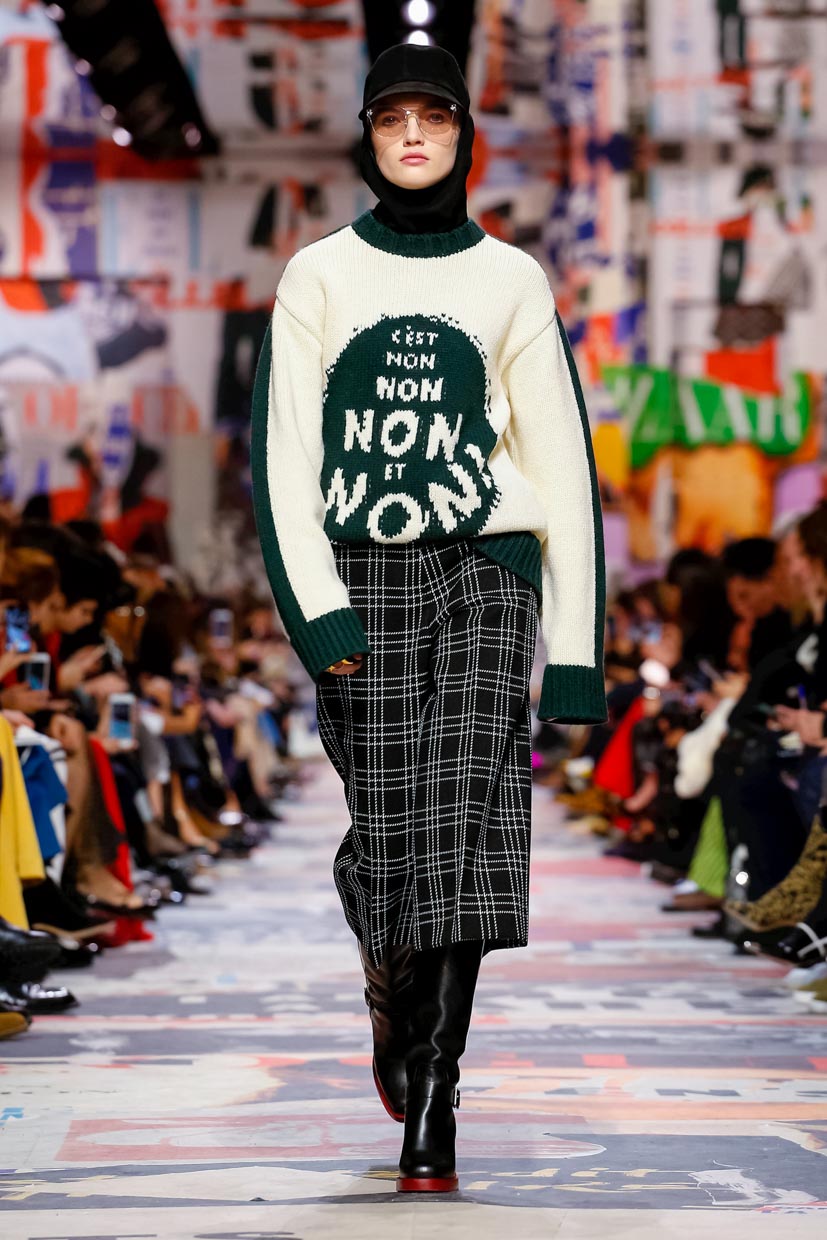 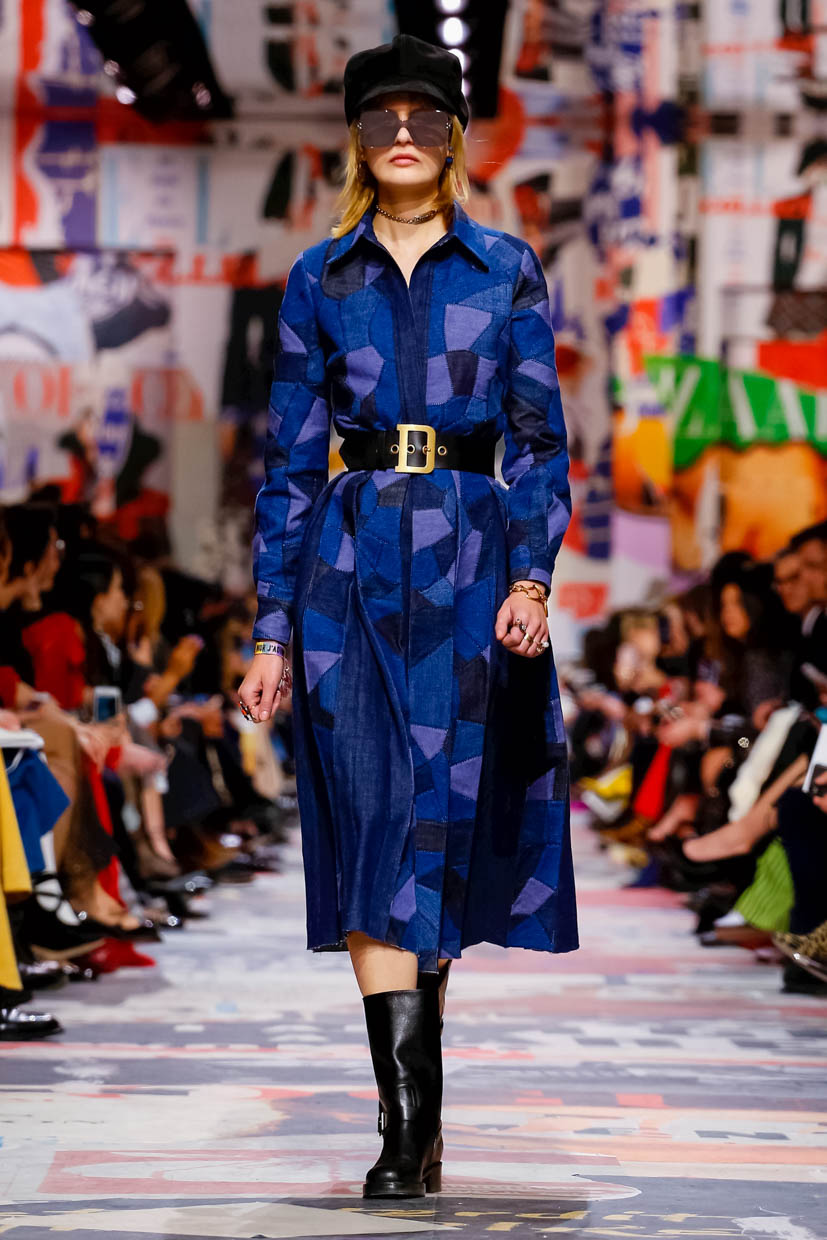 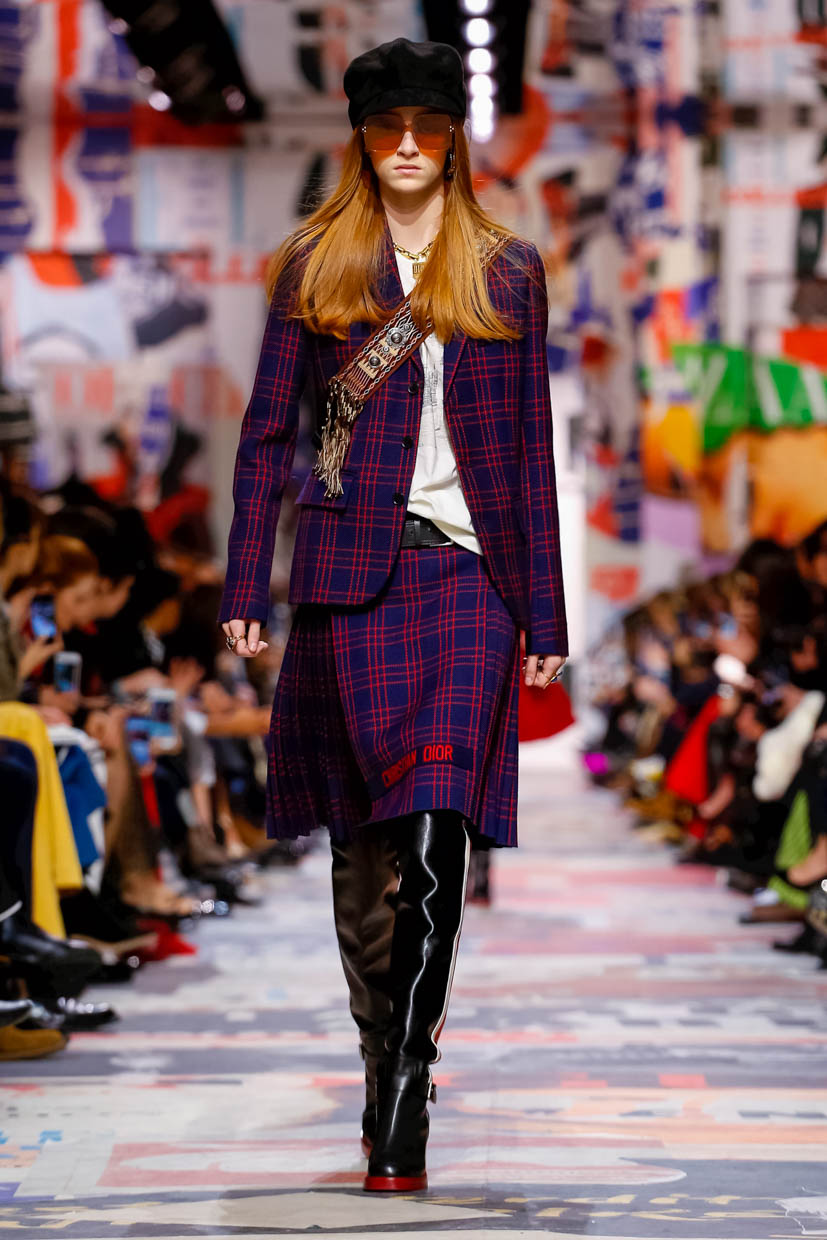 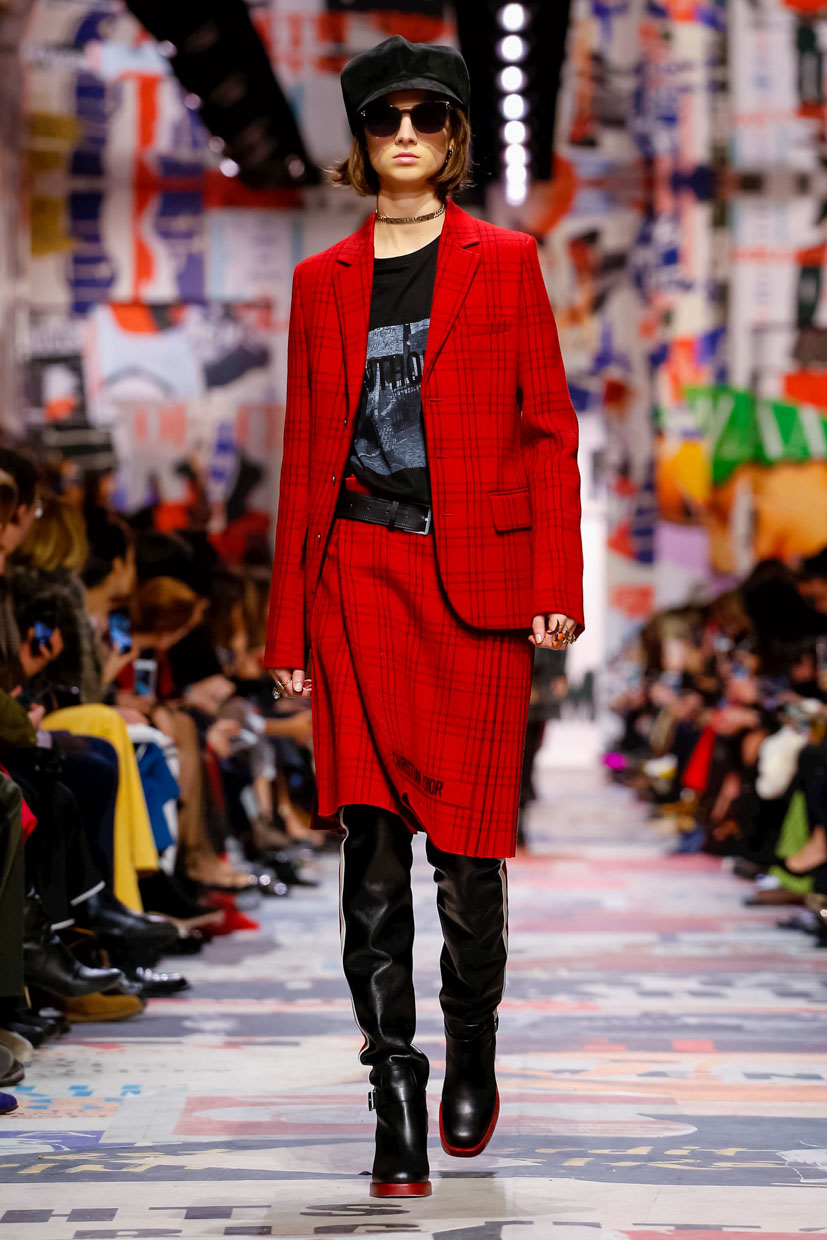 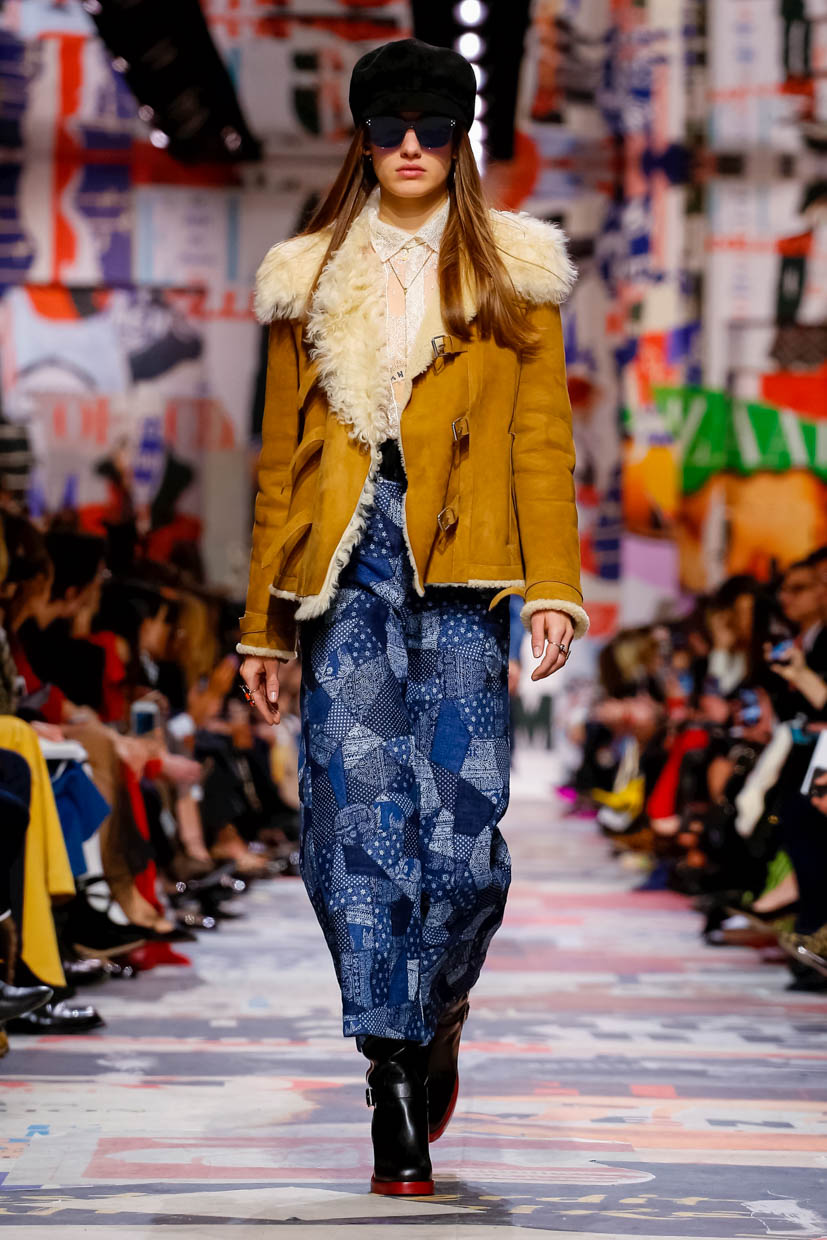 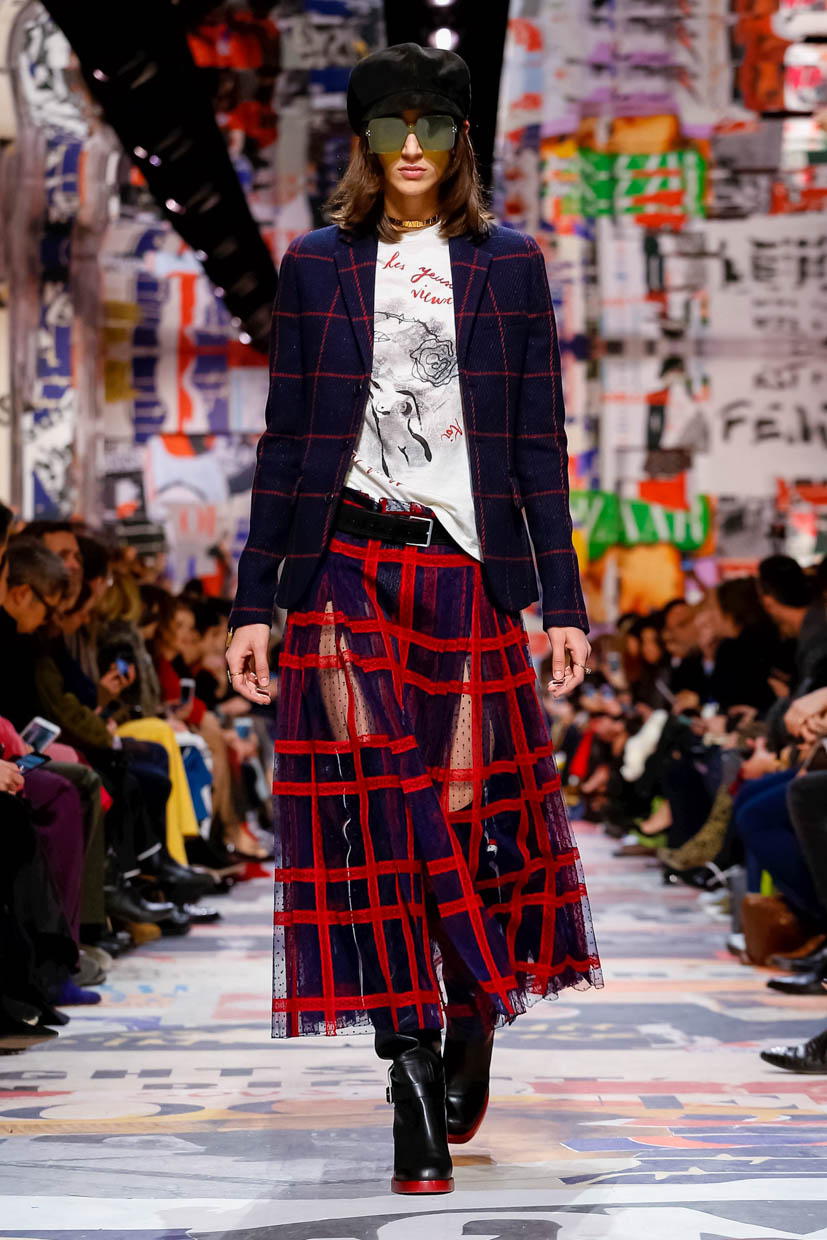 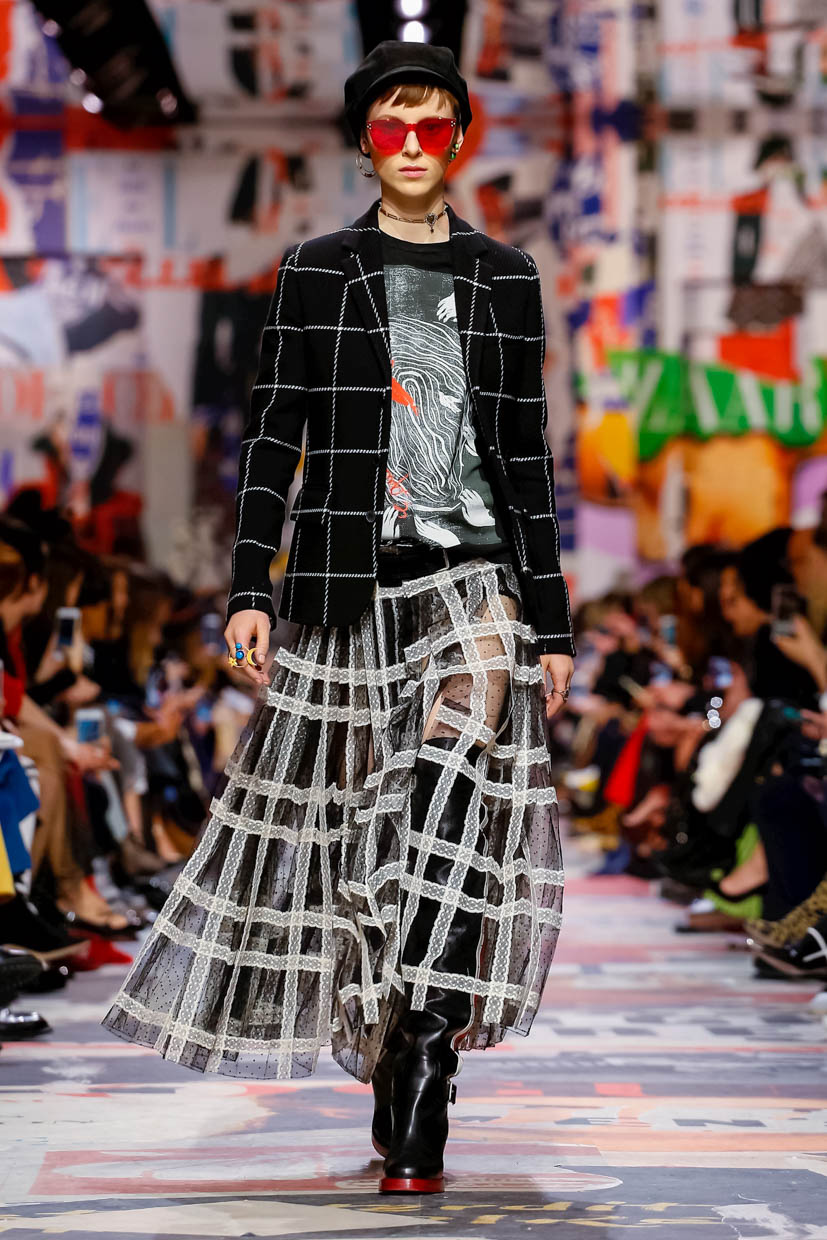 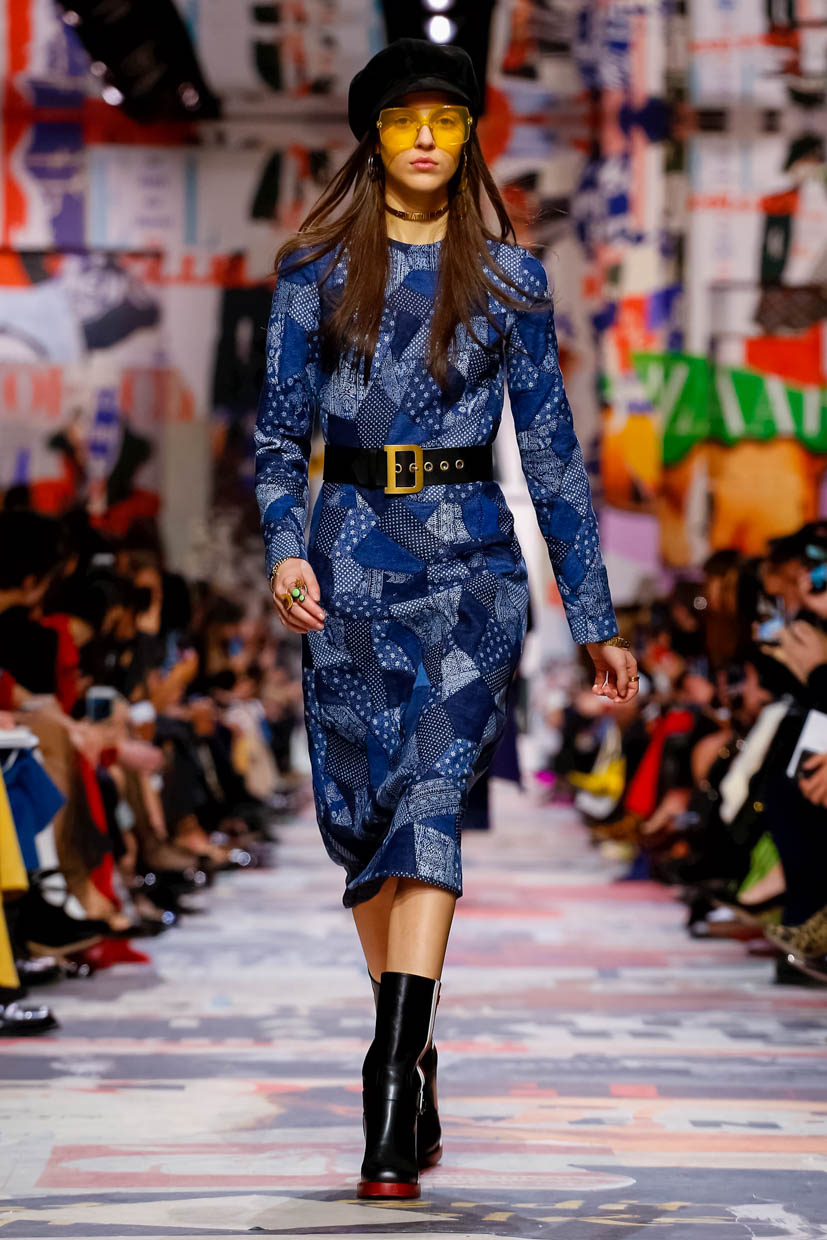 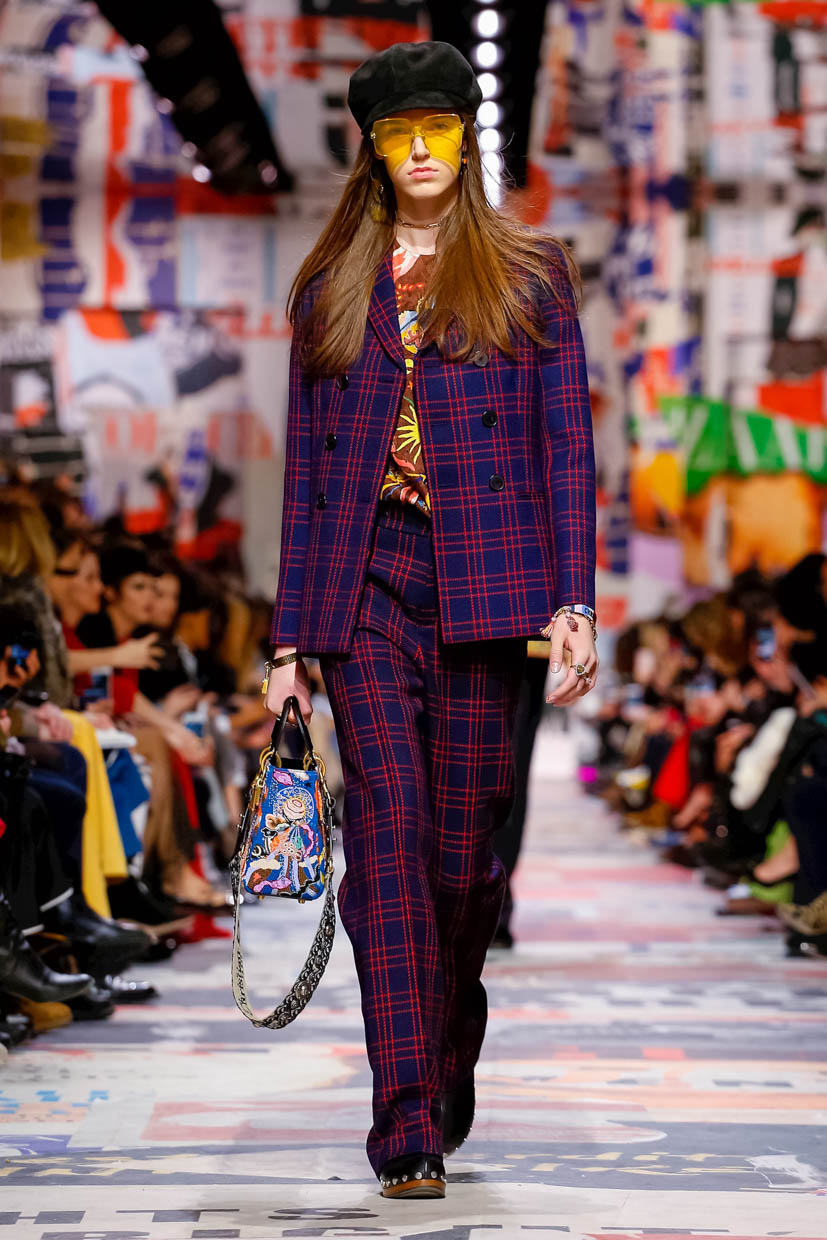 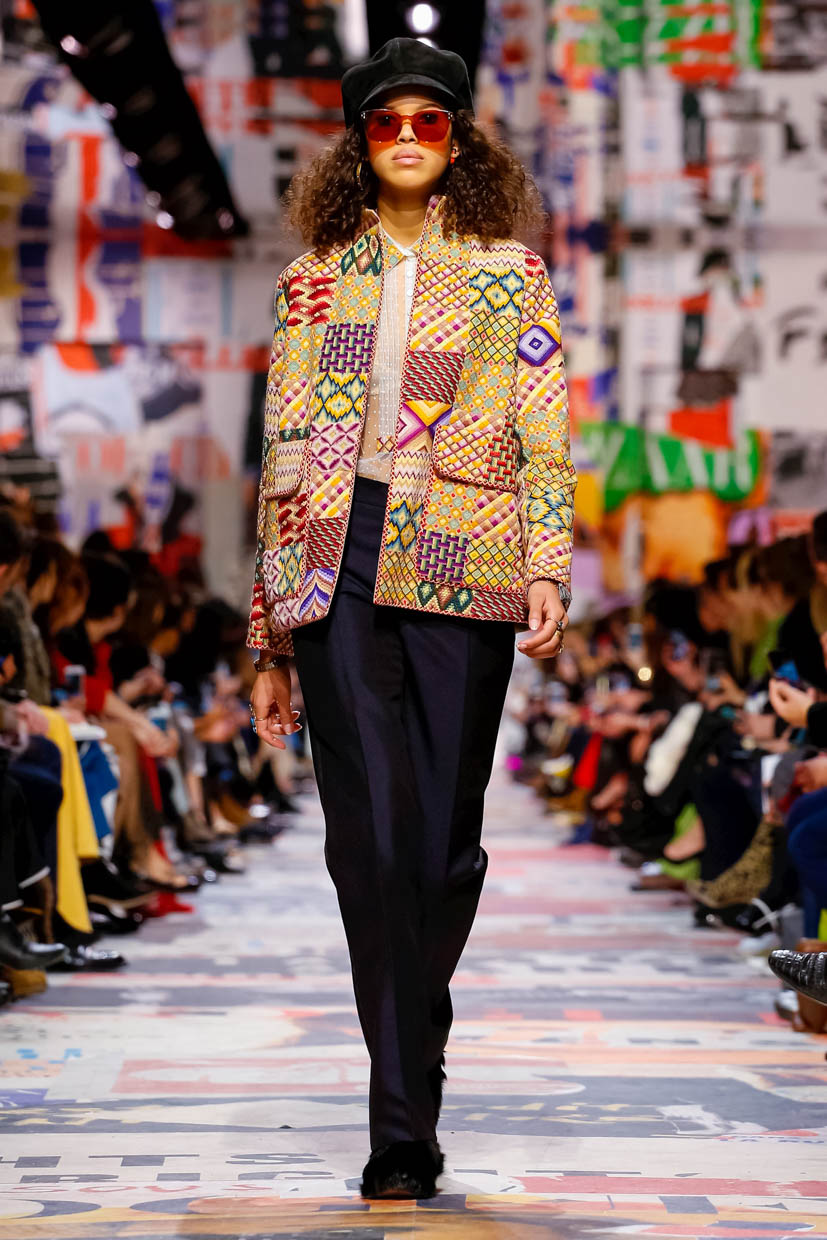 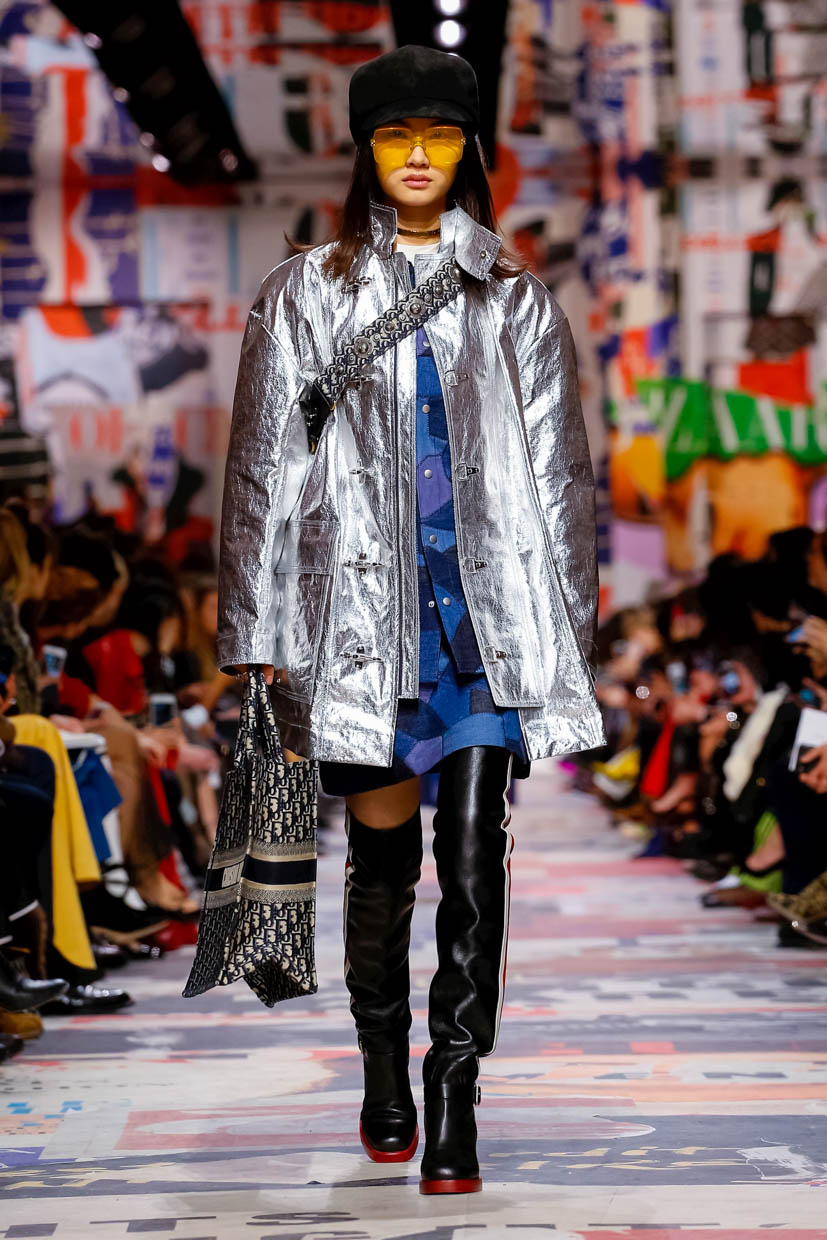 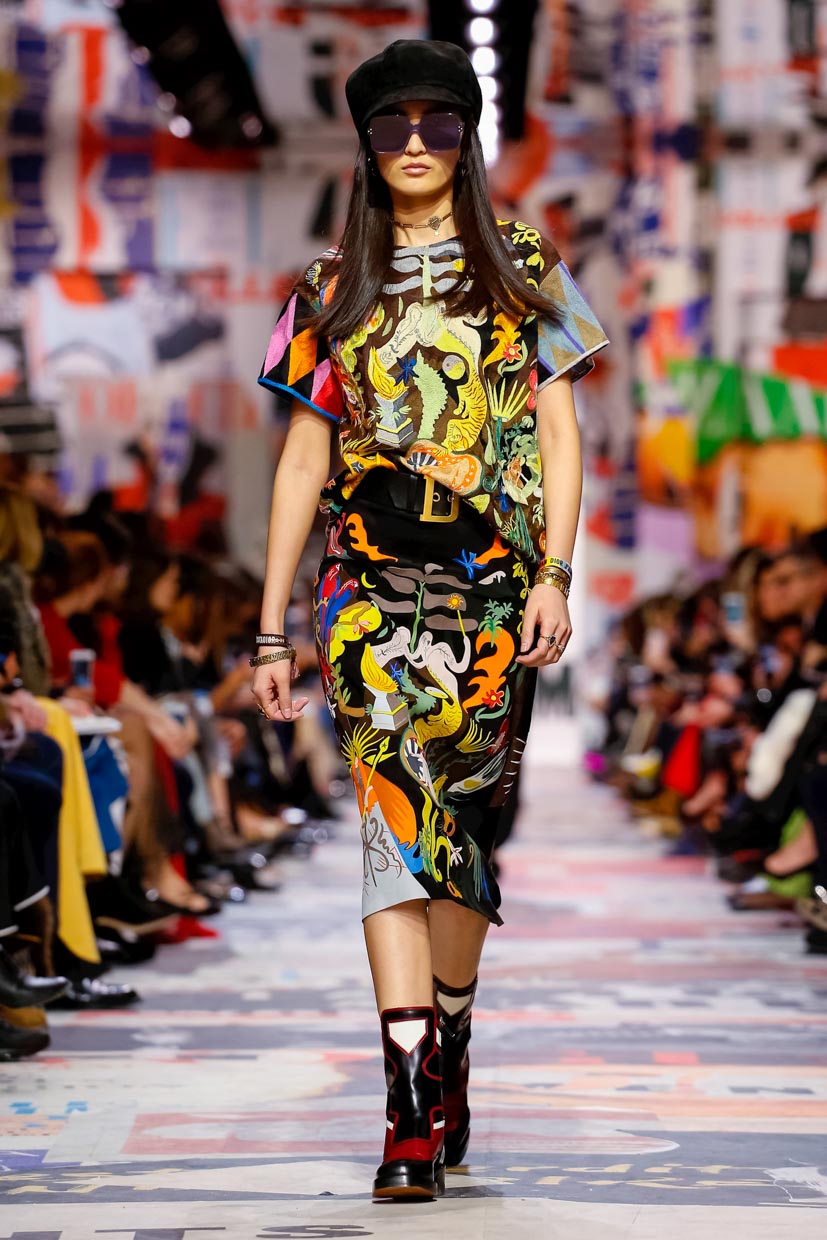 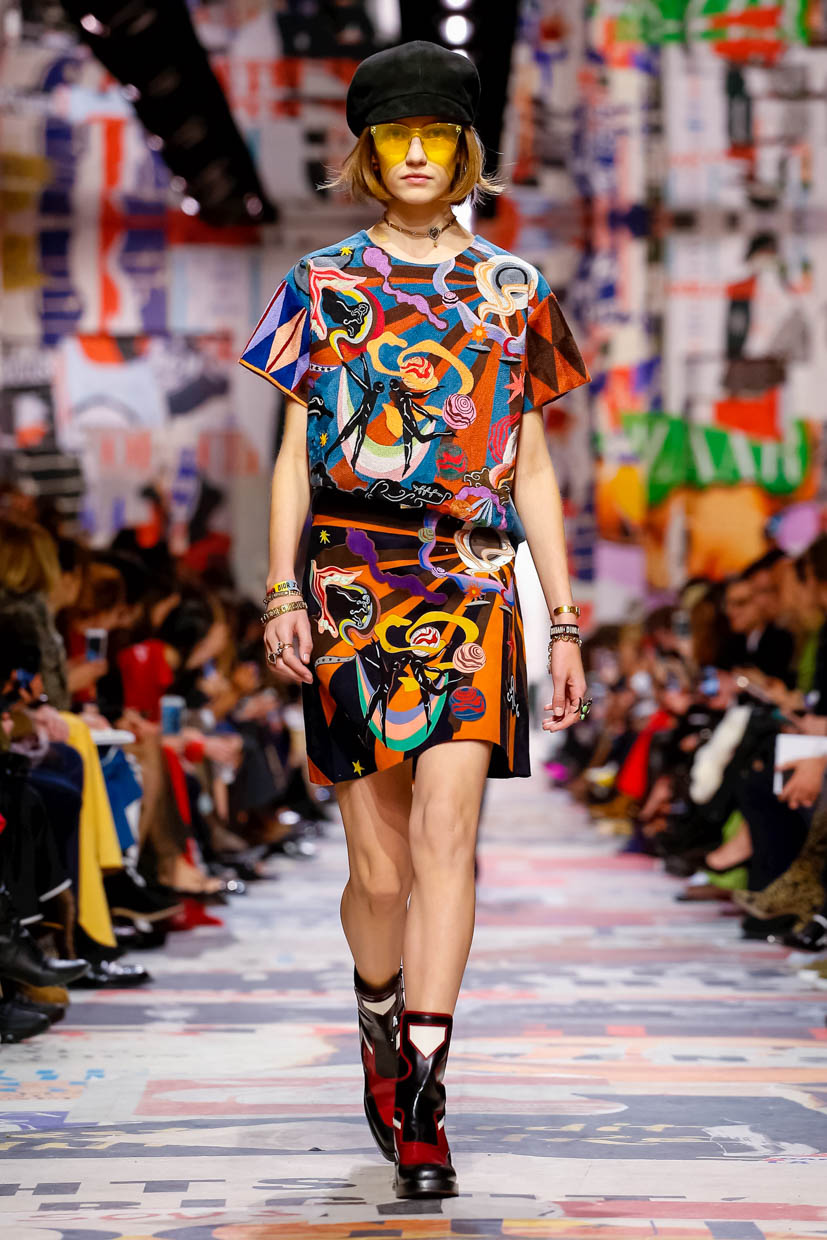 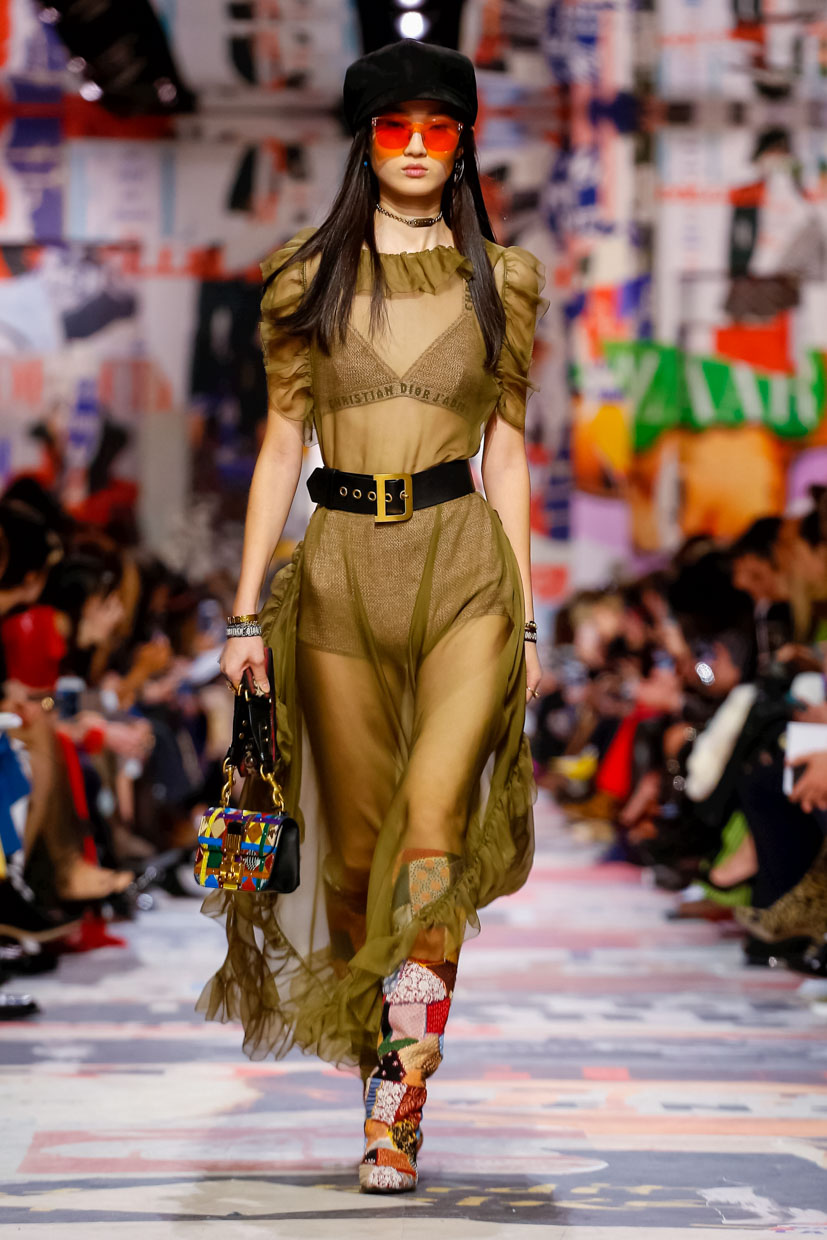 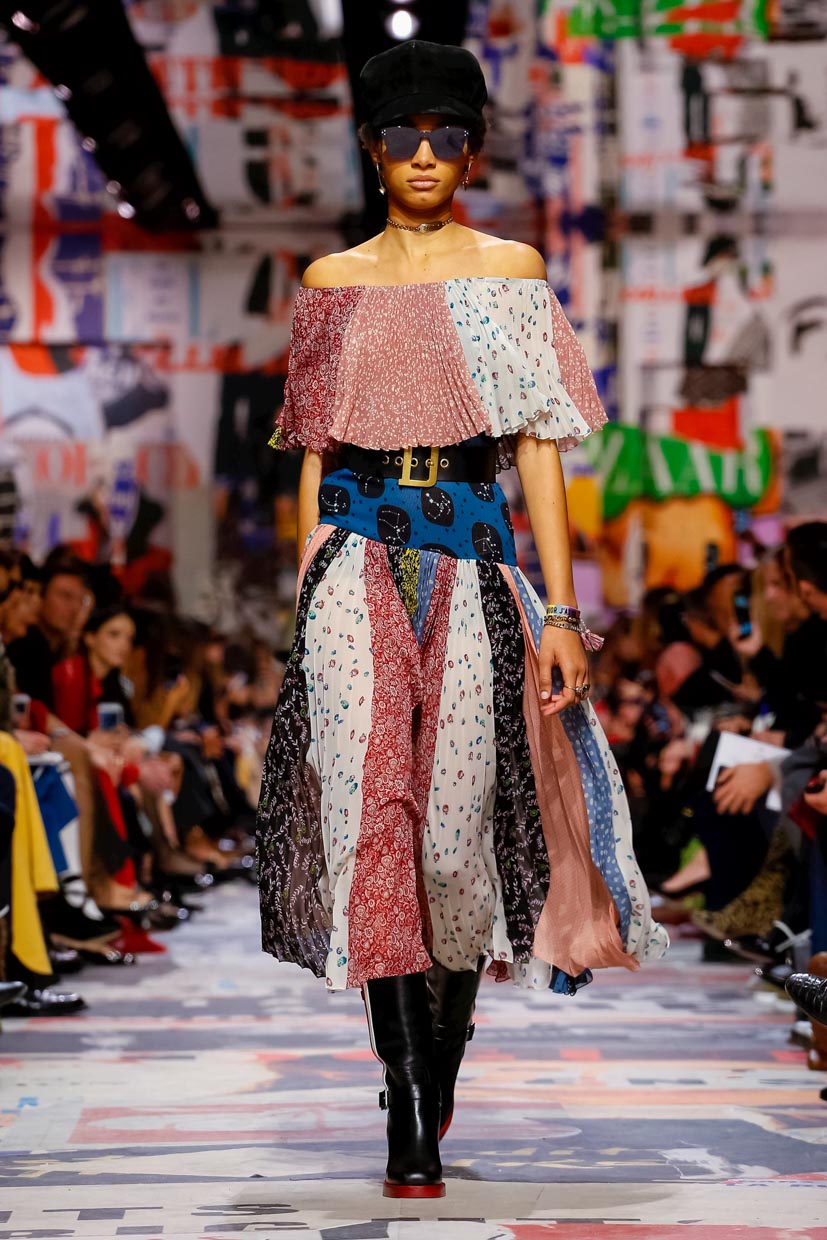 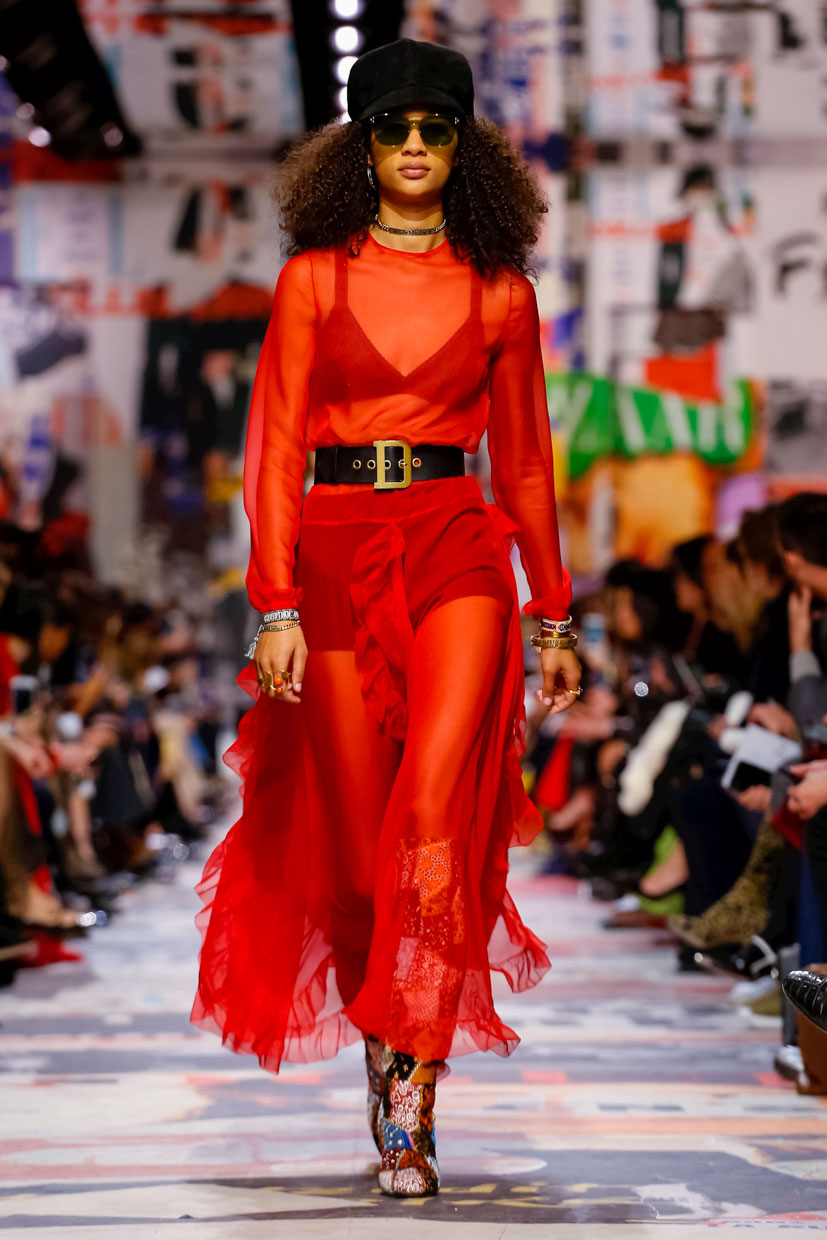 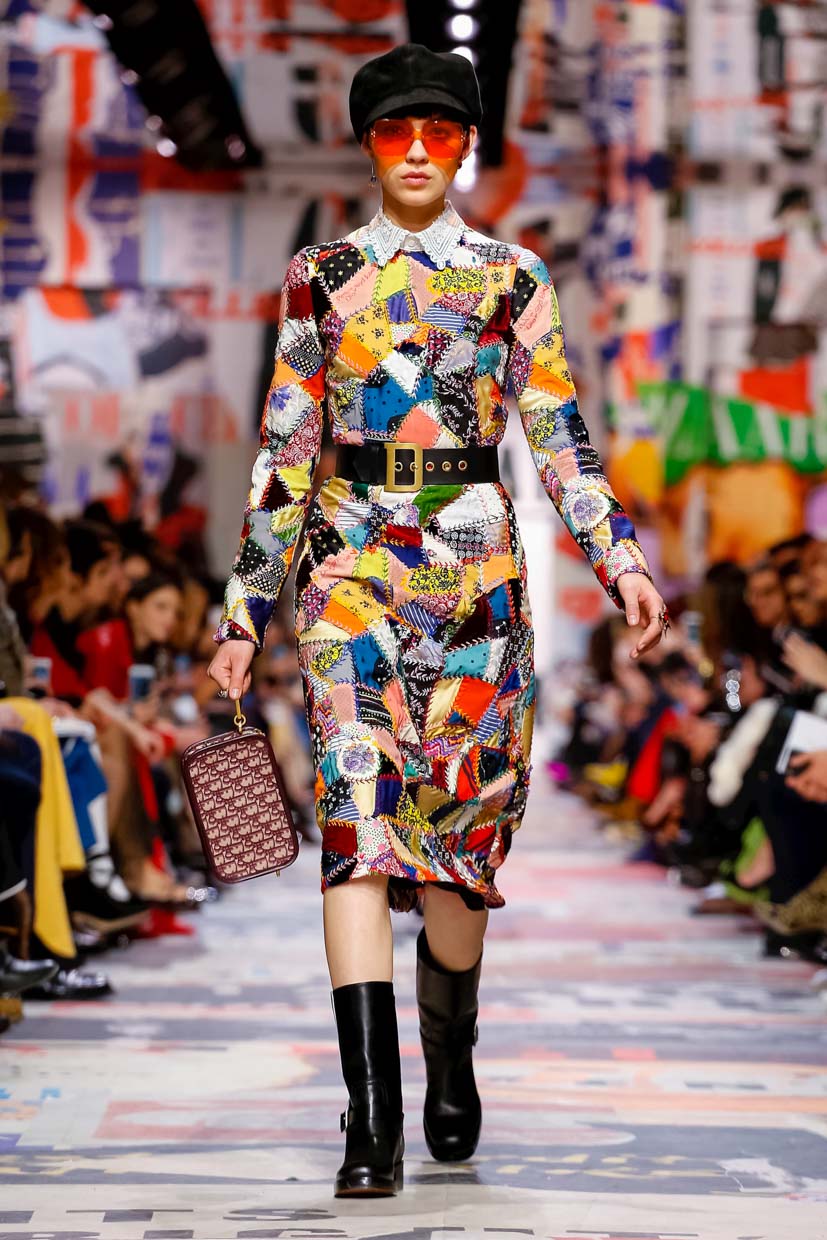 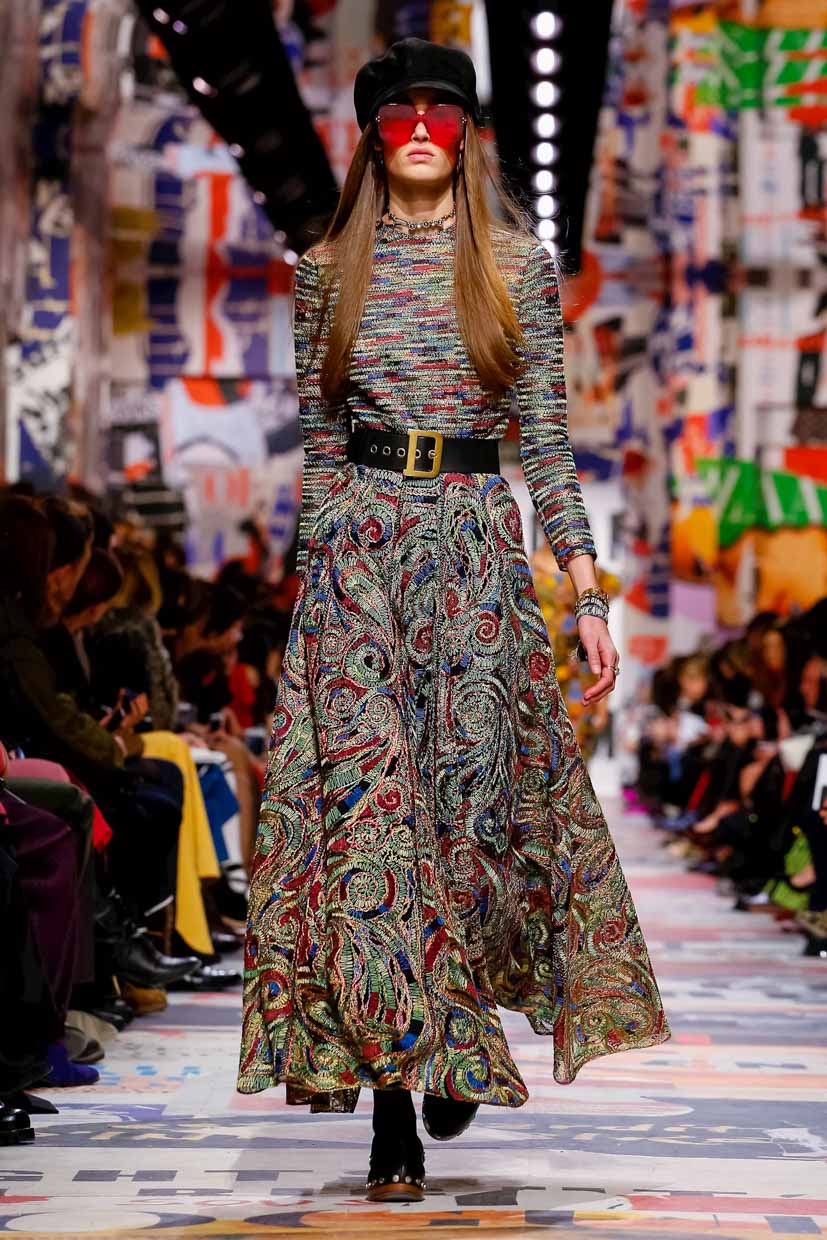 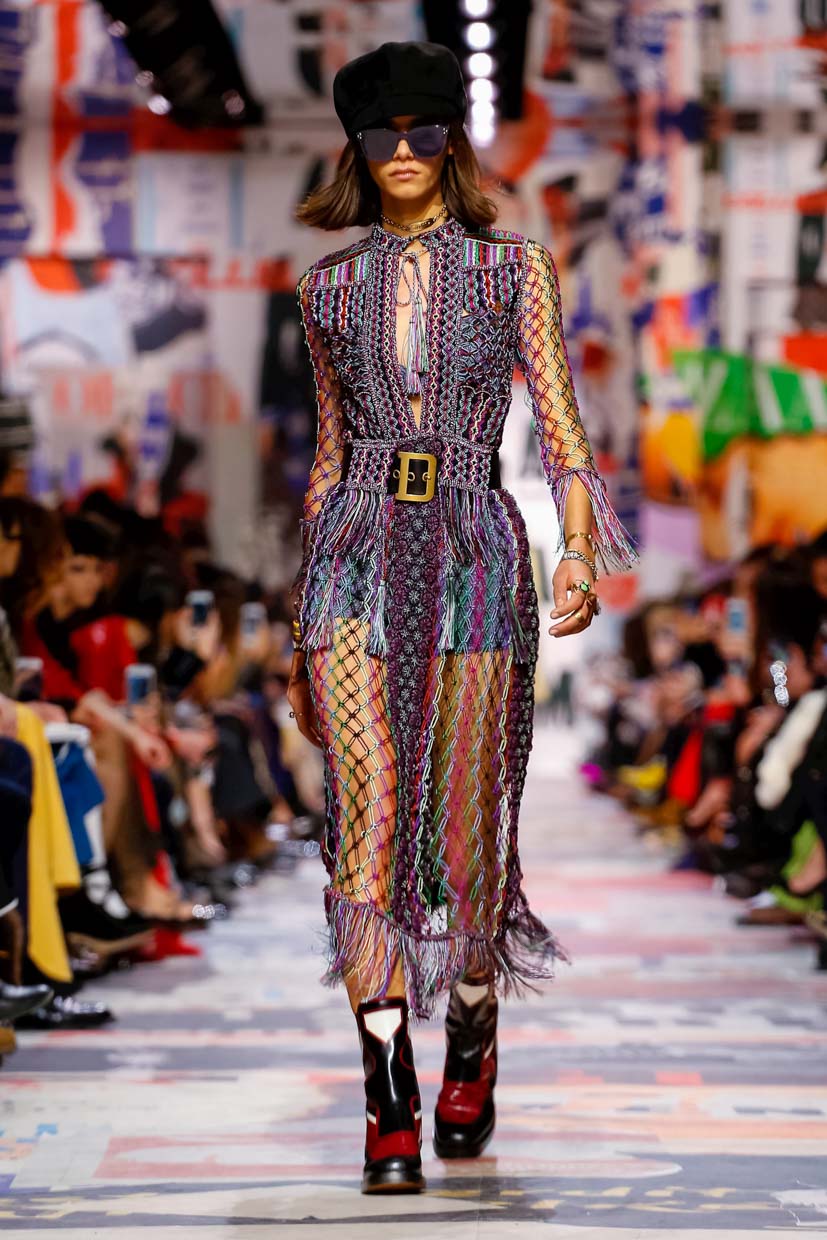 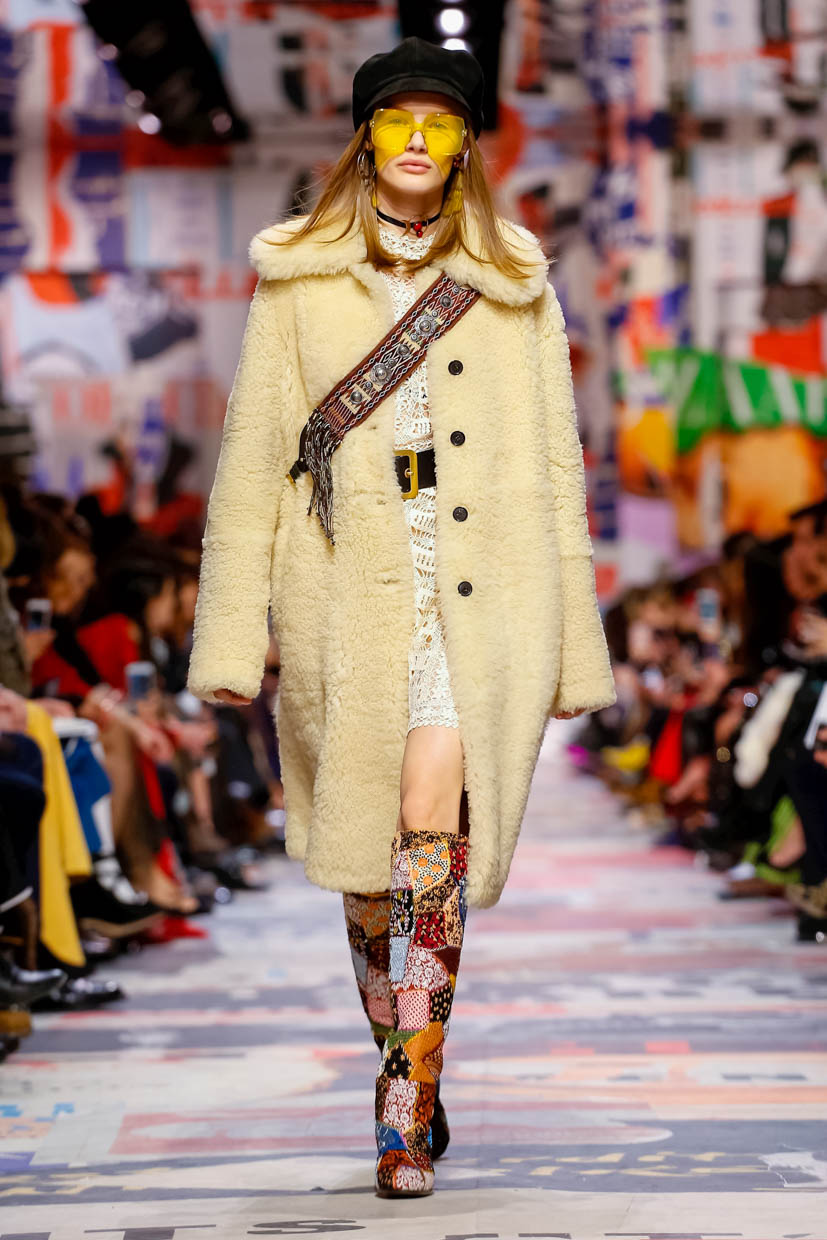 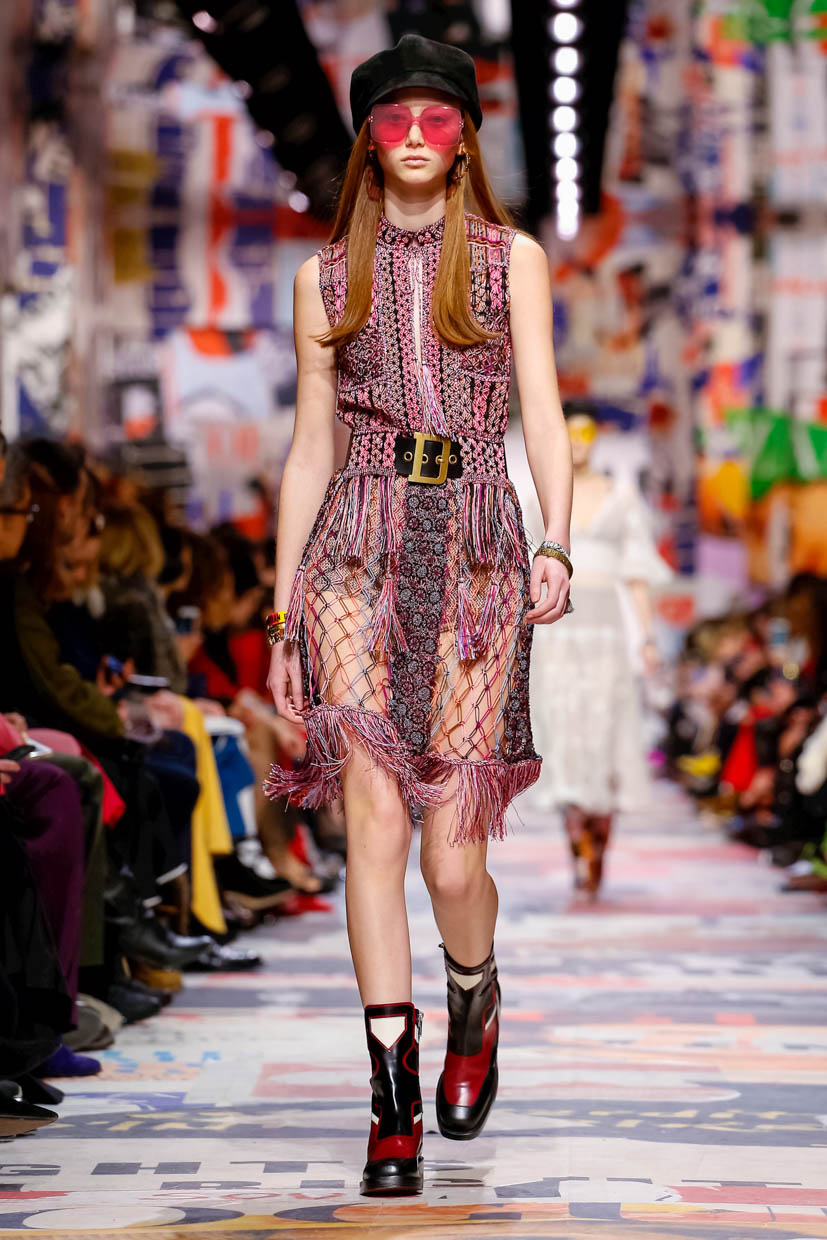 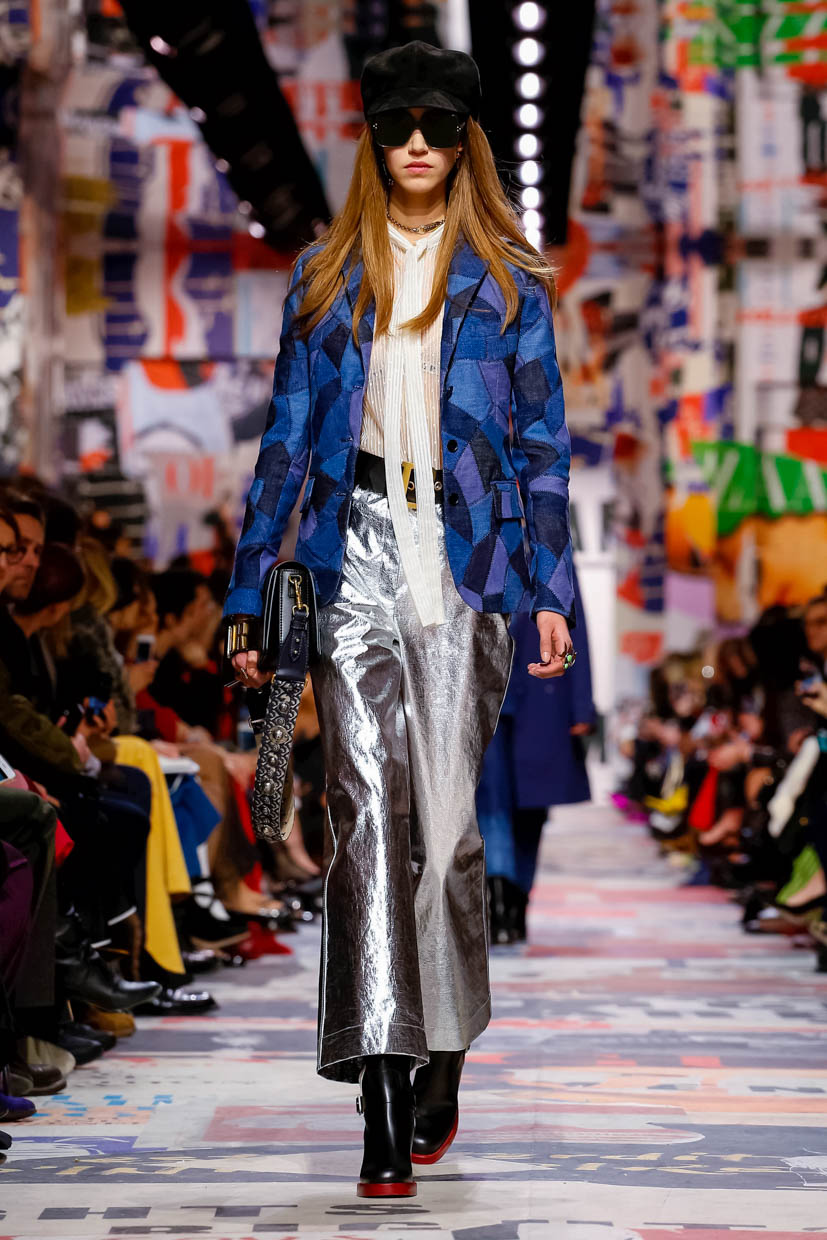 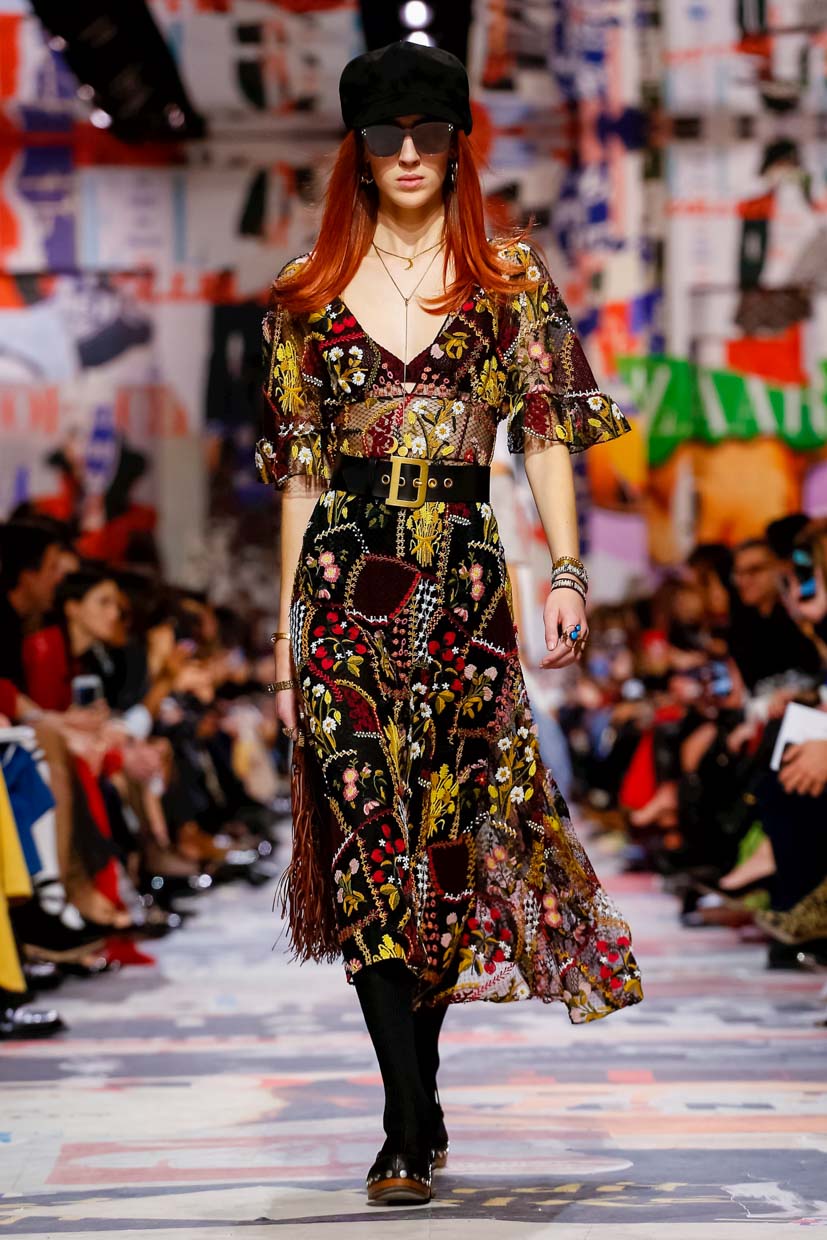 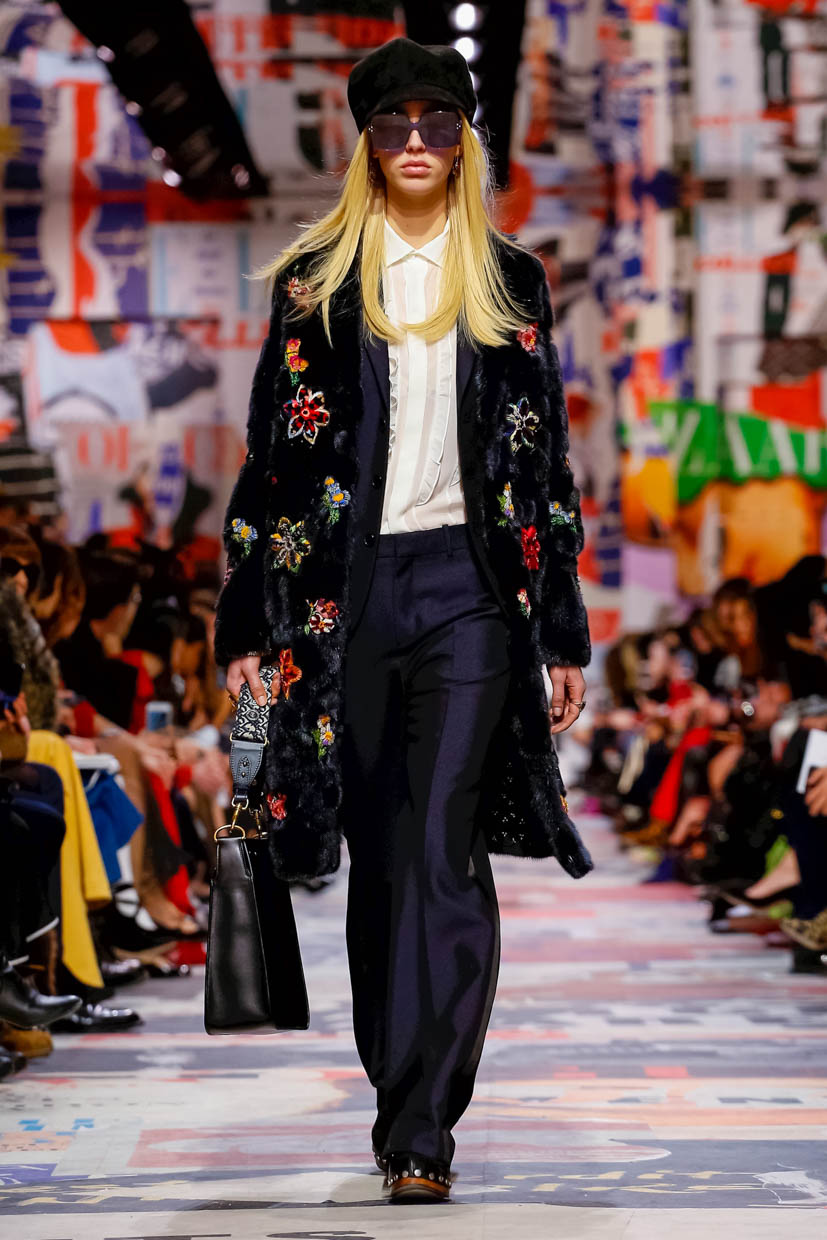 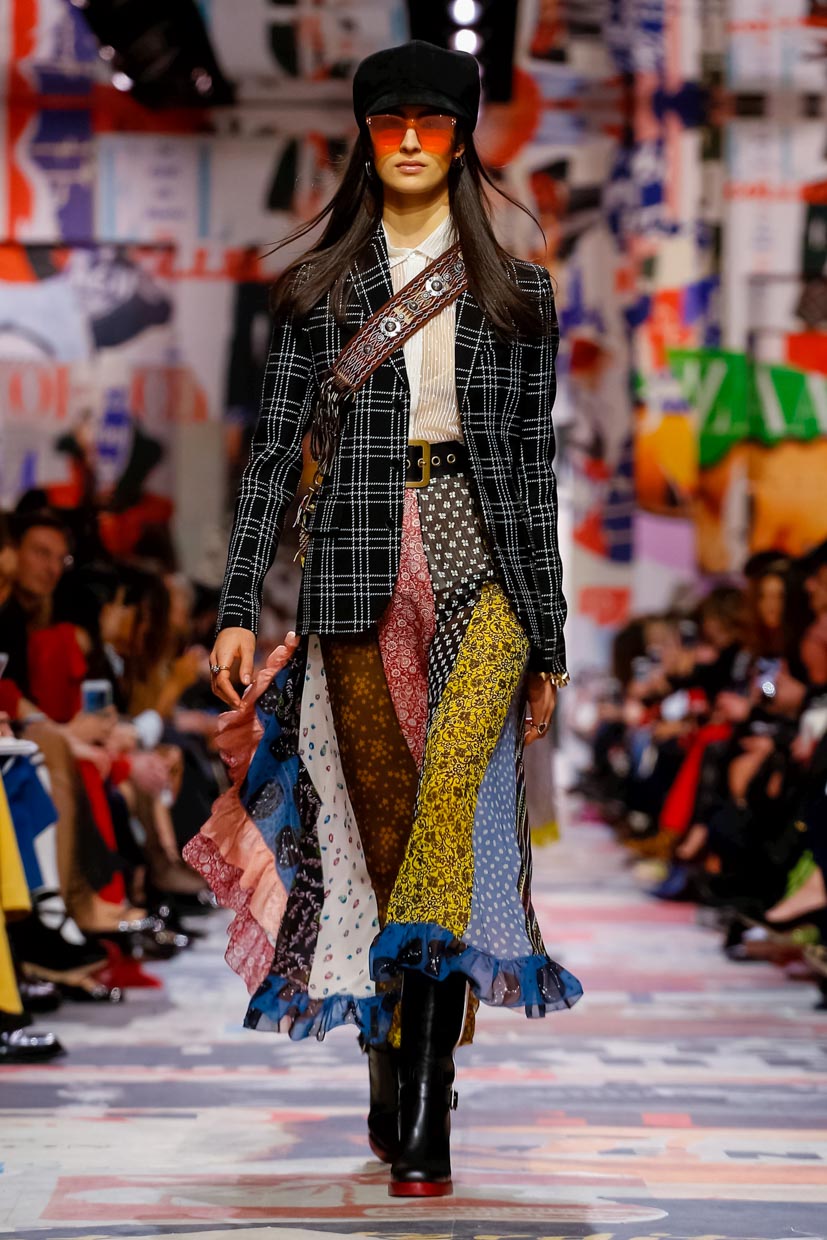 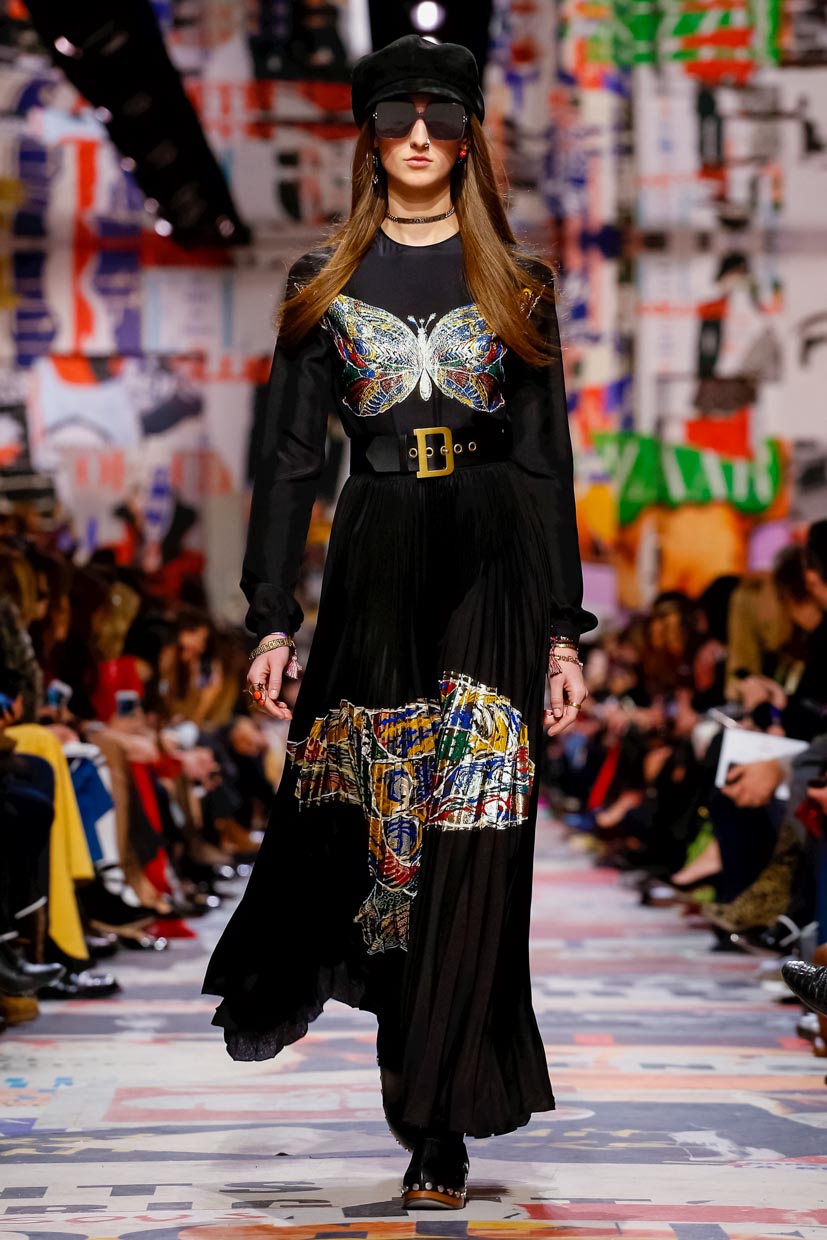 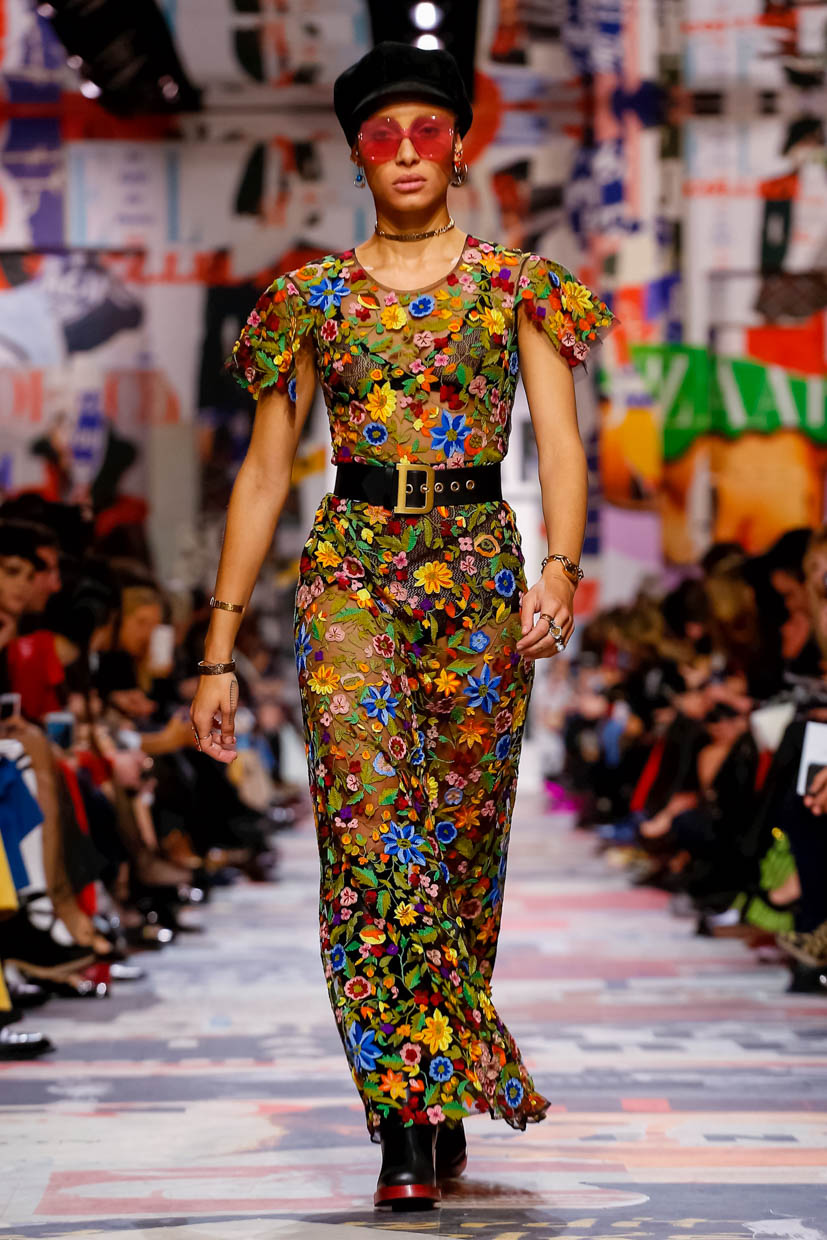 To see the captivating Dior Fall 2018 runway show for yourself, press play on the video below.

More from the designer.
More Paris Fashion Week.
All images via Dior website