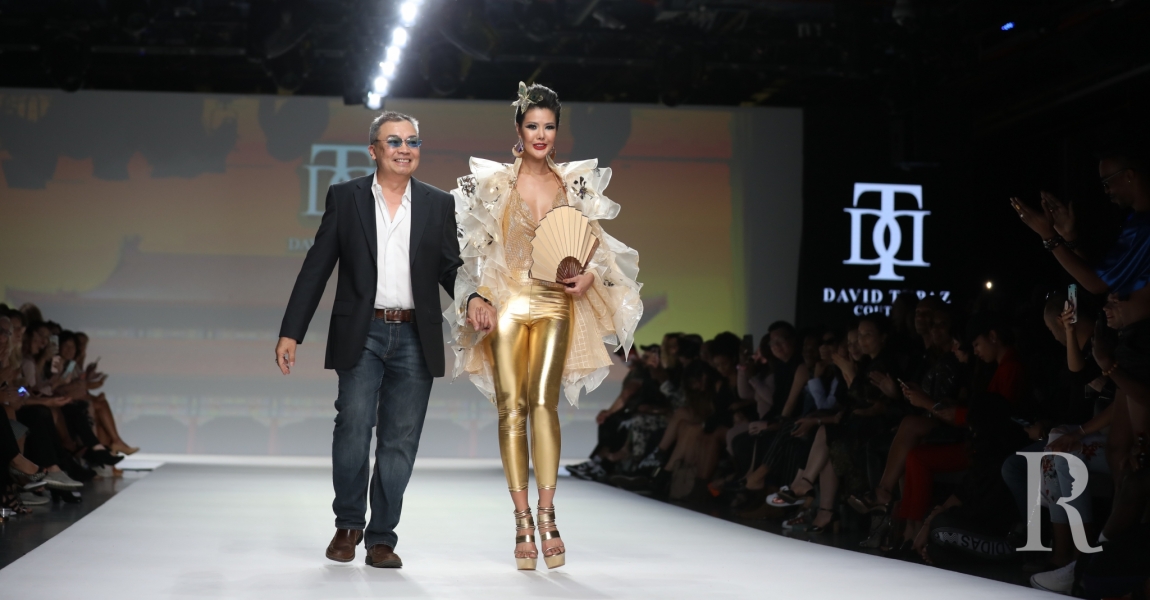 A golden era of powerful women and opulent design has been resurrected from the days of China’s Ming and Qing Dynasties to the New York runway just in time for Style Fashion Week. With Filipino designer David Tupaz guiding this high-fashion time machine, the New York stage was bursting with gold accents — most notably in oriental patterns dominating each classic gown. There were gold bows, jewelry, handbags, and other accents, all adding a rich, decadent look to simpler tones of red, black, and white.  The most ornate reflection of gold was the grand finale of the show – shiny gold legging-style pants with a gold top worn with a sweeping, multi-layered covering for maximum drama. This spring collection also saw Tupaz let his imagination run wild creating a variety of looks with polka dots and sheer material. The classic black-and-white checkered pattern with a red floral design, for example, topped off with headscarves reminiscent of Jackie O elegance.

Tupaz, who works out of Las Vegas, is known as a designer to the stars, but his new collection isn’t limited to Hollywood. With lengths suitable for daily excursions as well as eveningwear, this collection is ornamental but accessible. And his billowing black dresses and long white evening gowns styled with gold lived up to David Tupaz Couture’s reputation for capturing elegance in romantic, yet tailored, designs. 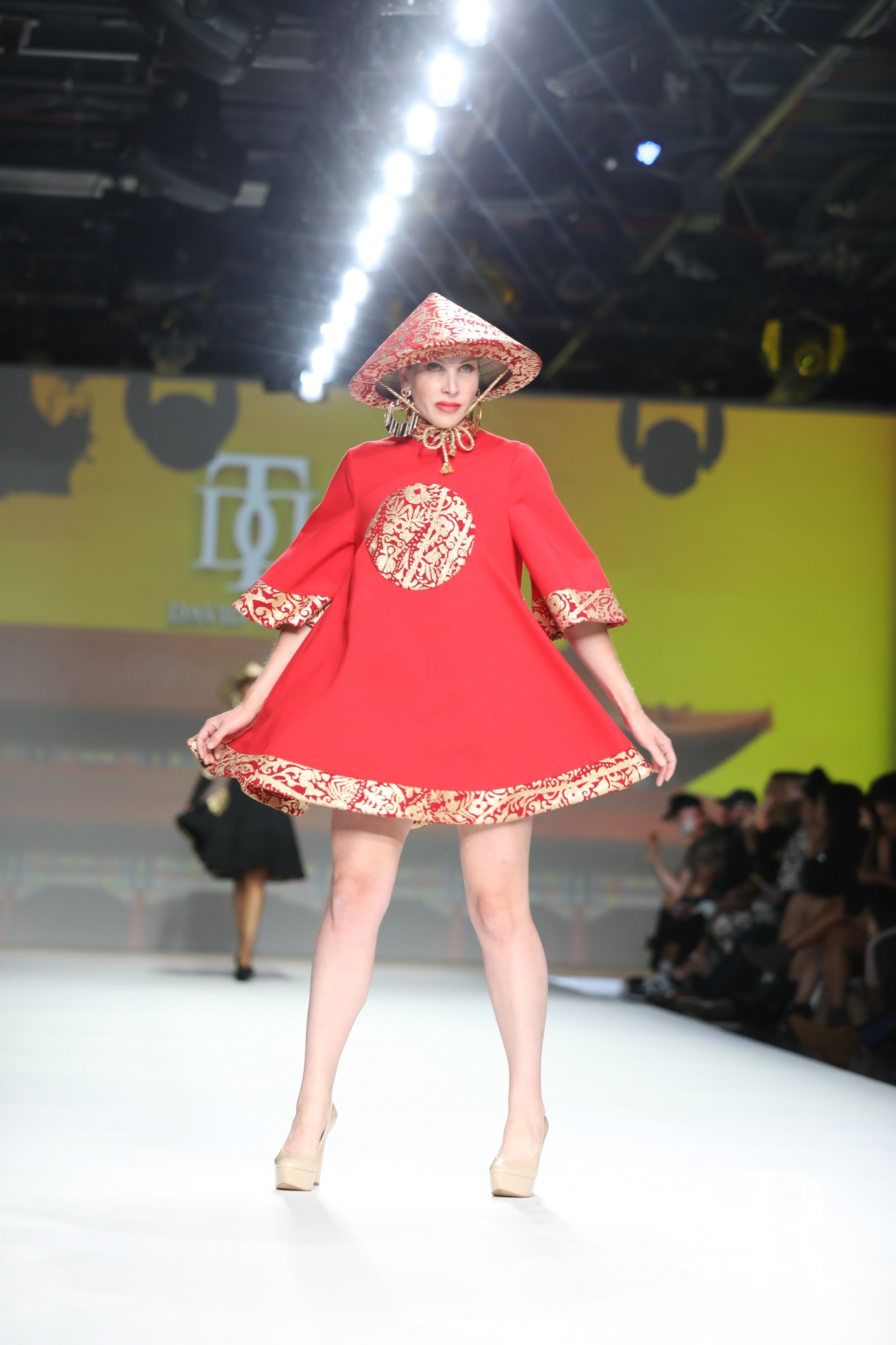 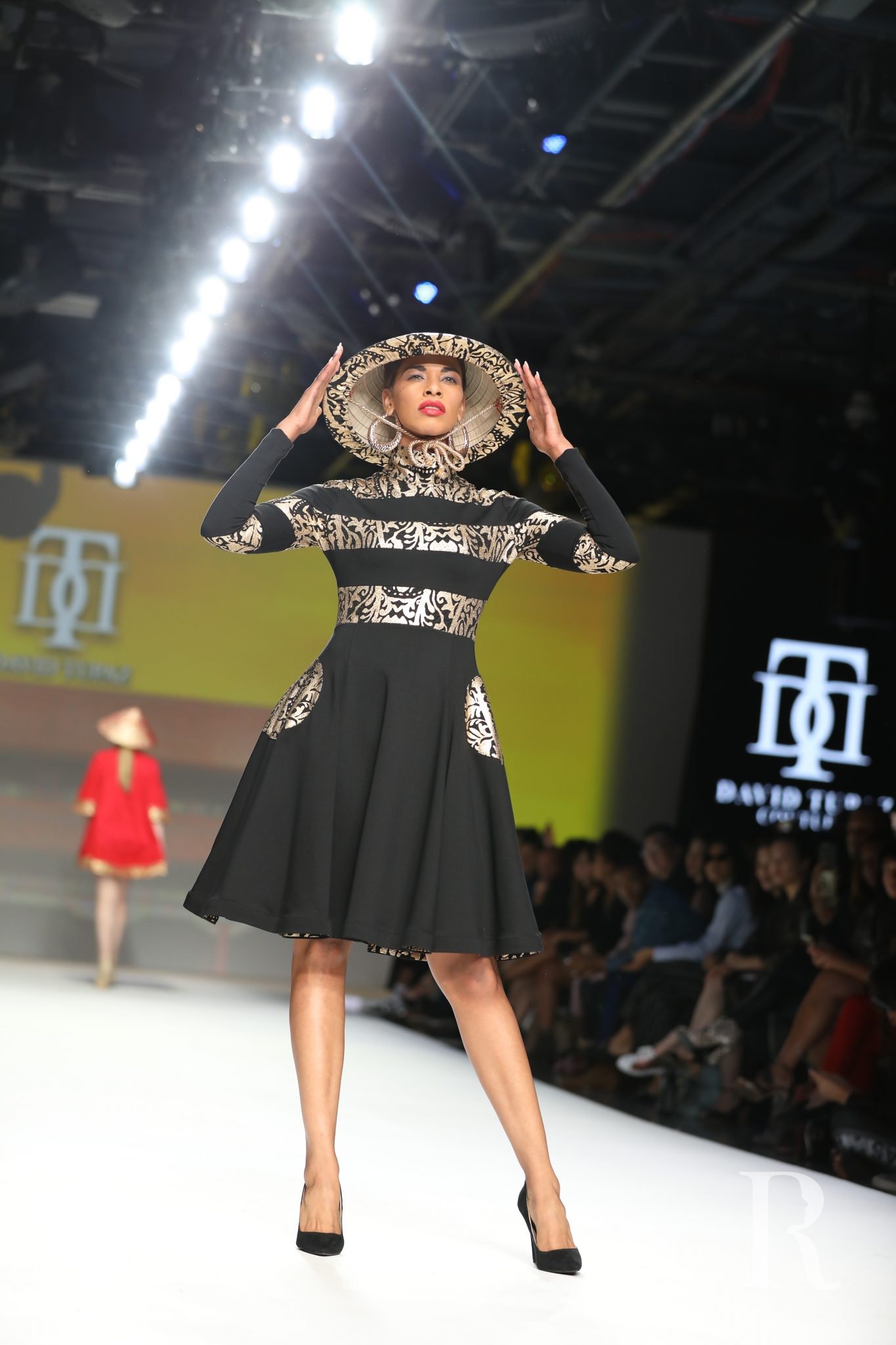 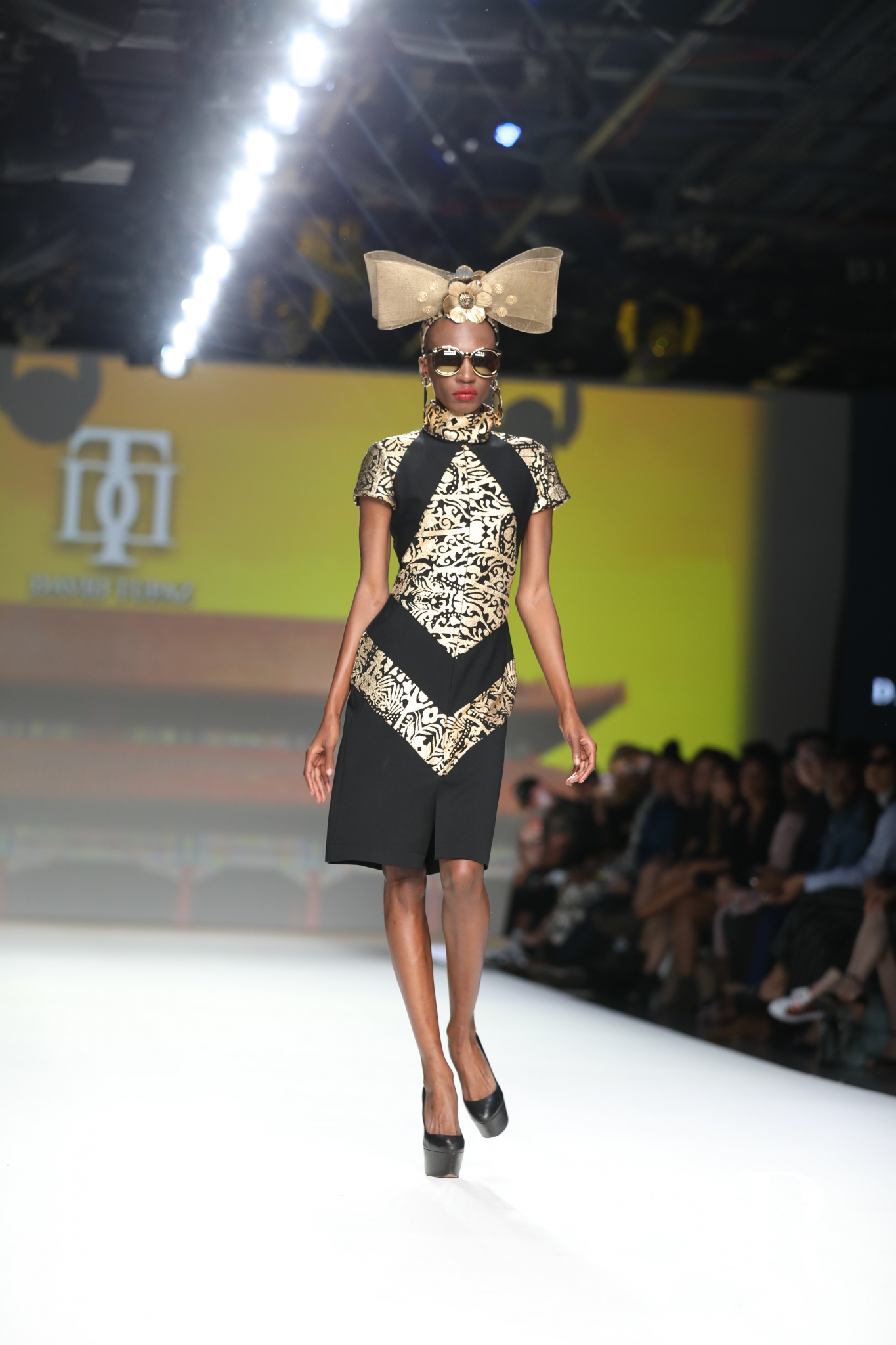 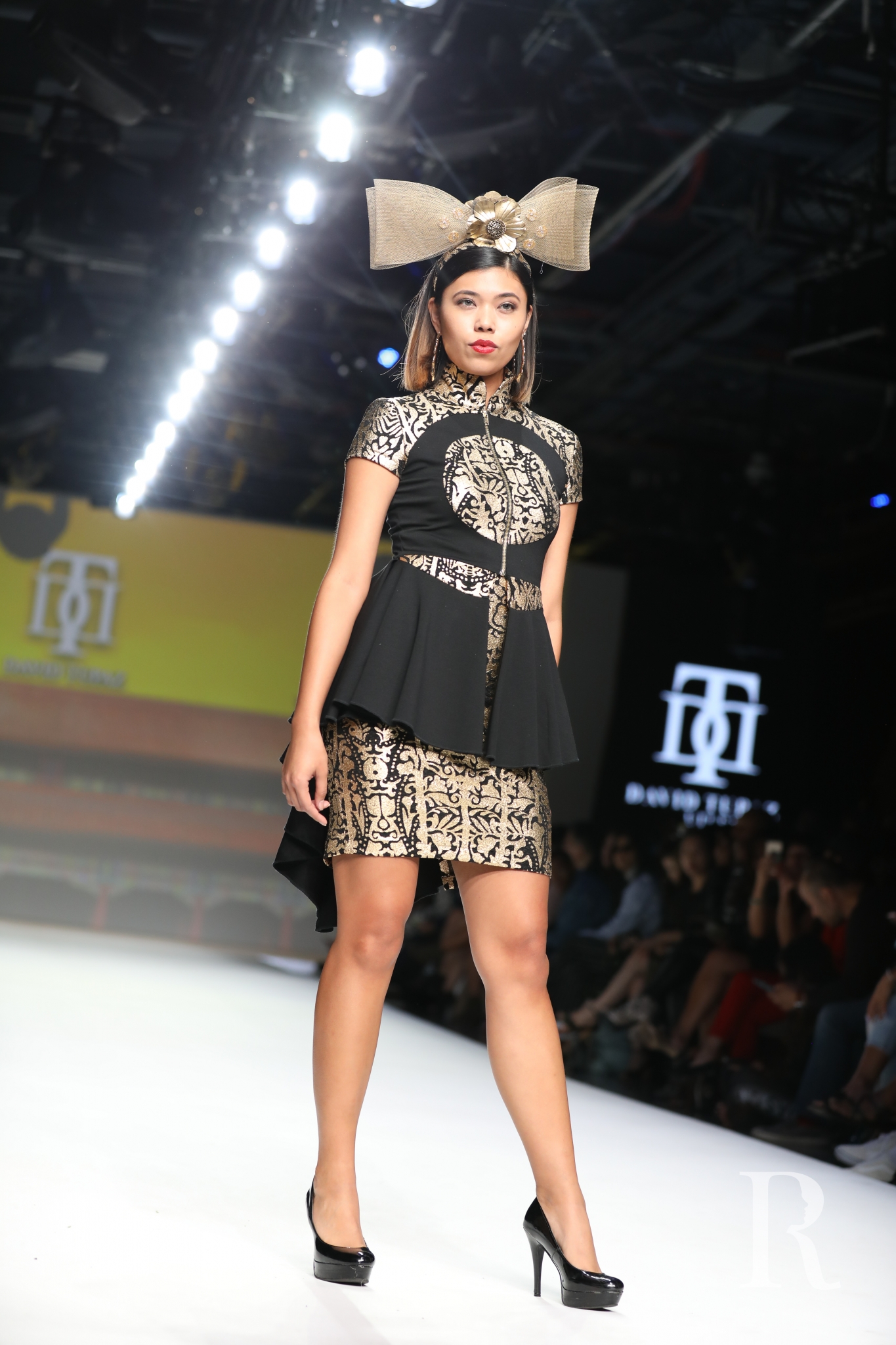 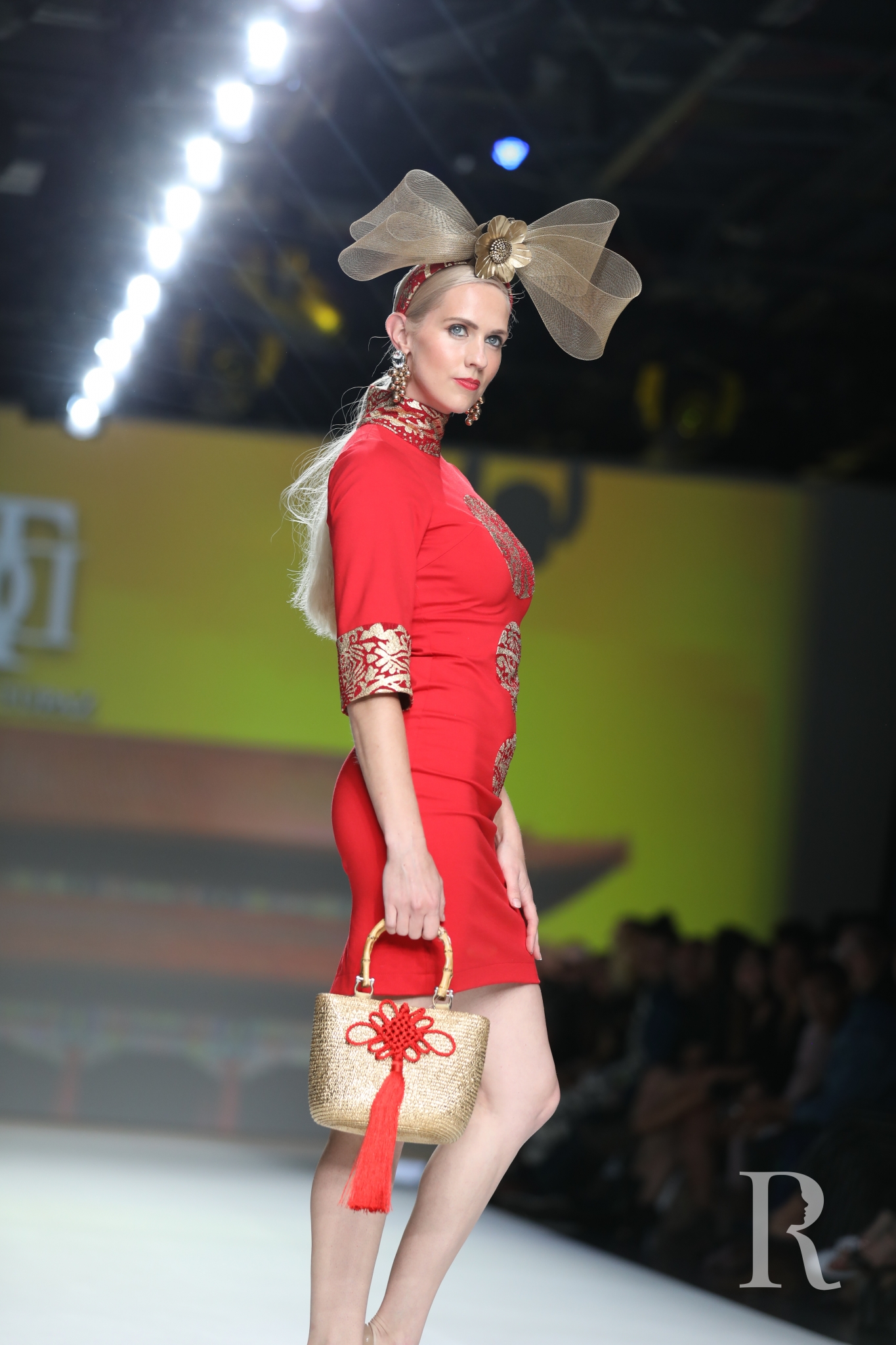 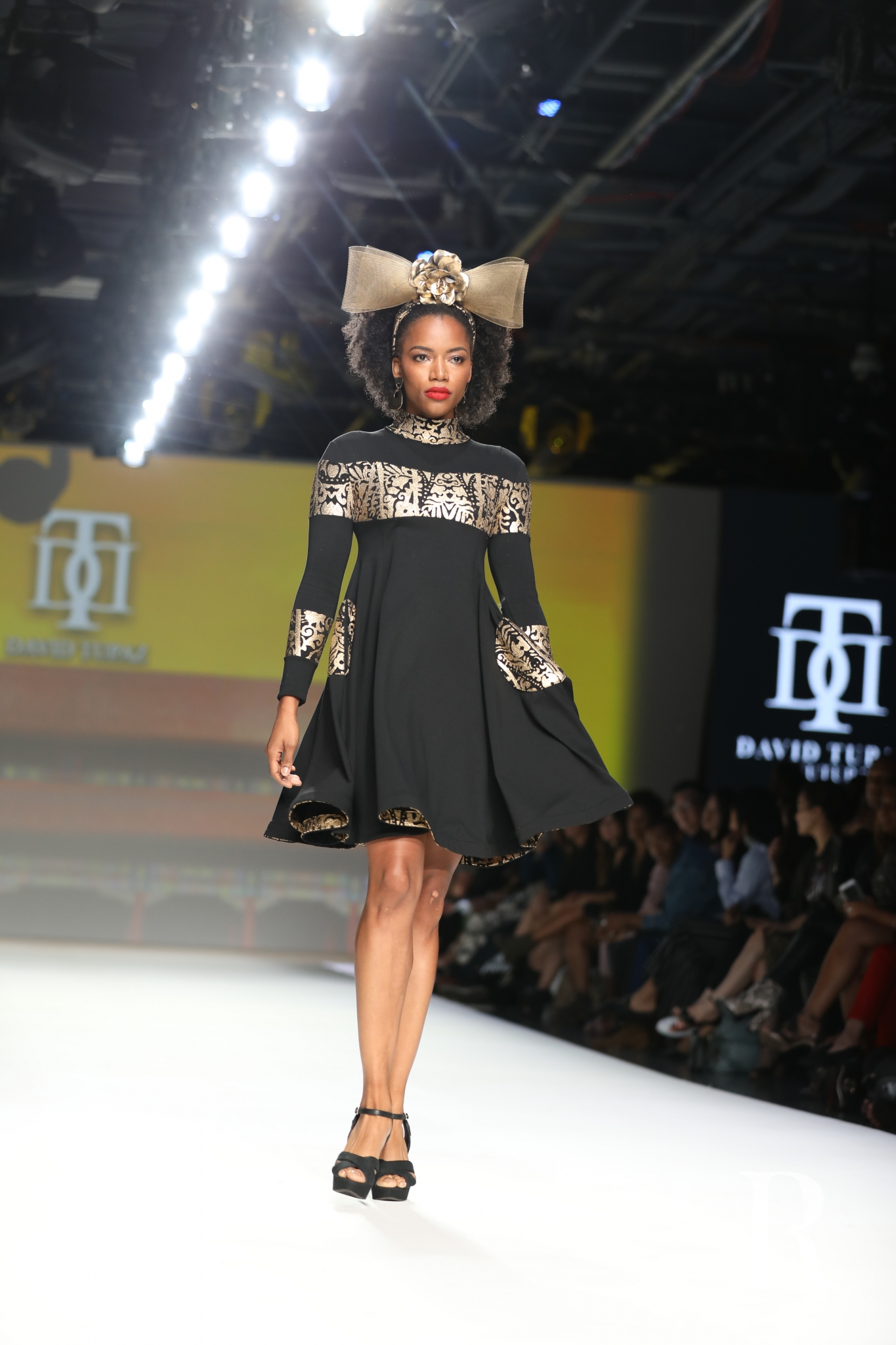 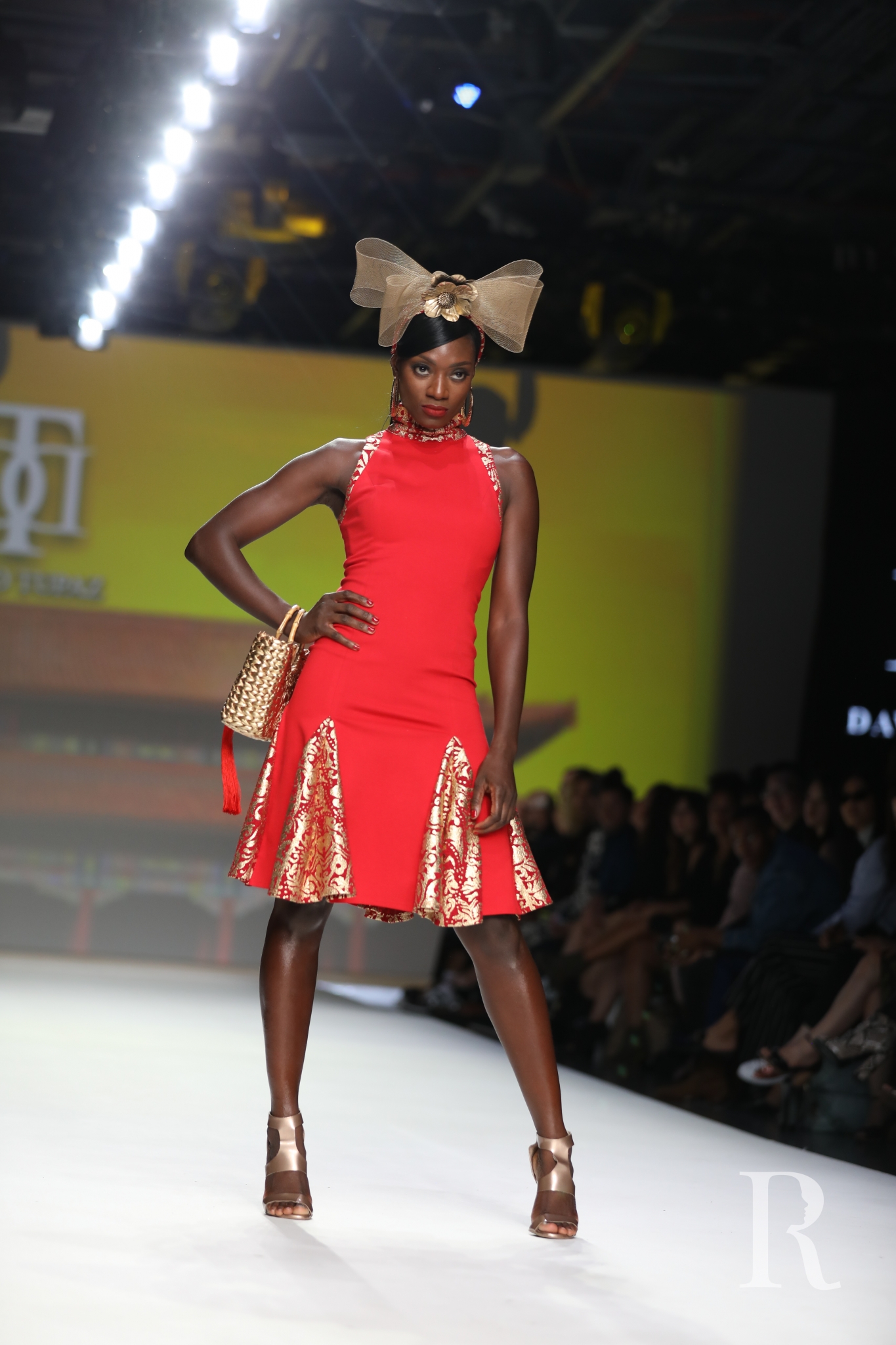 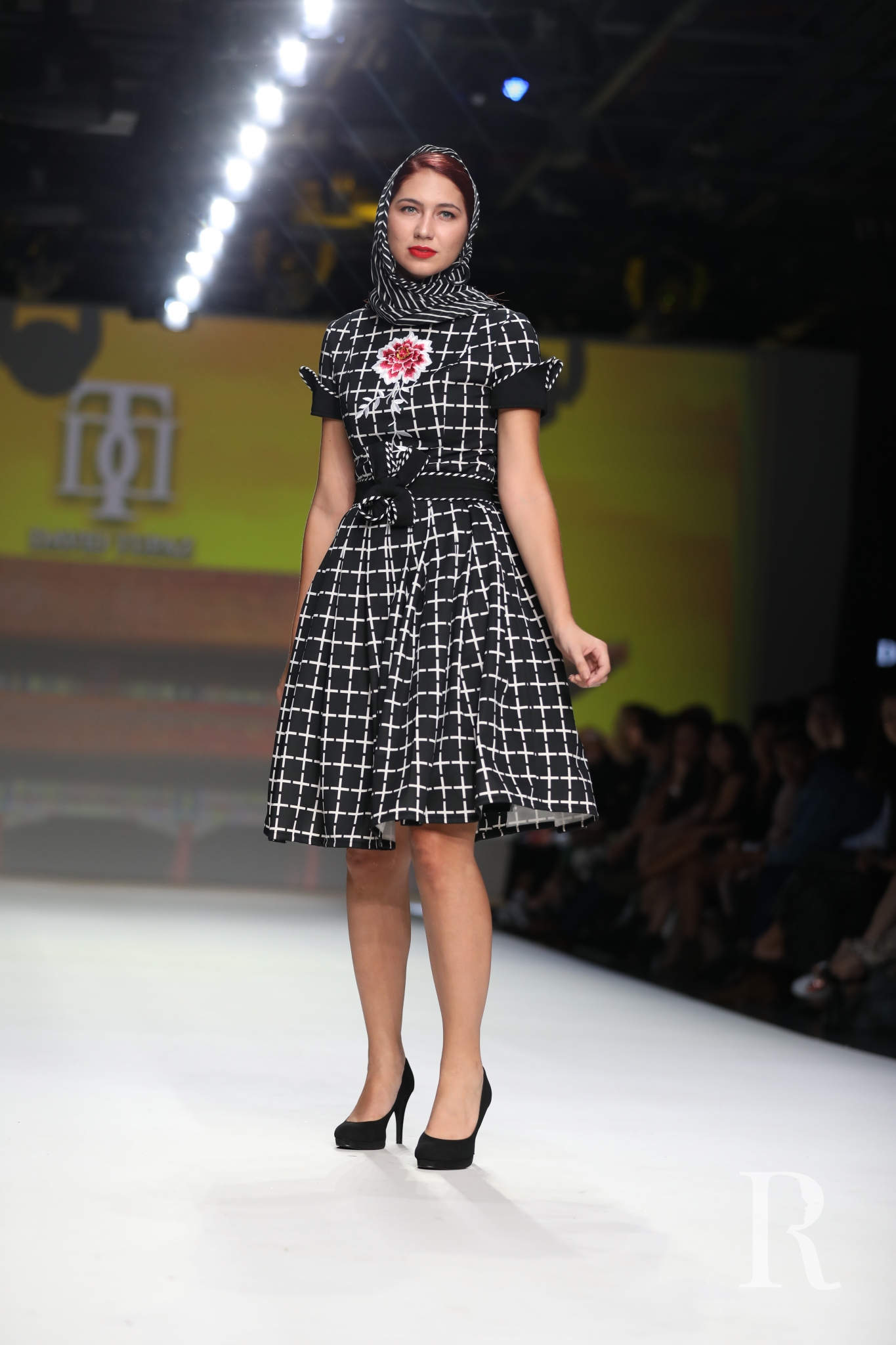 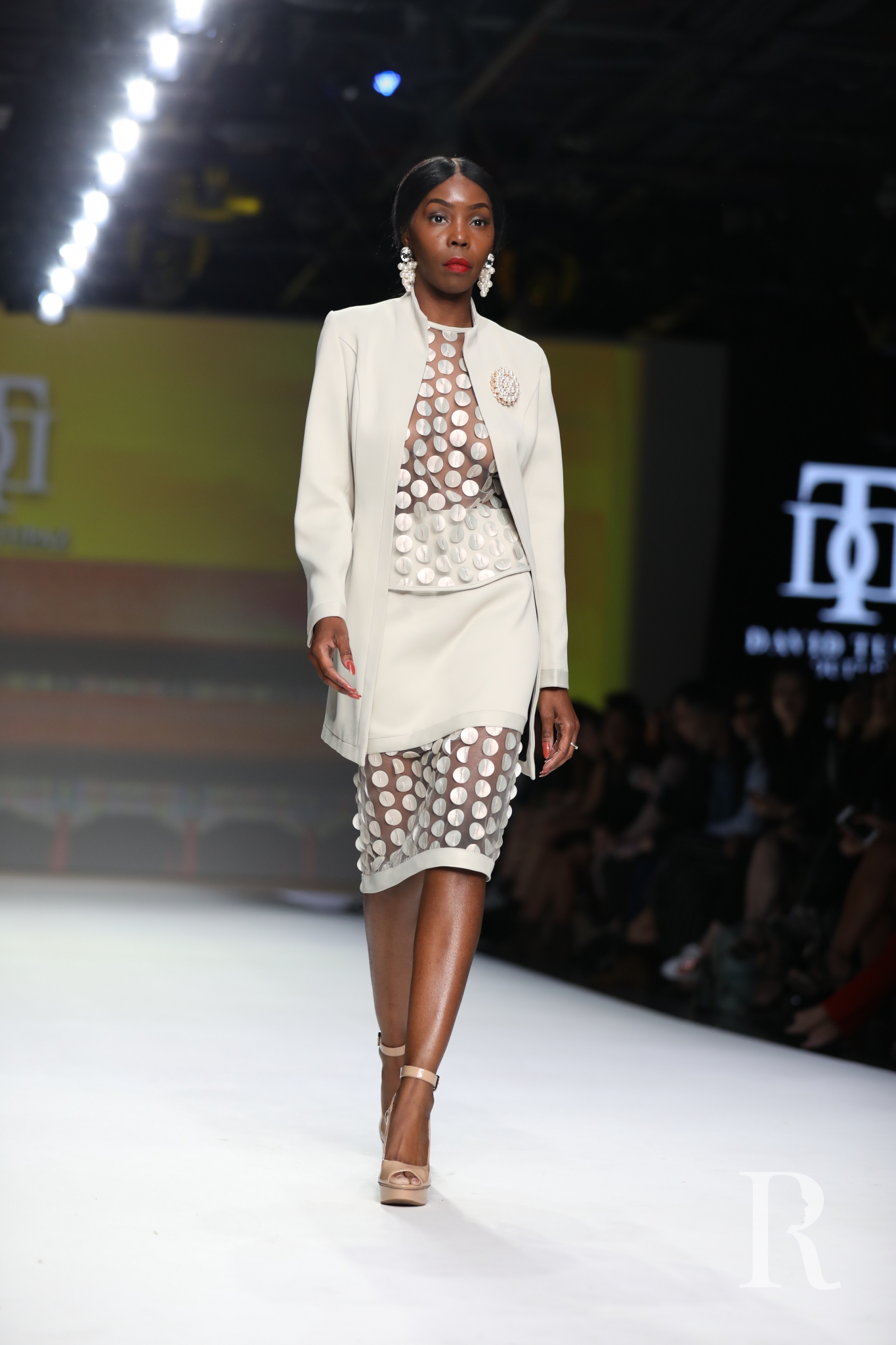 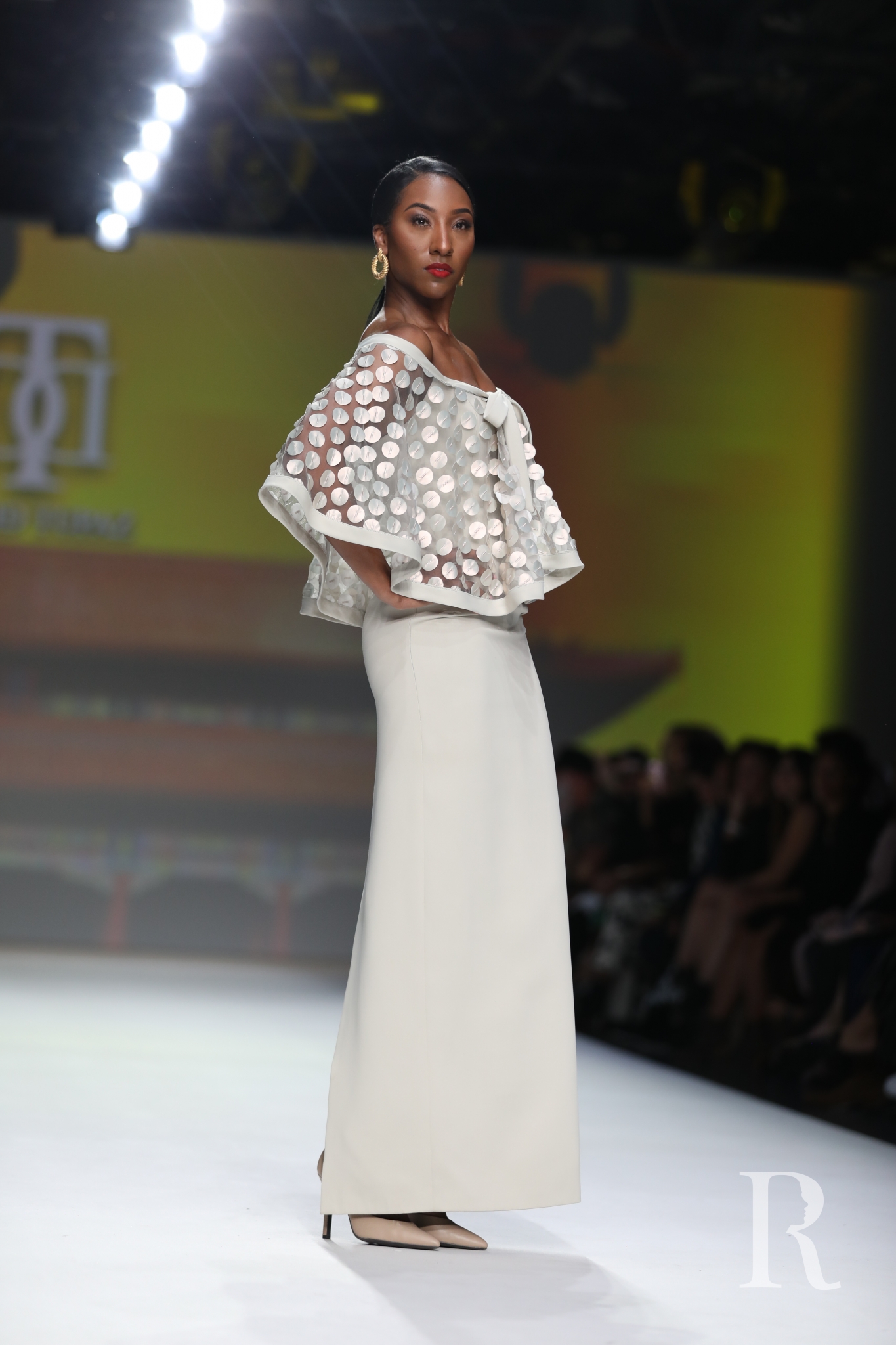 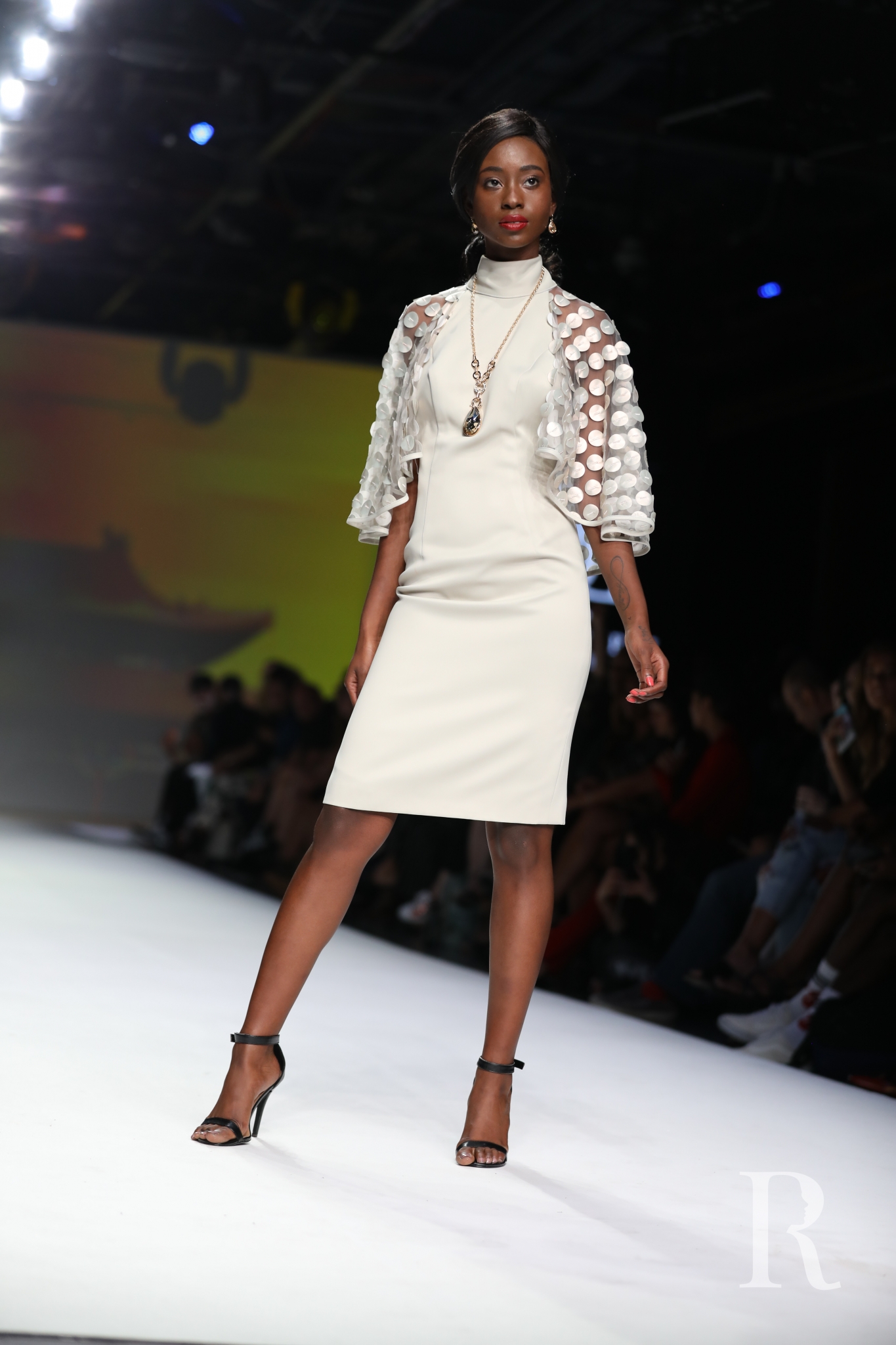 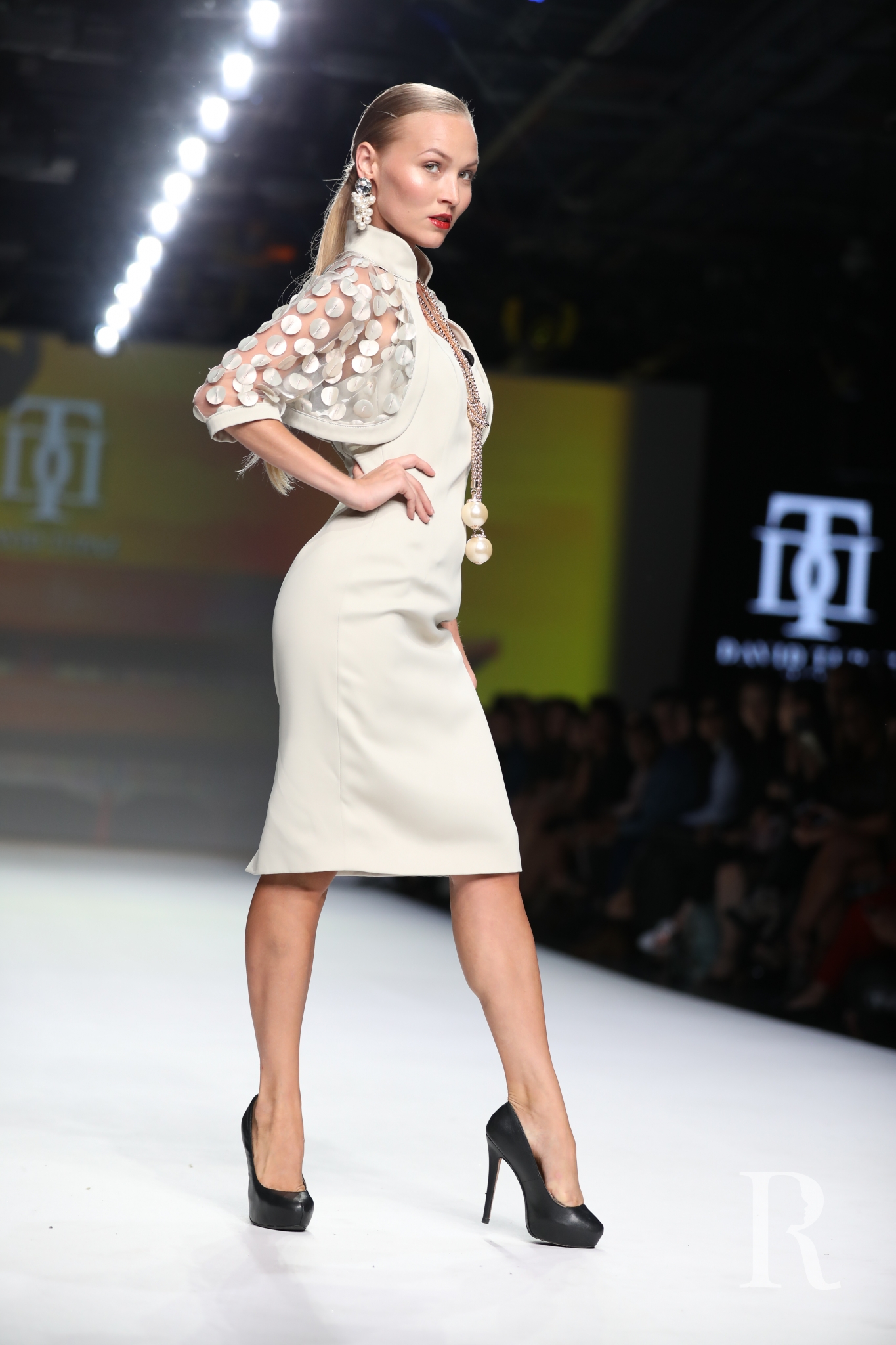 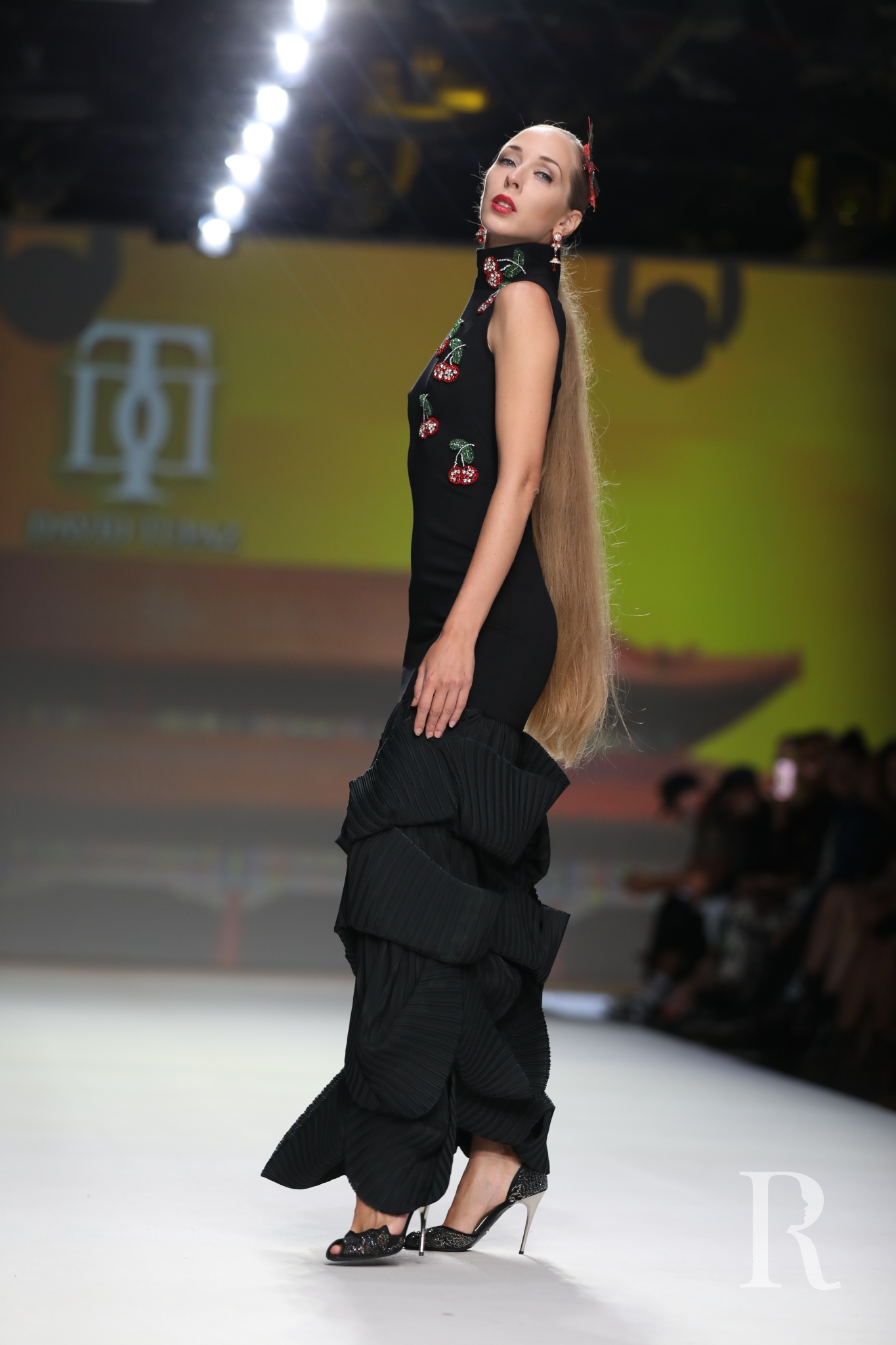 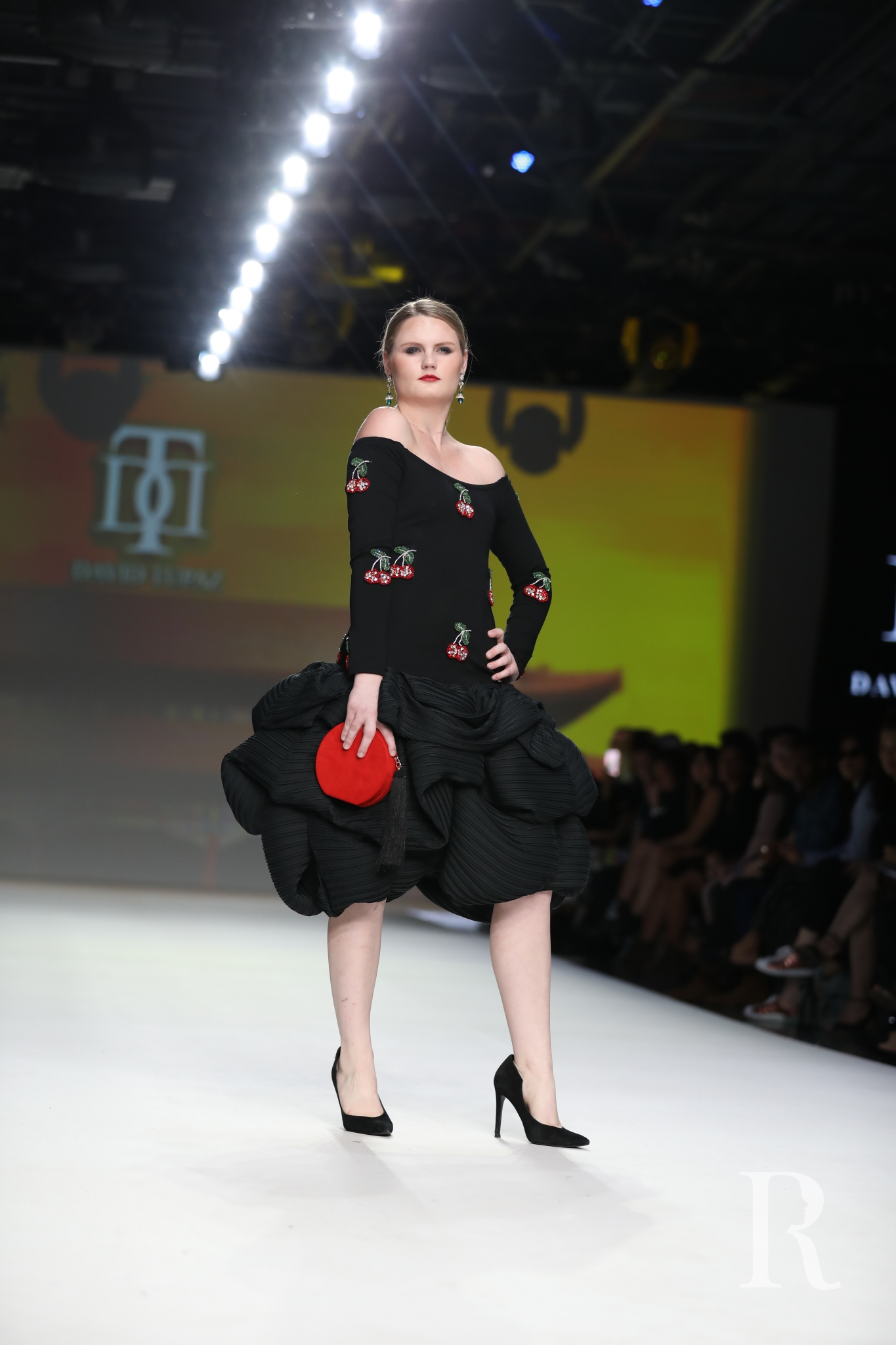 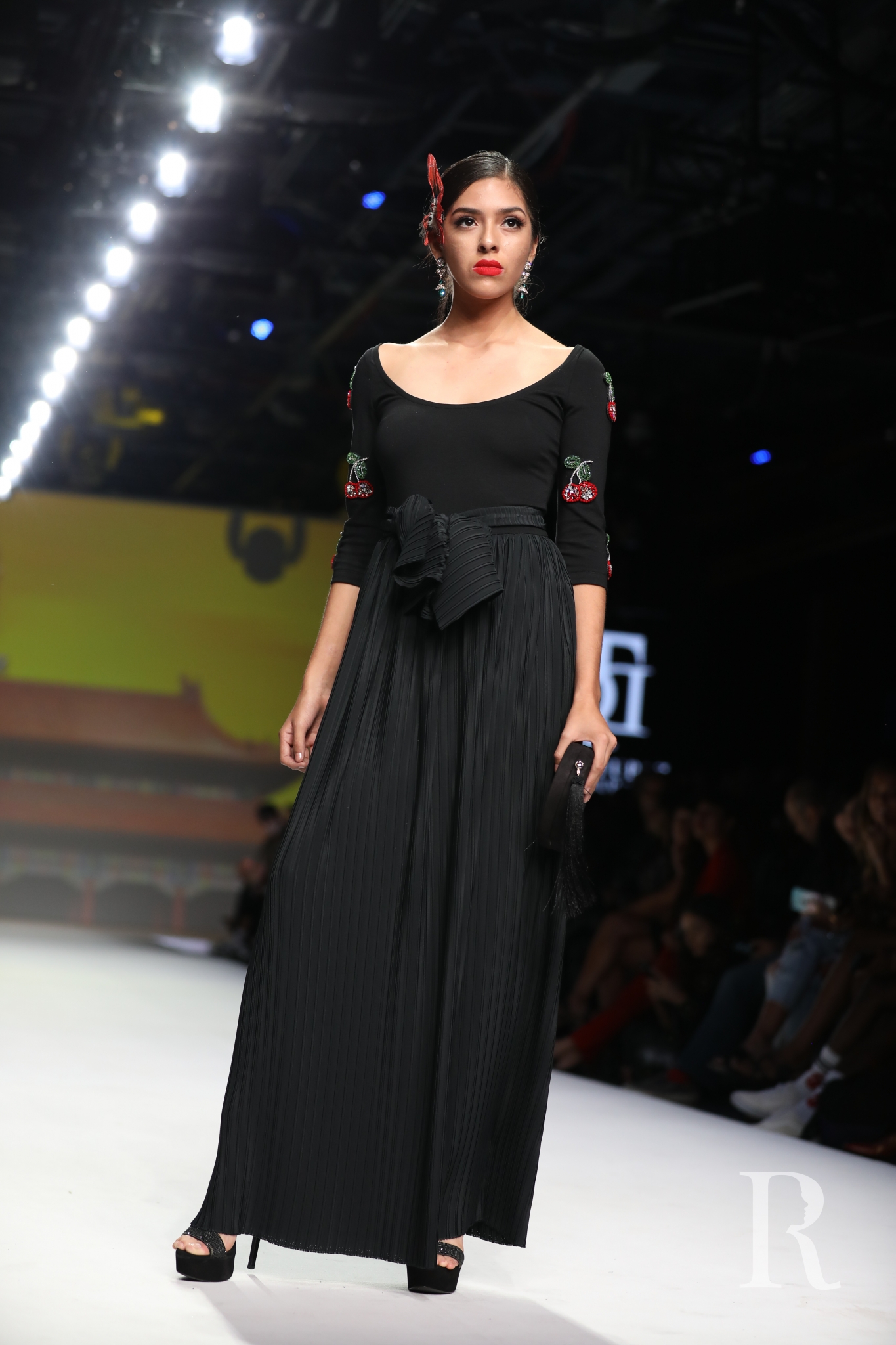 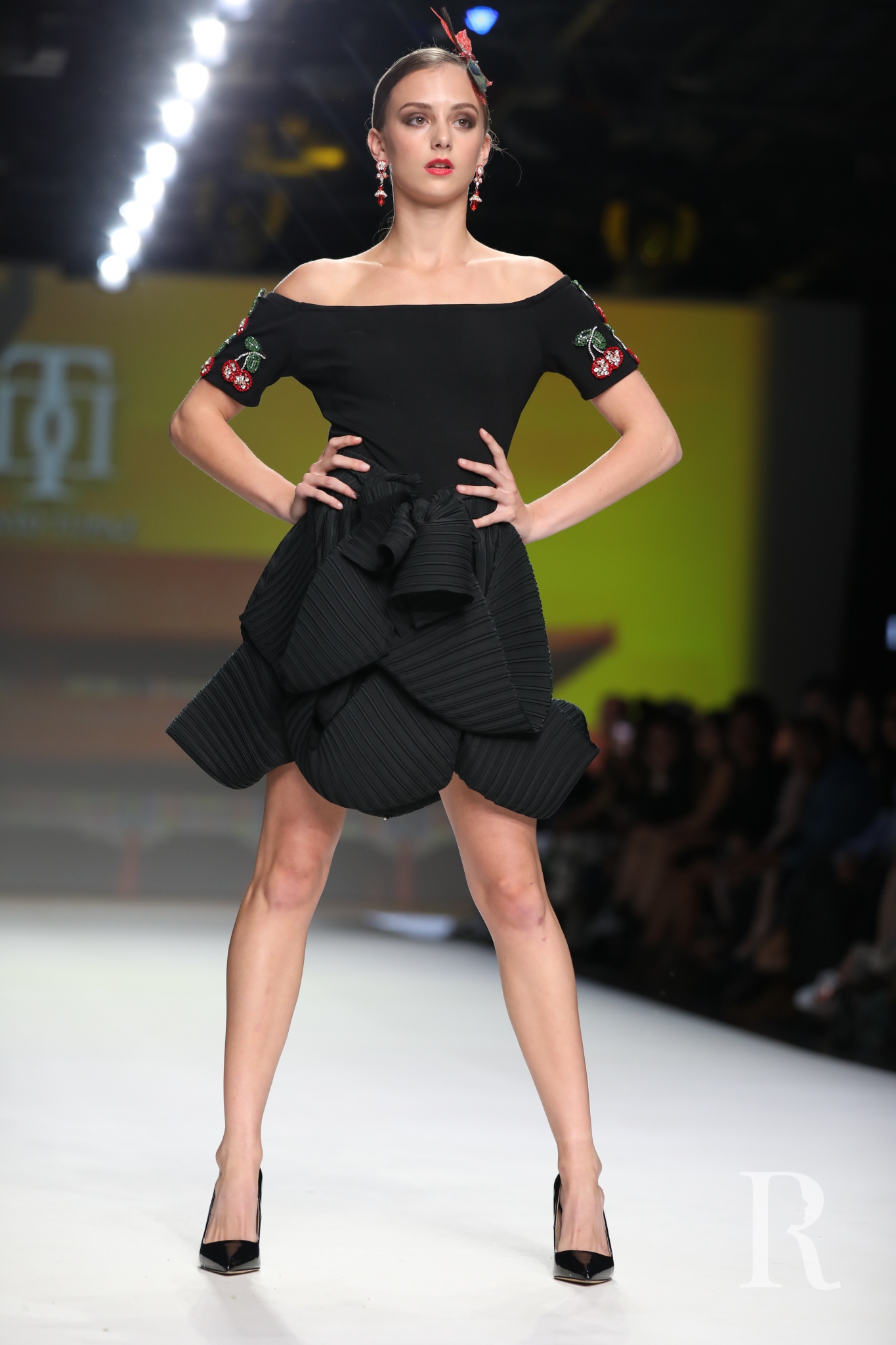 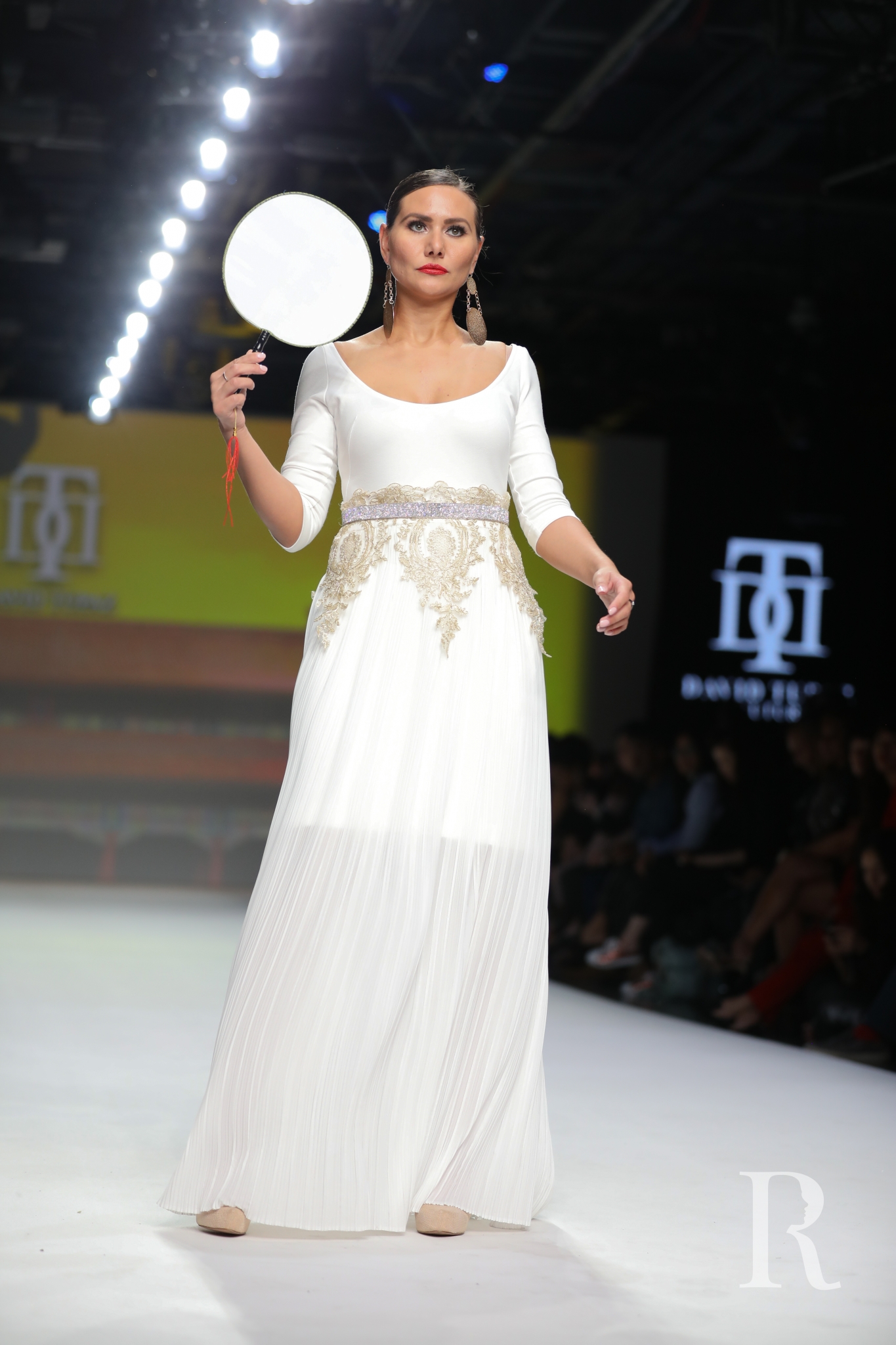 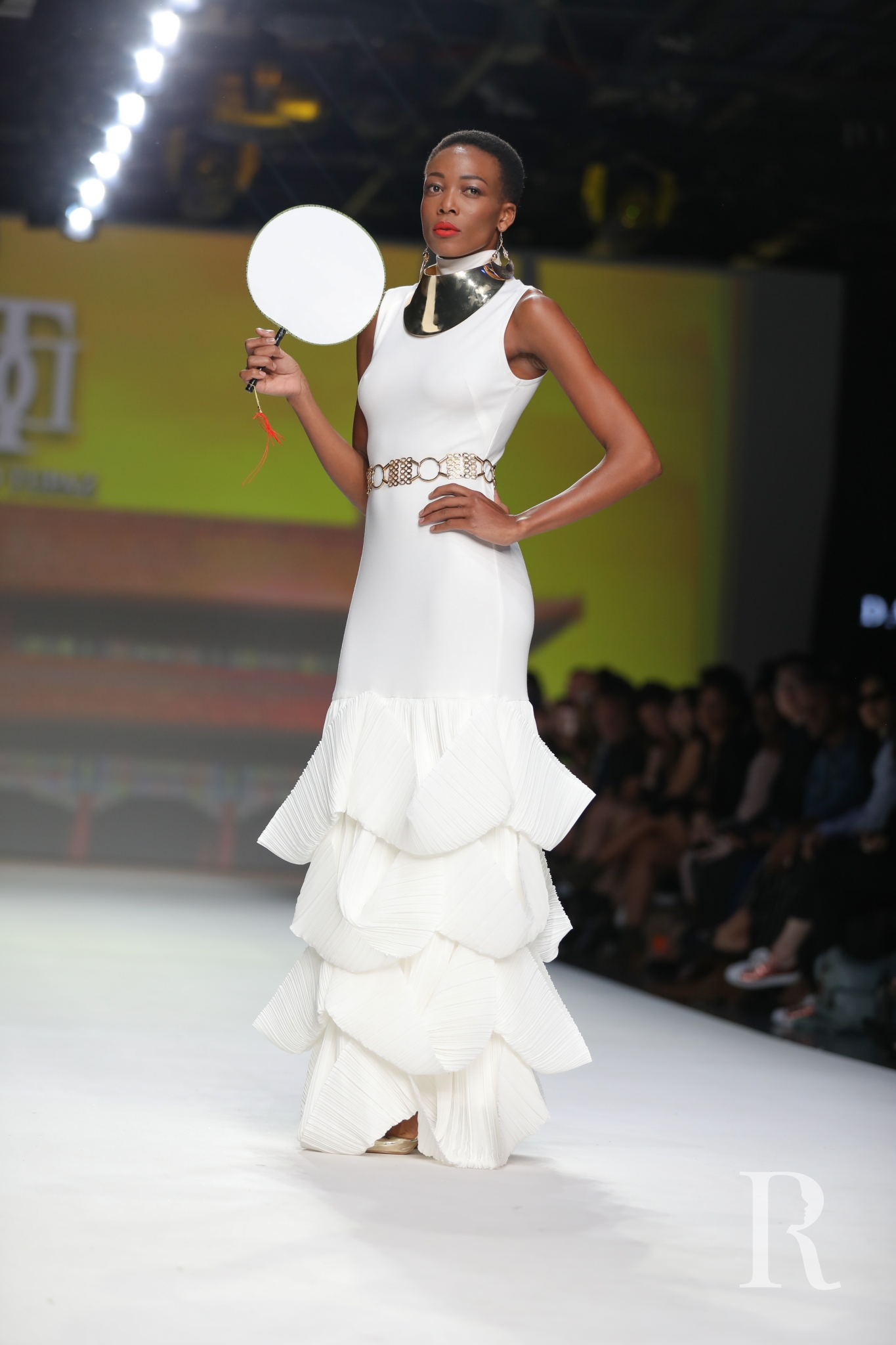 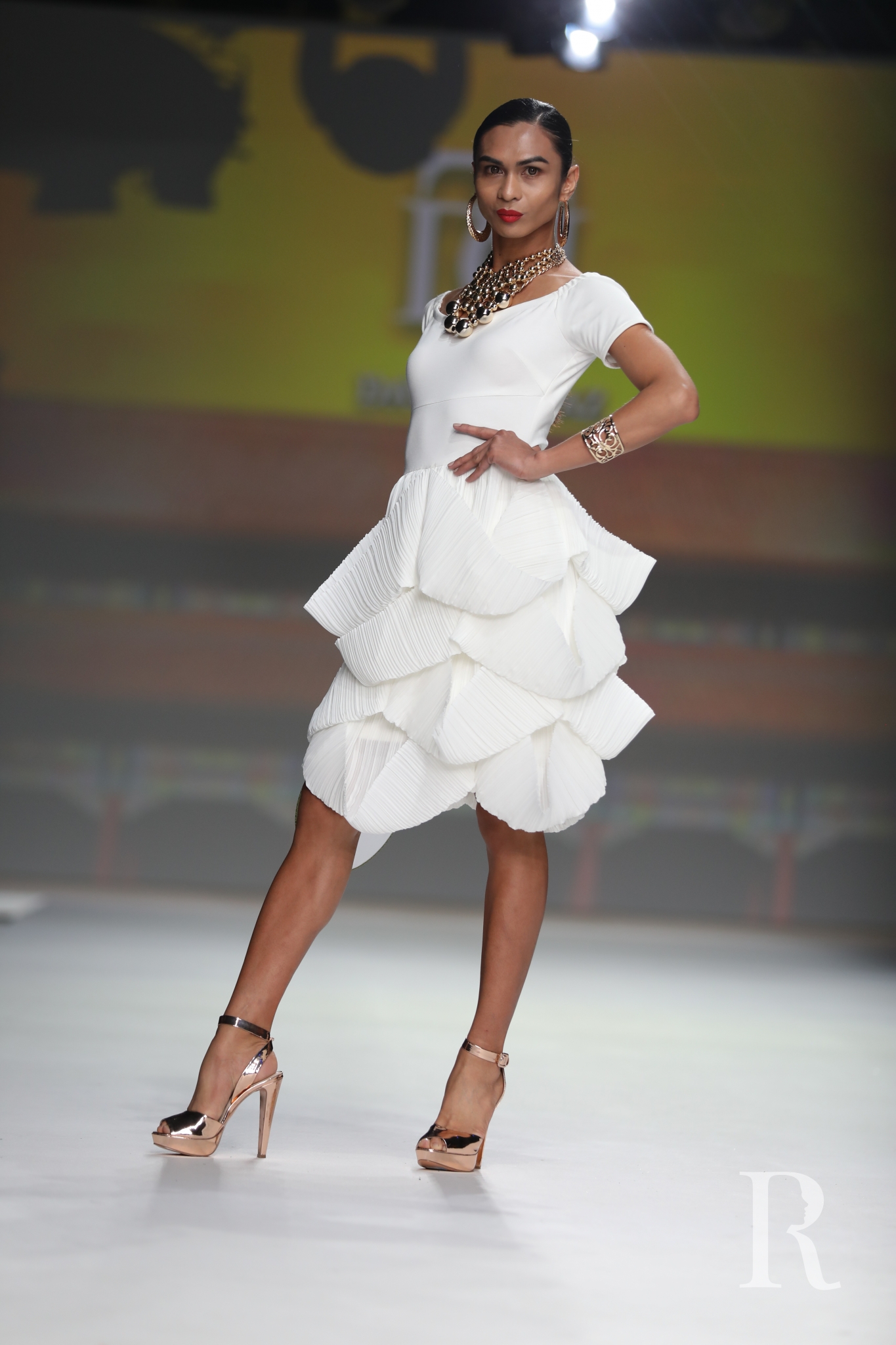 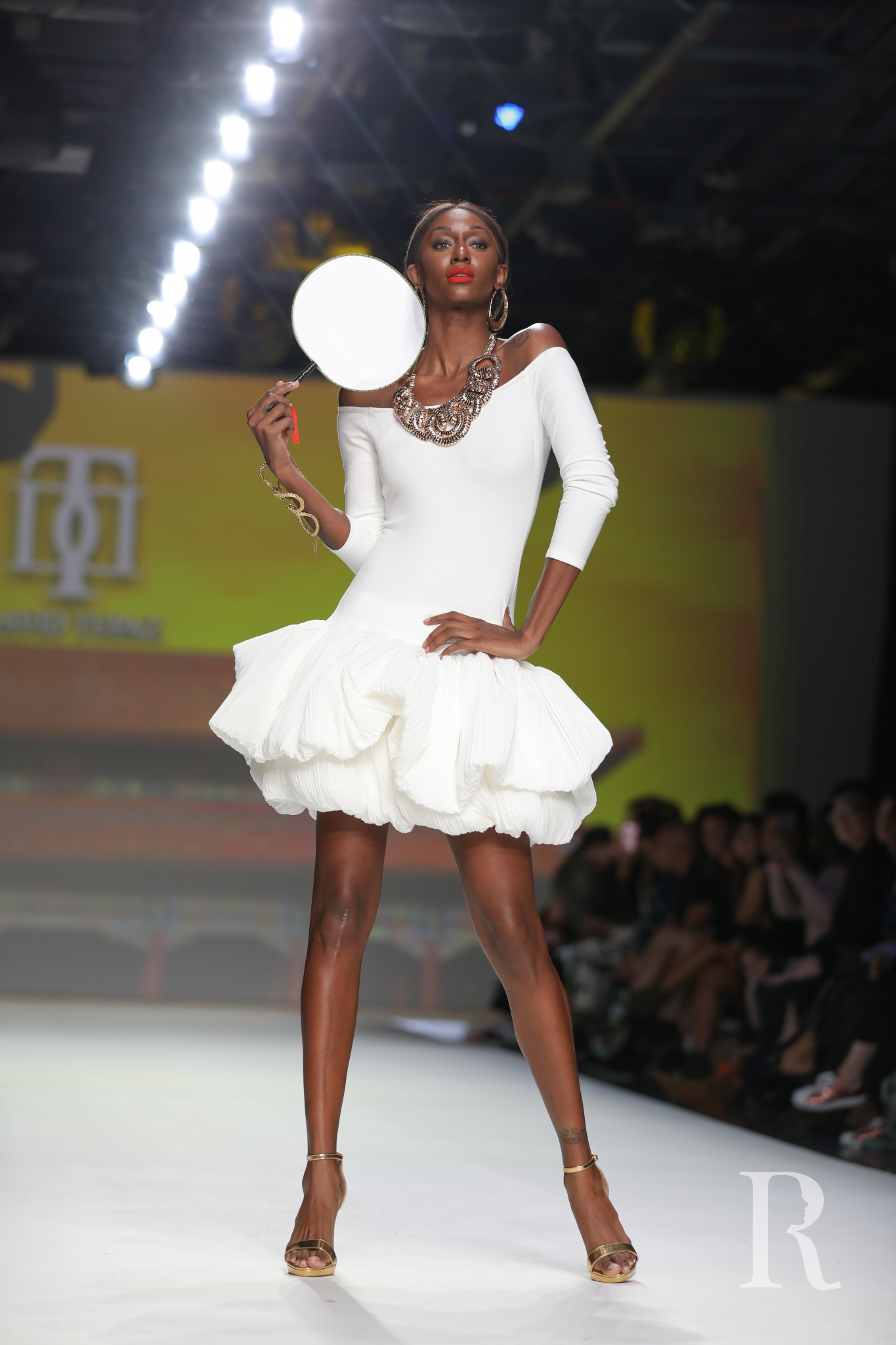 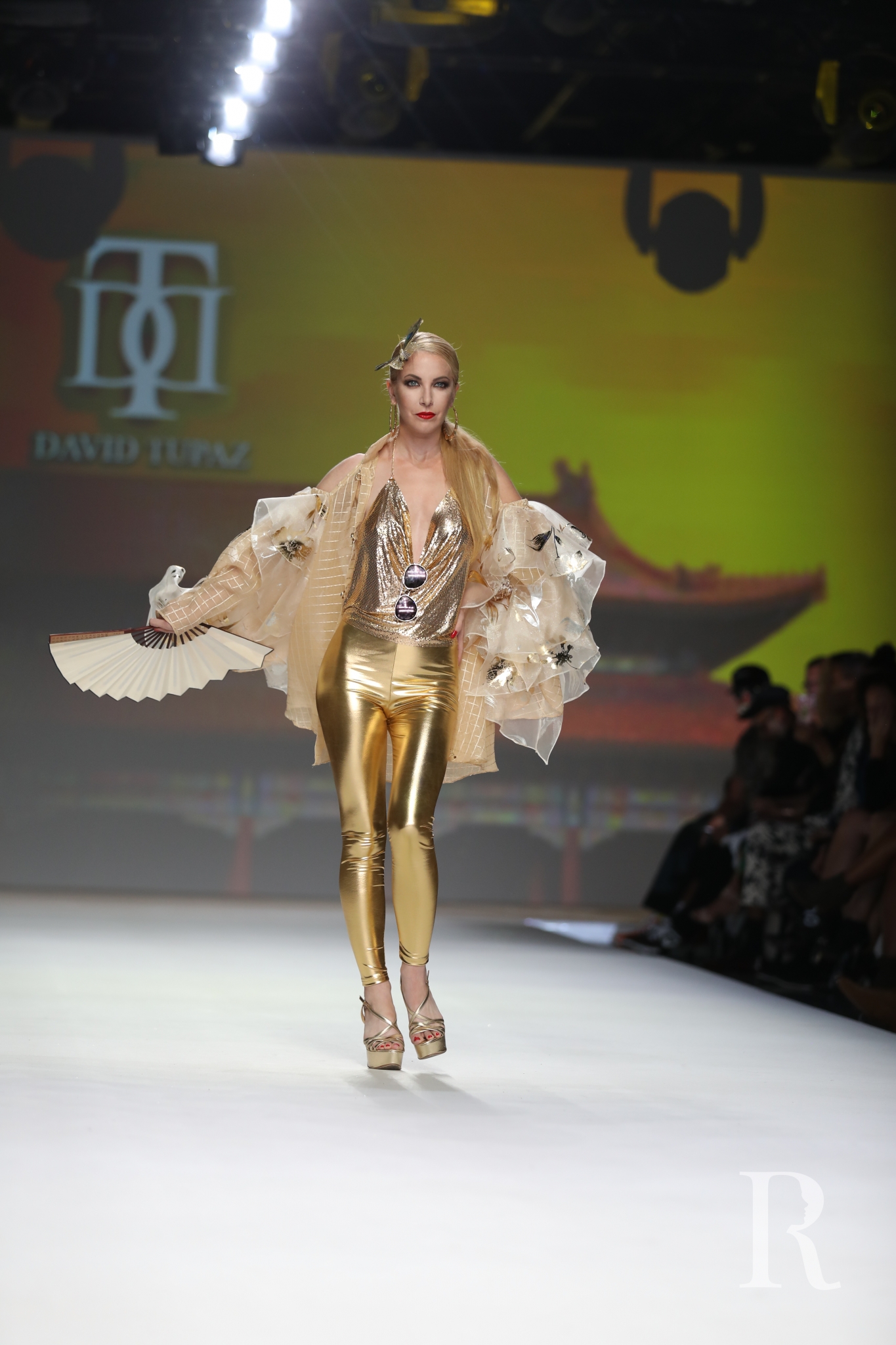 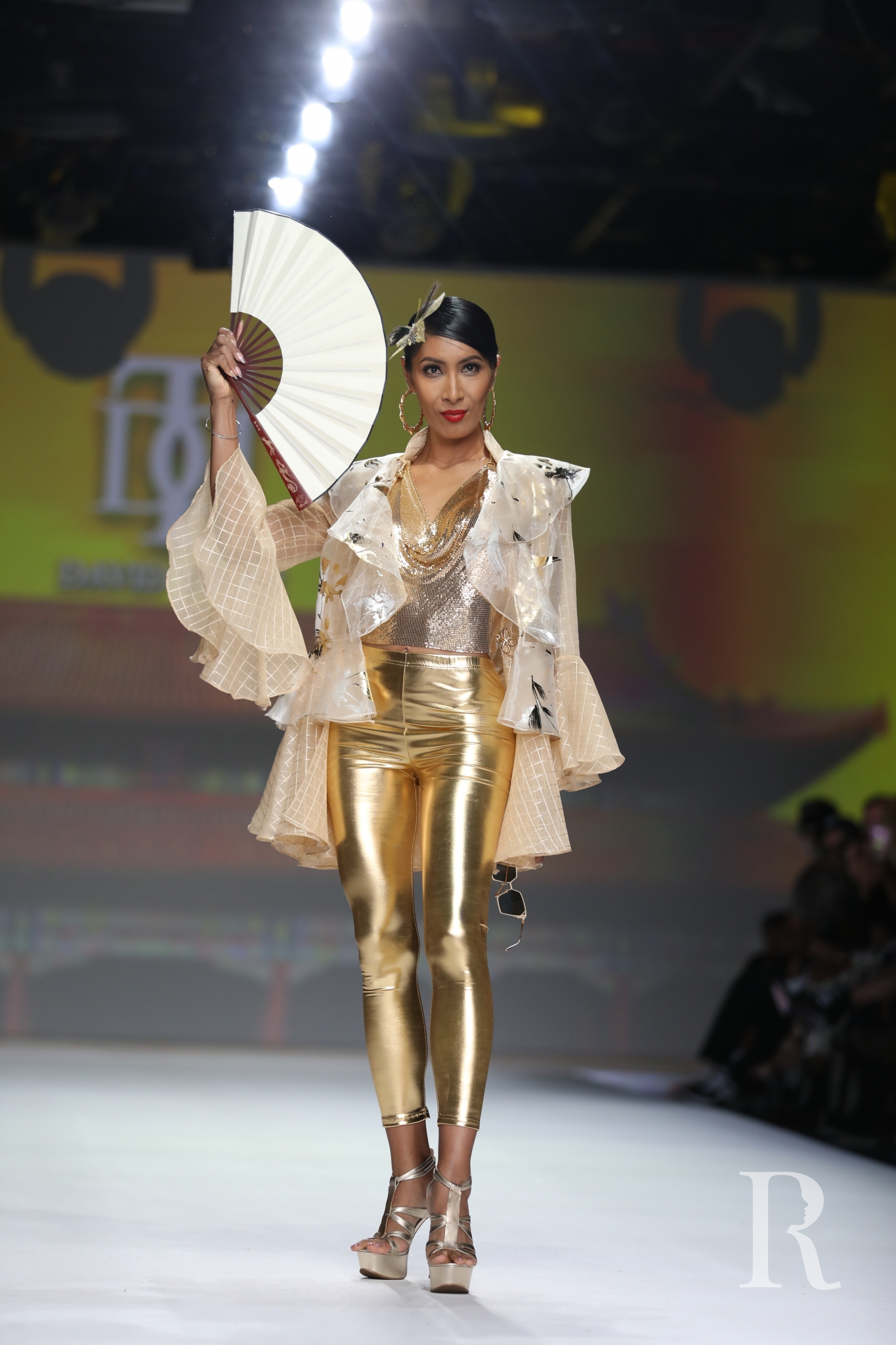 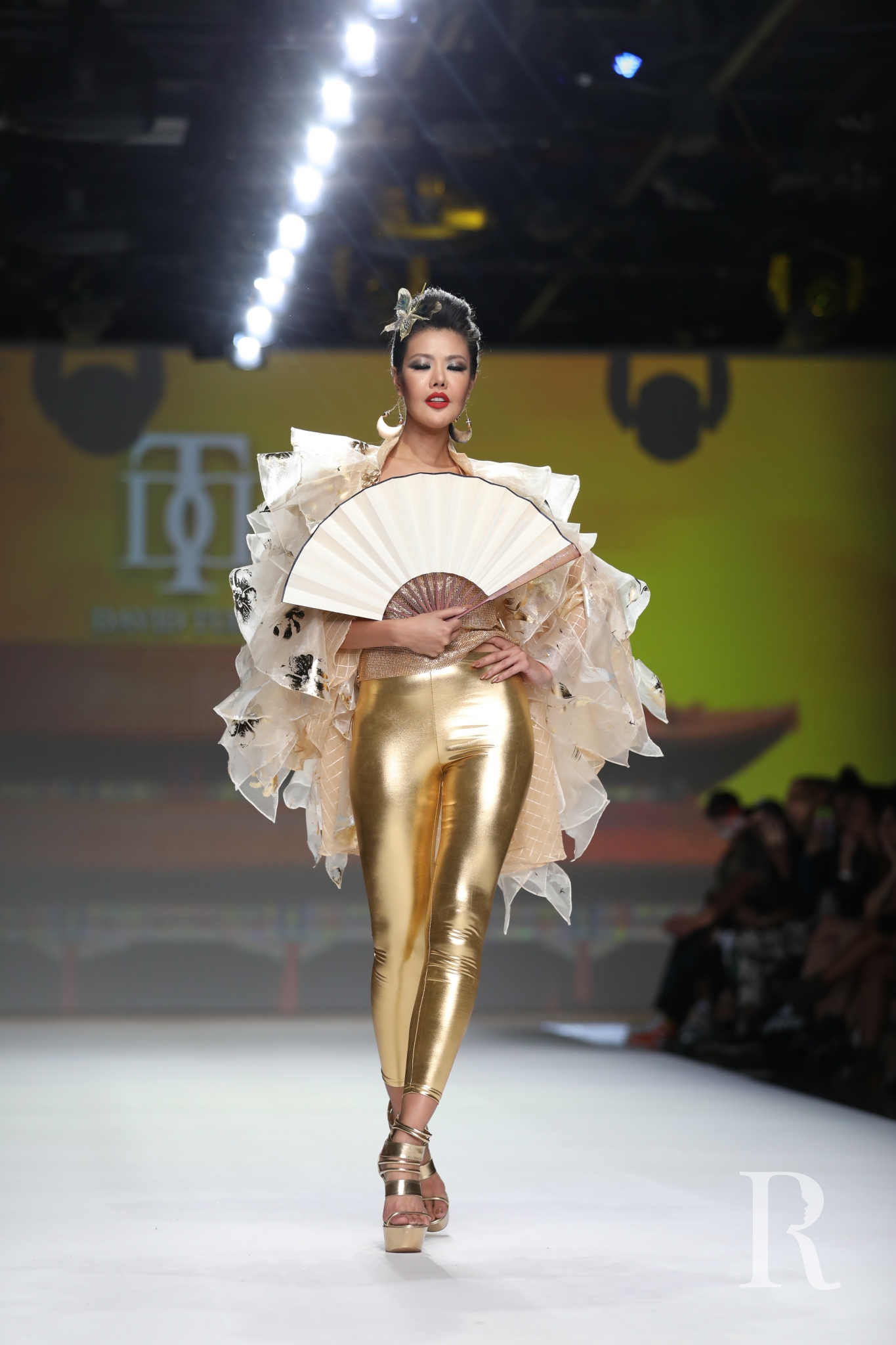 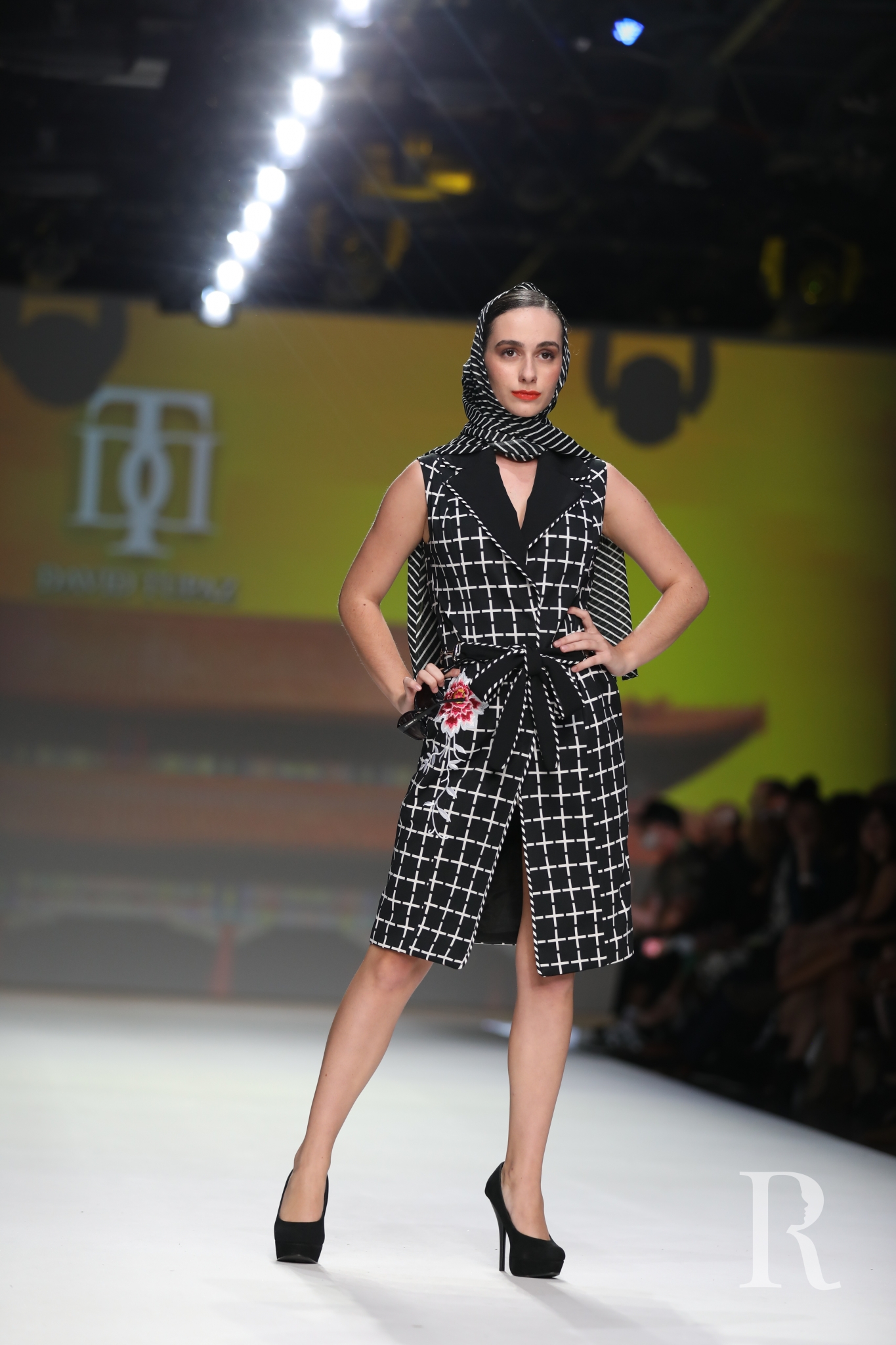