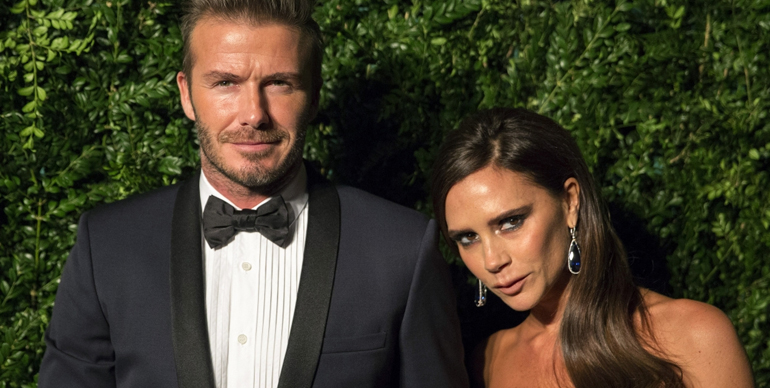 David and Victoria Beckham. The ideal celebrity couple who truly have it all. Other celebs may pretend they can compete with this soccer legend and his popstar lover but they’re only kidding themselves. Others will fight and cheat and awkwardly split up after private jet trips à la Brangelina. They’ll give up budding careers for each other or end illustrious careers to be together. Any way they attempt it, there’s no way they’re going to beat the David and Victoria story or surpass the success these two icons have had as a couple. These two don’t have a clumped name like Brangelina because they’ve both managed to keep distinctly separate identities throughout their famous relationship. There’s a lesson for every couple in that little piece of trivia. Don’t let love swallow you up! Instead, build a fiery romance that lets you grow your career like these two spicy celebs.

LOVE AND A CATSUIT

This is a weird version of love at first sight, but supposedly it works if you have celebrity access. Mr. Beckham first noticed Victoria and her moves on television while watching a v. She was wearing a catsuit and David was immediately hooked. Legend has it he turned to his teammate and exclaimed, “That’s the girl I’m going to marry.” David was in no rush, though. He waited until she showed up at one of his games to saunter over and ask her for her digits. The next day they chatted and judging from history, there was a spark.

David and Victoria may have an unconventional celebrity romance, but even their exceptional stardom couldn’t ward off the inevitable affair. Well, in their case, it was an alleged affair. In 2004, David’s personal assistant claimed she had slept with the athlete in Spain after he joined Real Madrid. David denied these claims and Victoria, a much better girlfriend than many of her famous contemporaries, stuck by her man. Thus, a tumultuous breakup was averted and the two continued on. See? Not all rumors ruin marriages!

IS FATE A THING?

Some things just seem meant to be. David and Victoria do. Even before David fell for Victoria’s catsuit the two were living in close proximity. They grew up 15 minutes from each other as children and both came from very working class families. Perhaps that’s why it was so easy for them to slip into a familiar relationship. Both were obviously ambitious too. Never underestimate the power of having things in common.

DAVID WAS BEHIND THE BOB

Time to do some myth-busting. Remember that famous bob Victoria wore back in the mid-2000s? It was David’s idea. Victoria was sporting a bob when he first saw her in that catsuit way back in 1996 and after ten years of extensions, it seems he was ready for a change. Sorry if that shakes your faith in the immense fashion sense of Victoria Beckham. Maybe you should reference David in future.

A COUNTRY’S WORTH OF DIAMONDS

When David finally got down on one knee to give his sweet Victoria a ring, what a ring it was. The athlete demonstrated his love with a $65,000 three-carat diamond in the countryside of northern England. Think that’s the ultimate engagement ring? Victoria returned the favor with an $80,000 three-tiered band of 96 diamonds. These are the games that the famous play. Who can buy the wildest diamond.

David and Victoria haven’t always had it easy, but they’ve had it good. For them, success and love seem to go hand in hand. What a lucky pair. Don’t you wish you had just a little of what they’ve got?