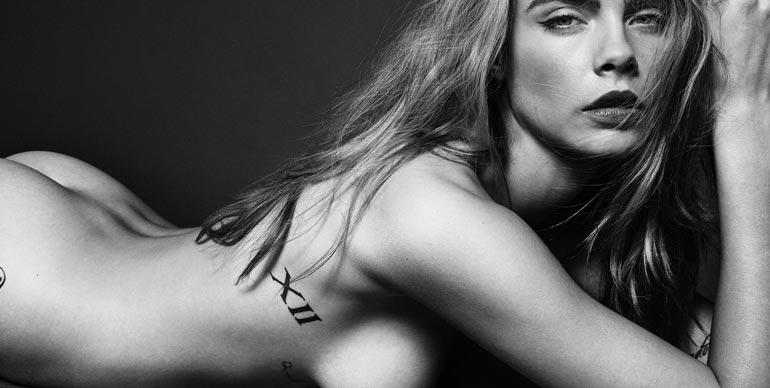 Every year or so, there seems to be a media frenzy about Cara Delevingne. In the early days, it was positive press. The young starlet was spotted by Sarah Doukas in 2009 and plucked from the masses by Burberry’s own Christopher Baily in 2012. From there, it was only a few runways before she became Model of the Year at the British Fashion Awards.

Thanks to her looks, and active Instagram, Cara was soon one of the most popular models in Europe. Riding this wave of popularity, Delevingne decided to try her luck in Hollywood, while continuing her modeling career. Her roles in Anna Karenina and The Face of an Angel solidified her as one of the few models who could actually act.

Yet, as fame often does, the spotlight soon soured. In 2014, Victoria’s Secret rejected her for being too “fat” for their runway. Then came Paper Towns and the 2015 interview that had Cara looking like a disgruntled adolescent on live television. Now, Cara Delevingne is reportedly heartbroken over her former lover’s new romance with Kristen Stewart. The wonder girl has become the tired woman.

Delevingne grew up in one of the wealthiest districts in the world. Daughter of Charles and Pandora, two well-to-do Londoners, she grew up a privileged girl in Belgravia, London. Initially, the dream was not to model but to study drama and music. Cara was good in the arts but struggled in school due to dyspraxia and depression. Her sister Poppy Delevingne excelled as in school, as did her other siblings. The expectations laid out by her older sister were tough on the young Cara. After her GCSE, she moved to Hampshire to study drama and music, but she couldn’t escape her sister. Poppy had become a model after school, and one year after her first big move, Cara decided to follow in her sister’s footsteps and enter the fashion industry.

Cara had modeled before at the age of 10, but back then it wasn’t her choice. Now, she signed with Storm Model Management and began to look for work. The industry wasn’t kind at first. It took the young Cara a year before she booked her first paying job. It wasn’t long before she caught the attention of Christopher Baily, CEO and chief creative at Burberry. Within a year, she was Model of the Year, Burberry’s treasure, and the model in demand in New York, London, Milan, and Paris. Her 2012 employer’s included Jason Wu, Oscar de la Renta, Carolina Herrera, Dolce & Gabbana, Chanel, and Vogue. Talk about a launch into stardom! The demand continued into 2013, securing Cara’s name in the fashion industry. Confident and secure, Cara turned her attention to her true passion: acting.

Acting started out great for Cara. Poppy Delevingne wasn’t in Hollywood, so there weren’t any shadows looming over her. After a few but roles, she hit it big with The Face of an Angel. The film wasn’t a huge success, but Cara was praised for her ability to bring something raw and fresh to the screen. This was in 2014, shortly after the Victoria’s Secret insults. The panel that chooses the models for the Victoria’s Secret Lingerie Show is always harsh, but their comments to Cara stirred up the model weight controversy. Model body image issues groups targeted the panel for calling multiple models “fat.” Cara Delevingne, in particular, was referred to as “bloated,” even though none of the women seen ever approached the criteria for plus-sized models. The cinematic side of life seemed to be the better half for Cara that year.

The next year brought about another film, the teen fiction Paper Towns. Though applauded for her performance in the film, Cara made more headlines for a difficult interview on Good Day Sacramento. When she was given rather shallow questions, her responses became increasingly sarcastic until she cut the video feed in the final seconds. While many came to her defense, including the book’s author John Green, her public persona as a sweet young model melted away. She earned the rep of a bratty young British actress.

The label “brat” didn’t stick in Cara’s native Britain. Luckily for her, the fashion world was ready to welcome her back in Paris during 2015. Yet, Cara’s true ambitions were to act and perform. Using her reputation from Paper Towns as a jumping off point, she landed the role of June Moone in Suicide Squad in early 2016.

Once again, it became a film with mixed reviews in which Cara was gently praised for her performance. Since Suicide Squad, it seems this model has been resting. A proclaimed bisexual, her recent split with lover Annie Clark, better know as performer St. Vincent, seems to have left her devastated. After a few years of controversy, maybe it is time for a little break from the public life.

This past weekend, she was seen partying it up with friends, Taylor Swift and Dakota Johnson. Not bad company for a Halloween party. Yet, it is rumored that behind the scenes Cara is still very much in the emotional throes of her lost love. Because Victoria’s Secret just casted the 2016 Lingerie Show; because I wish St. Vincent hadn’t left her for Kristen Stewart, and because we love her Instagram posts, Cara Delevingne is our very first Model Spotlight.