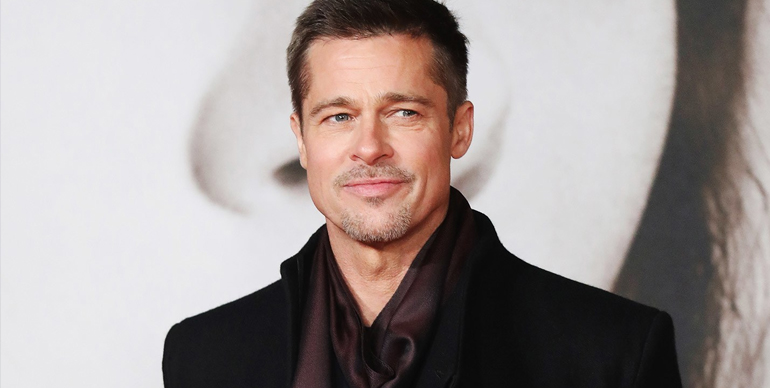 Turn-of-the-century fashion wasn’t good to everyone, but it worked for Brad Pitt style. You can say it was his smoking good looks, but even if that was a big part of his fashion success in the 90s and early aughts, there was something about those cardigans and loose-fitting suits that truly did work for him. Perhaps there’s more to the mythical Pitt magic than simply melting the hearts of Jennifer Aniston and Angelina Jolie. Whatever the reason, Pitt’s surprising mastery of two decades fraught with embarrassing fashion trends makes him the ideal candidate to help you navigate this scary new aughts renaissance that seems to be creeping up on us. Don’t let current vintage fads distress you. With Brad by your side, you’ll be well on your way to conquering rediscovered formalwear. It will be an even more successful partnership than either Braniston or Brangelina. Promise.

Everyone knows grunge was all the rave back in the mid-90s, but even in a decade when sloppy could easily pass for chic, Brad was careful to leave a memorable mark. Those jeans need to go, but the speckled baggy sweater and long blonde hair have a desirable rock-star effect. If you want your 90s throwback outfit to reference Kurt Cobain, this is how to do it without making a fool of yourself.

How do you feel about corduroys and cardigans? They’re back for seconds in the 2010s and it’s time to make up your mind what to think. Most of the styles you see today are more form-fitting than Brad’s ensemble here, but it won’t be a bad thing to see that trend shift a little. Skinny trousers are fine in measured quantities, but sometimes I miss a nice straight cut.

On to the matter of 90s suits and their pros and cons. To be honest, even Brad struggles a bit here. The looser cut does him some disservice, really bunching up around his waist to create the unintentional illusion of extra pounds. That said, the refined color and simple tie are nostalgic pieces that remind you of a simpler time. A quick 90s formalwear trick would be to ditch the bright-colored suit for sleek navy blue. You can also go back to wearing broader ties. Not an 80s power tie, mind you, but something a little wider than that preppy textured one.

It’s time to remember Braniston and enjoy the ways Jennifer spruced up 90s Brad in the early aughts. This look is simple enough. A black-and-white suit with loose-fitting pants and a straightforward necktie. It makes us think of Reservoir Dogs and that unique blend of formal and casual. Before relaxed fashion started to infiltrate formalwear, designers were playing with how to bring haute couture to a more practical level. Now there’s a simple aughts fashion fact to help guide your new wardrobe.

Brad was rocking the monochromatic suit long before Kanye West decided to make it one of his signature styles through Yeezy. Pulling out his casino chic shirt collar and matching beige with black, this is Ocean’s Eleven fashion at its best. Don’t go for black shoes and a brown suit, but you can certainly unbutton that top button and show off your Adam’s apple. It’s time to make the classic collar cool again.

It seems Brad got the message about 70s-inspired outfits too, though this ensemble of his seems more Boogie Nights than Annie Hall. With the awkward knee hems on his jeans and thick double-breasted coat, there’s something very 90s about this get-up too. Decade-mixing is getting more attention these days with 70s and 80s combinations. Perhaps you should try a broader combination this fall and copy Mr. Pitt.

Black-on-black hasn’t been gone for very long, so it’s a stretch to say the return of this monochrome look is part of fashion’s nostalgic look back at the aughts. However, it certainly was a part of that decade’s formalwear wardrobe so you can draw inspiration from back then either way. Pile on some casino class and slip a dark button-down under your deep black suit. You may look like a classy bouncer, but I’m sure you can use that comparison to your advantage.

We’ll finish with an example of what not to do. Even Brad Pitt’s impeccable good looks can’t save him from stumbling into bad 90s fashion now and again. Let this outfit be your proof that the 90s renaissance is best worn one piece at a time. A crinkly leather jacket or graphic tee or slouchy jeans might work if you single them out as statement pieces that are part of a better outfit. All together, they just look grungy and not in a sexy Cobainesque way. Steer clear of loving on the 90s too much.

You can wear 90s fashion and aughts style with as much expertise as the stylish Brad Pitt if you’re careful. Make his triumphs and failures a road map to success. Soon, you’ll be strutting around in clothes people never knew could be trendy.