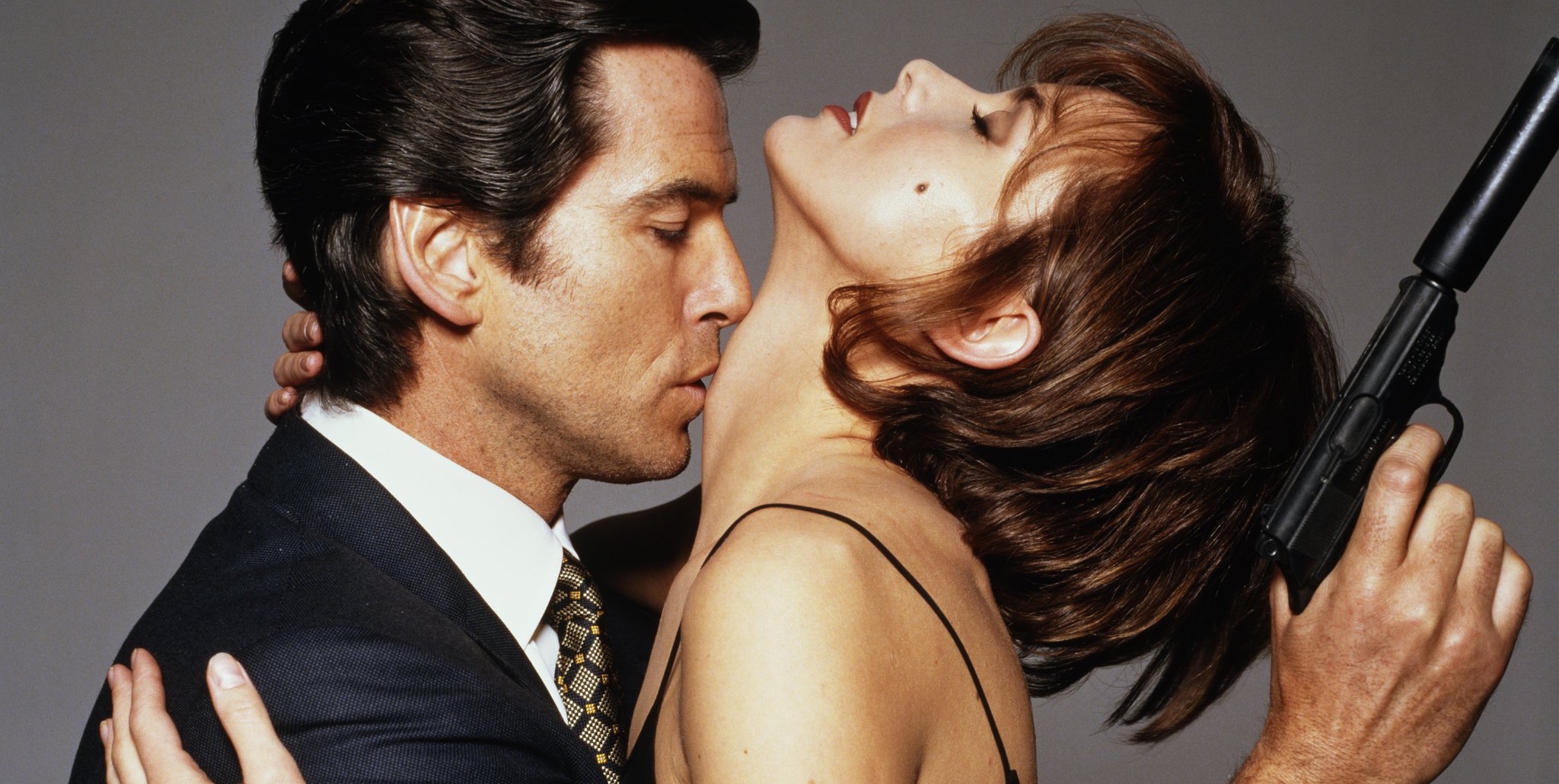 Bond girls have a less-than-satisfactory reputation when it comes to their attitudes about sex and commitment. They’ve all seemed quite eager to jump on James Bond in a heartbeat, especially back in the early days. Despite this over-sexualized quality, there’s a far more alluring element to the legend of the Bond girl. These women sure knew how to wear their seductive costumes. Starting with one of the finest bikini reveals in film history and leading up to current society’s obsession with clingy dresses and full hips, these ladies have helped define the term “siren” for each decade since the original Bond film back in 1962. Back when Sean Connery was ordering his martini’s “shaken not stirred,” the costumes were considered daring and almost taboo. Today, they feed the worldwide hunger for luxury clothing. See what you can learn about culture and your wardrobe from these signature Bond girl looks.

In the first Bond film, Eunice Gayson wore a beautiful one-shoulder dress and Zena Marshall sported ornate blue Chinese silk, but neither of them could compete with Ursula Andress in her white bikini and thick knife holster. The be all and end all of bikini scenes, it made two-piece swimsuits irresistible, helping to fix their taboo reputation.

FROM RUSSIA WITH LOVE

Featuring bikinis, bralettes, and skimpy gypsy scarves, the second film of this steamy franchise helped solidify the Bond girl as the ultimate sexy woman of the Hollywood screen. It also introduced some exotic costumes covered with those hippie florals and other decorative prints.

By 1964, female empowerment was in full swing. Striving to incorporate the sexy woman while making her relatable to the newly liberated one, the Bond writers came up with perhaps the most iconic of all the franchise’s film girls. This was Pussy Galore, a woman who wasn’t afraid to battle in trousers and a sportcoat. She was a new type of girl for the Bond canon and a fresh woman for Hollywood as well.

Early on, the swimsuit was glamorous and fantastical. Once the franchise reached Thunderball, they were able to make the swimsuit feel less eye-popping and more commonplace. It’s a testament to their work in the beginning that they could carry the idea through until it felt casual.

YOU ONLY LIVE TWICE

The wardrobe for this Bond film was filled with pastels. Costumers and beauticians also placed a greater emphasis on makeup, bringing a new element to symbolize the iconic girls and motivate cultural style.

ON HER MAJESTY’S SECRET SERVICE

Pussy Galore was long gone by this film, but her style legacy remained. Here, both Diana Rigg and Angela Scoular gave trousers a try to excellent, if campy, effect. It was an ideal way to usher in the 70s.

With eye-popping black and white contours, the 70s brought a new passion for complementary colors and bold prints. The Bond films grasp this early on and made sure to include that design in their filmic wardrobe. It was the first of a series of vibrant designs to fill the Bond canon during this colorful decade.

Contrasting the hobo with boho chic was a significant 70s troupe and Bond ran with it. This playful picture looks more like A Midsummer Night’s Dream than one of the sexiest film franchises in history. These influences all felt futuristic, post-apocalyptic or Eastern, a clear symbol of the times.

THE MAN WITH THE GOLDEN GUN

Pucci prints and capri pants hit the fashion market with gusto in the mid-70s. Always up to snuff when it came to fashion in the 70s, the Bond films followed suit and introduced girls in knee-length pants and decorative prints.

THE SPY WHO LOVED ME

Long robes and statement straps were the outfits of choice for late 70s Bond girls. Notice how the bikini has changed from a raw, revealing suit into swimwear that oozes with sex appeal.

Perhaps appropriate for a film with this title, the iconic piece worn by Roger Moore and Lois Chiles was a dodgy yellow jumpsuit. It doesn’t get much more 70s than that.

FOR YOUR EYES ONLY

Translating the jumpsuit into a more practical context, the first 80s Bond film sacrificed a lot of fashion for function. It didn’t always work, but the pronounced break from traditional Bond garb felt surprisingly refreshing.

It was a bad title to begin with, but the addition of exotic bralettes and bejeweled dresses made this one of the more troubling entries in Bond girl style. The designers just seemed to be lost when it came making the exoticism relevant.

A VIEW TO KILL

Grace Jones introduced Bond fans to some of the finest fashion-forward outfits ever featured in a franchise film. With hooded dresses and sleek tights, she made badassery look sexy and stylish every fight.

Skipping over The Living Daylights, which was the least notable of all fashionable Bond films, the end of 80s Bond featured halter-necks, rusched waistlines, and jewel tones. This began the crossover from popular fashion to formal attire. From now on, Bond would be back to battling his enemies in a suit.

Embracing what was prim office fashion in the 90s, Goldfinger is full of Izabella Scorupco with a 90s bob and button-down sweater. Just in case you forgot what decade you were in.

Back to the sophisticated class that originated the Bond brand, this film saw Teri Hatcher in an evening gown with plenty of cleavage. Rocking The Rachel, she may be the finest 90s chick in franchise history.

The contrast here expresses everything about the end of 90s Bond. It was classy and relatable, a mixture of Indiana Jones and Sex In The City. A good way to end the 20th-century, look back at 1962 and forward to the 2000s and beyond.

The Bond girls of the 20th century were a part of revolutionary decades in womenswear and style. Their outfits will help you craft the vintage wardrobe of your dreams. Seize that sex appeal and get to work on your spy-worthy outfits today.