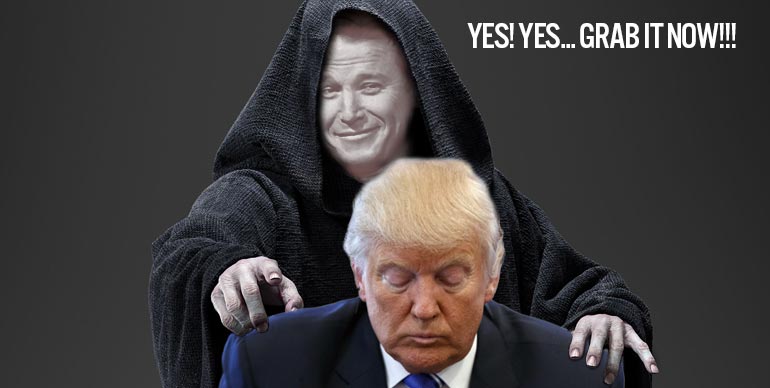 This week, Melania Trump tried to save her poor husband by accusing Billy Bush of goading him to “grab em by the pussy.” Donald Trump, ladies and gentlemen, does not normally relish the thought of grabbing unsuspecting women by the pussy. He simply does this when encouraged to by television producers. In an effort to understand this strange justification of Trump’s actions as presented by Melania, I have assembled some tweets. All these tweets imagine scenarios in everyday life that could be remedied by blaming them on Billy Bush. Is this an effective way to absolve oneself of all responsibility? Have a read and decide.

I ate another bagel today #BillyBushMadeMeDoIt

I bet Ryan Locthe is thinking…why didn't I think of that!!! That's the ticket!!! #BillyBushMadeMeDoIt https://t.co/UcC7FJ2JMl

That time I bought the 4% fat cottage cheese instead of the 2%. #BillyBushMadeMeDoIt

BANK ROBBER: Billy Bush made me do it