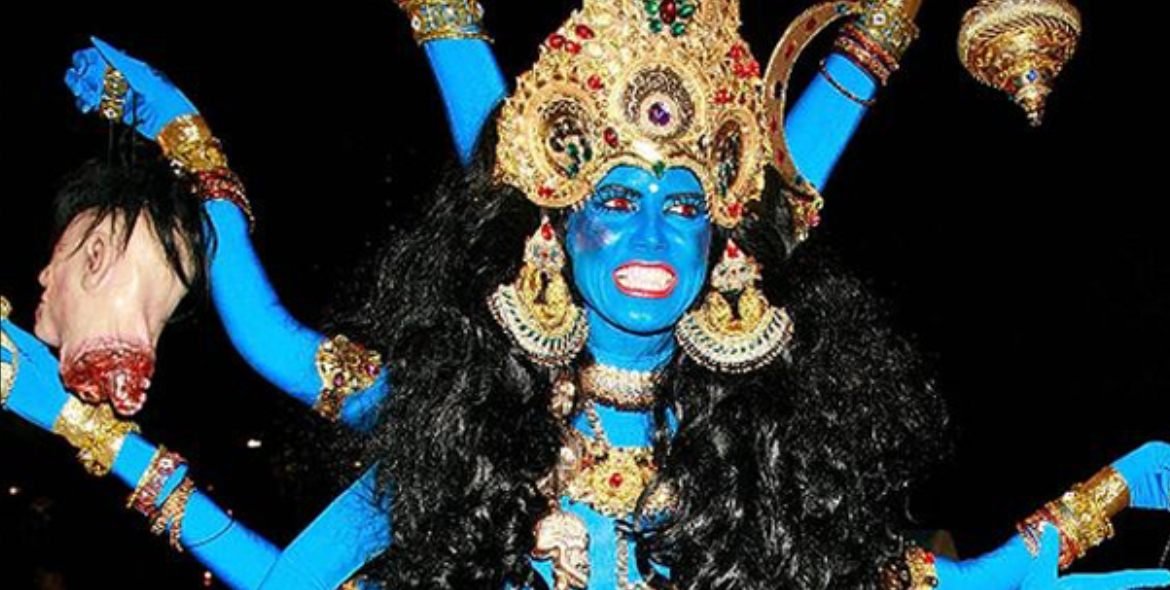 If you can impress at a high-end Halloween party, it just feels good. For pristine costumes crafted by actual designers, you’re going to need a nice chunk of cash. For most of us, ogling is a much more realistic option. With this Richard Magazine list, you can ogle the best of celebrity Halloween costumes for some supreme fashion inspiration. Let’s take a peek at how the big stars approach their cosplay red carpet moments.

Heidi Klum is on this list multiple times because she is the ultimate celebrities Halloween costume queen. Look at those boobs and that hair! Is a better Jessica Rabbit costume even possible? Nope. Richard Magazine doesn’t think so .

Nothing held Cindy Crawford back in this impression of the infamous bike gang. From the laced up knee-boots to the shirt insignia, she had the real biker babes jealous as hell.

As we said, when it comes to celebrity Halloween costumes, Heidi Klum is the best! If you thought Jessica Rabbit was impressive, imagine the work that had to go into this intensely colored outfit. Complete with wings and antennae, it doesn’t get much better than this.

Before she became one of the miserable ones in Victor Hugo’s classic tale, Anne Hathaway displayed her raven black hair with pride. Look closely. She’s got the Egyptian jewelry down to a tee.

Gwen Stefani takes Cinderella costumes to the next level with her bejeweled version of the classic princess look. Rather than just a ballgown and crown, these accessories make the character look especially rich, I mean, royal.

Guess who painted herself blue and added on some six additional arms to run around the streets of Los Angeles one Halloween? If you guessed Heidi Klum, give yourself a round of applause. Heidi, we love you.

The girl known for her silver screen portrayal of the naïve Snow White knows how to get wild for Halloween. Armed with a demon baby doll, Ginnifer Goodwin took on the trouble mother from Rosemary’s Baby with startlingly perfect results.

Did we expect car-crazy, tough guy Dwayne Johnson to come out on Halloween night in a vest and sailor hat puffing on a corncob pipe? No, but it was adorable. I just called The Rock adorable. The magic of Halloween, everyone.

Call him a copycat, but Scott Eastwood pulled off a near perfect cowboy impression of his father. Sparkling blue eyes and family genes definitely helped this look along. I do give Scott credit for a sweet idea, though.

When you’ve got the means, Halloween is less of a dress-up night and more a celebrity look-alike contest. There’s nothing wrong with a look-alike contest! As long as it’s fun, who cares? Just please don’t do this: