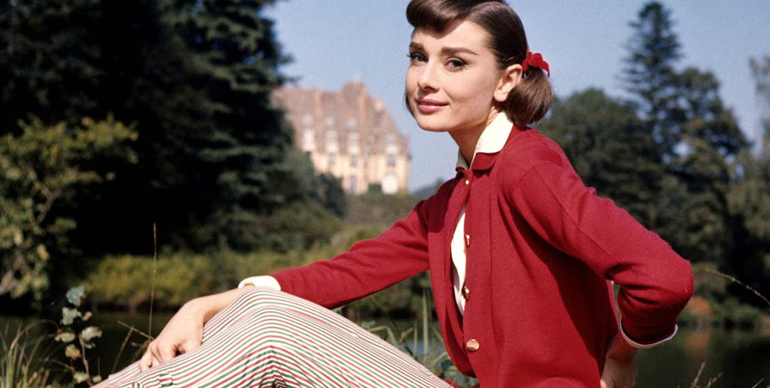 When it comes to renowned Hollywood actresses, few can match the indomitable woman Audrey Hepburn. More refined than Monroe and less promiscuous than Loren, the star of classics like Roman Holiday, Breakfast at Tiffany’s, and My Fair Lady had a rare mixture of talent and class that allowed her to soar to the heights of stardom in the 50s and 60s. More than any other Golden Age performer, she genuinely embodied that Jackie Kennedy quality of soft-spoken regality. She was so iconic and lithe in her interactions that the humorous, human sides to her personality are often forgotten. Many remember her only as a Holly Golightly in the black dress and pearls or Eliza Dolittle in tattered hat and rags. There was much more to this glorious actress than the roles she played and the calm face she presented to the public. Here are some fun facts to prove it.

Though often exuberant for the screen, in private Audrey Hepburn was not one for incessant socializing. She was more of an introvert, preferring to spend time not on set alone in her apartment. For such a vivacious character on-screen, this revelation came as a surprise to fans when she described it later in life. Just goes to show what an excellent performer she was.

WWII HAD A BIG IMPACT ON HER

Born and bred a Brussels girl, Audrey faced the atrocities of World War II in person when her hometown was invaded by the enemy. She was even suspected of being part of the resistance at one point, narrowly escaping when the car she was in pulled over to the side of the road. All these hardships lead to malnourishment and anemia during the war, illnesses that resulted in the tiny frame she would become famous for.

SHE HAD BALLERINA HOPES

By age 5, Audrey knew exactly what she wanted to be in life. Her dream was to soar across the stage in London and she trained for a long time under the famous Madame Rambert before the war. Despite her efforts, life as a full-time dancer never worked out. She would have to settle for dance roles in film like her iconic performance in the movement-heavy Funnyface.

SHE WAS A WWII RENEGADE

All the danger and devastation of world war didn’t stop Audrey from performing or sharing her risky beliefs. During the fighting, she served as both a volunteer nurse and secret agent for the Dutch. Her undercover work was done in the form of secret shows to which she would carry resistance messages in her ballet slippers. Talking about making a difference through your art.

SHE WAS VERY SELF-CONSCIOUS

Though public applauded for her beauty, Audrey never fully believed people thought she was as beautiful as they claimed. According to her song, she went through life convinced her nose and feet were too big. She also thought her skinny figure was lacking, especially next to busted bombshells like Marilyn Monroe.

SHE SANG HAPPY BIRTHDAY TO JFK

Everyone knows Marilyn sang JFK the most seductive rendition of Happy Birthday in history. What people forget is that Audrey Hepburn lent her voice to celebrate the President’s last birthday a year later. Unlike the famous Monroe version, Hepburn’s was never recorded.

Ever since her early celebrity years in the 50s, Audrey was an active humanitarian. Her work spread far and wide, but a big chunk of it was done in partnership with UNICEF. When explaining what the organization meant to her, Hepburn recalled the horrors of living in Brussels during the war. “I was among those who received food and medical relief right after World War II,” she remembered. “I have a long-lasting gratitude and trust for what UNICEF does.”

In perhaps one of the most famous interviews of her life, Audrey told the world she did not see herself as an icon. She was just another person going about their daily life. It was this disarming modesty that made her the lady neither Monroe nor Loren could ever be. For Hepburn, celebrity was never something to flaunt.

Audrey Hepburn epitomized the sophisticated Hollywood star. Even today, she stands out as a symbol of class and confidence. If you want proof that not all rich stars are extravagant and conceited, she’s the lady you seek.