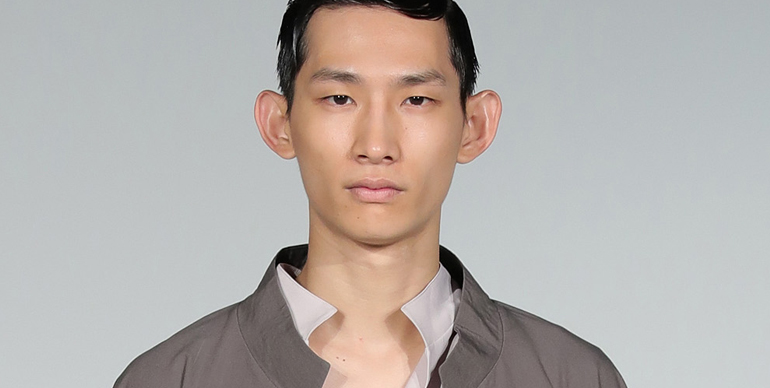 The latest trend in men’s fashion models is alt-beauty. What is alt-beauty? It’s asymmetrical faces and oversized features. It’s a slightly sallow pallor and shaved heads. It is, basically, an acknowledgment of the imperfections of the human appearance. Aided by social media, the current generation is paving the way for more diverse trends in modeling.

The Modeling Industry’s Single-Minded Past

Back in the 90s, the industry big guns reigned. To solidify their reign, they chose conventionally beautiful models like Naomi Campbell and Kate Moss to wear their clothes. These models of the fashion runway because as famous as the clothes they wore, prompting the male fashion world to follow suit. Beefcakes like Alex Lundqvist and Marcus Schenkenberg dominated the male shows, setting a harsh, specific standard for other models to follow.

This lead to a few pronounced trends on men’s modeling runways. Almost all big-name models were white. They were also expected to be pretty and debonair like David Gandy. This led to very specific expectations about what masculinity was. Companies like Abercrombie and Fitch went through public ridicule for their one-side favorability. One can only imagine these models were reinforcing their hunky, white-boy aesthetic. So the image of a Lundqvist or Gandy became the norm, not only in adult fashion but high school and tween fashion as well. And this is how male model-dom continued until social media took over.

The first models to find fame through social media channels were women. In the age of Instagram and Twitter, Gigi Hadid understood just how to position herself to explode from the digital world into actual runway fame.  By cultivating a large online presence, she made a few small outings at lesser known fashion shows a huge deal and soon landed deals with bigger designers at the shows that matters. Lucky Blue Smith followed a similar route to stardom. Yet, while social media helped conventionally beautiful stars unleash their true potential, it also had a negative effect on the whole concept of beauty.

It started slowly. First, people embraced this new medium that allowed them to present an image of themselves that superseded their actual reality. Selfies and Instagram accounts made it possible to shape your life the way you wanted it to be, to look the way you wanted to look. But eventually, the novelty of ‘looking perfect’ wore off and inspired a search for something more genuine. That is where we are today. We are in the midst of a search for more relatable, more diverse people who can represent how we feel about life and about the way we look.  This is the essence of alt-beauty as it is currently emerging in the former Soviet states.

Eva Gödel is the manager of a German talent agency known as Tomorrow Is Another Day. She has listened to the cry for honesty and a more honest, diverse male representation in the model industry and started to forge a new path. Gödel’s favorite candidates are men who may not consider themselves good-looking enough to apply to be models. She has said she prefers to cast her shows based on ‘the way people move, how they dress and do their hair, how emotion crosses their faces.’

In short, more like a film casting than a traditional model call.  Her company is credited with the discovery of Paul Hameline, one of the key representatives for Vetements, and Balenciaga regular Steve Morell.  Morell description of himself perfectly sums up the uniqueness of the alt-beauty trend. “I have a characteristic face, cheekbones, big eyes. It’s like an elegant, bizarre, 80s character.”

Avdotja Alexandrova, founder of the Russian agency Lumpen, works in much the same way as Gödel. She has declared the time of the faceless model over.  The ‘faceless model’ is an interesting phrase to use to describe modeling trends before alt-beauty.  The fashion runway used to be more about the clothes that were worn than the people wearing them. Now, it seems both are important. Perhaps real people make high fashion more accessible.  In the age of social media, we are so used to being distant from everything that we long for tangible ways to latch on to things.

Seeing normal, diverse people on the fashion runway helps us to imagine runway clothes on our backs. ‘Nodels,’as these unglamorous, normal models have been coined, take the unattainable glamor out of fashion. This is true of 2016 fashion trends like athleisure and high-end sneakers as well.  There’s something about the glamor of fashion that doesn’t work the way it used to.

In the 21st century, we prefer comfort and relatability.  The model industry still has a long way to go before It can be characterized as open and diversified, but if alt-beauty keeps growing as a trend, we’ll be much closer to a people’s model industry of the people and for the people than we were before.