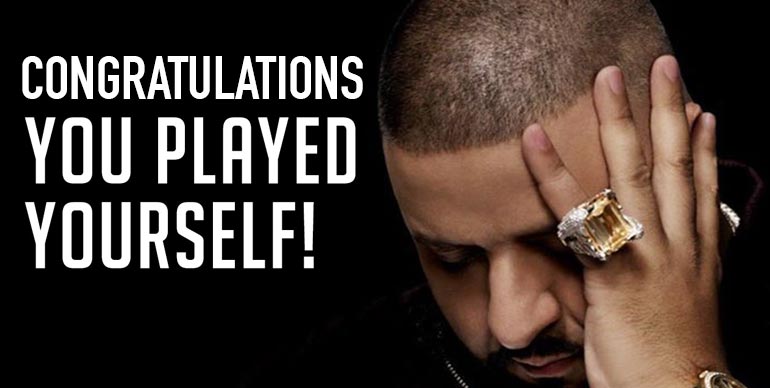 Who doesn’t love fashion scandals? Don’t try to take the high ground. We all like watching someone crash and burn in some strange, horrible way. Why did he do it? Is she guilty? What happens next!? We’re hungry for the nitty-gritty details. We are a dramatic people with a skewed fascination with things that go wrong. The obsession is especially strong in the fashion industry, though. So you can bet when something goes awry, it explodes with the appropriate flair. In light of recent political developments, scandal seems a timely thing to ponder. Maybe it will be a bit cathartic too. Remember these five fashion scandals?

Mike Jeffries, the melodrama-inducing former CEO of Abercrombie & Fitch, is not a tactful man. In 2013, he made this abundantly clear to the public. “Are we exclusionary? Absolutely,” barked Jeffries. “Candidly, we go after the cool kids. We go after the attractive all-American kid with a great attitude and a lot of friends. A lot of people don’t belong [in our clothes], and they can’t belong.” He continued on to explain why he hated fat people. Mr. Jeffries, prefacing your insults with the word “candidly” doesn’t make them more palatable. Within months, the company was searching for a new CEO. A&F remains homoerotic and elitist, but at least now it leaves many with a bad taste in their mouths.

Someone needs to sit down with the upper management of Urban Outfitters and explain to them the meaning of the word “appropriate.” This person would do well to add that in order to achieve “appropriateness,” the company should take the time to do some “research.” Designers should know grey and white stripes emblazoned with a pink triangle were the prison uniform for gays in Nazi concentration camps. They should know not to label a color combination “Obama/Black.” Perhaps most tragic, they should know a faux blood-spattered “Vintage Kent State Sweatshirt” was just… no. Scandal isn’t style, you hipsters. Cool it.

2011 saw this designer fired by Christian Dior himself after one of the cruelest outbursts fashion can remember. Drunk in a bar in Paris, Galliano exploded at two women walking. “Your forefathers would all be f***king gassed,” he shouted. “I love Hitler.” You’d think clients like Princess Diana and Carla Bruni would have tamed such a wild, racist tongue, but the drunken Galliano wasn’t interested in impressing anyone in Paris with anything but anti-Semitism. Galliano later claimed he was far from racist and decided to take legal action against his accusers. Because that’s what you do when a video exists of you yelling racial slurs.

It wasn’t just the Gap. Human Rights Watch uncovered Cambodian sweatshops run by Old Navy, H&M, and Adidas too. Any sweatshop will be impoverished and unpleasant, but the discoveries made in these particular shops in 2015 revealed a threatening pattern of over-exhaustion edging on abuse. The hot and crowded workrooms are stifling. Many workers routinely fall to the floor in mass fainting spells. The companies employ under-aged children on a regular basis and often fire pregnant women for being slow and unproductive. The fight to improve these conditions still has a long way to go, too. Reports show we haven’t even found all the shops yet.

Winona Ryder made a triumphant return to the silver screen in this summer’s hit series, Stranger Things. On the show, she played a slightly crazy mother in backwoods Indiana. It was a far cry from her scandalous behavior back at the peak of her career. When shopping in Beverly Hills in 2002, the actress was convicted of shoplifting $3700 of clothing from Saks Fifth Avenue. Six years later, she set off the security alarms again leaving Hollywood CVC Pharmacy. I’m glad to say it seems her kleptomaniac days are over now. This makes her the most refreshing entry on my fashion scandal list. While everyone else floundered until they failed or are continuing on with the habits that got them in trouble, Ryder reinvented herself.

It seems fashion is always ready to keep us alert, offended, and clothed. There’s always someone new to stare at or hate in this wonderful industry. Has your appetite for the gross and terrible been filled?