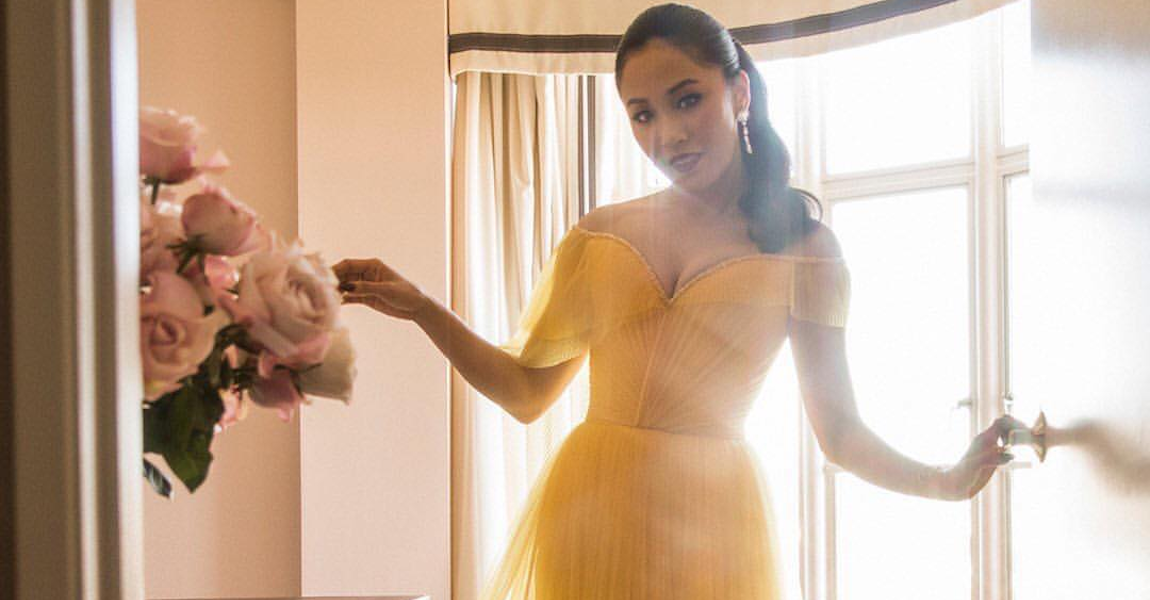 Prepare to be wowed by the latest and greatest in Hollywood movie star style! Last night, many of the biggest celebrities in the entertainment industry gathered for the special anniversary 91th Academy Awards celebration in Los Angeles. Crisp white gowns and fabulously spring-ready pink dresses reigned supreme at the 2019 Oscars red carpet, which was also filled with intricate detailing like elaborate beading and dress textures.

To celebrate the big event, we are rounding up some of our top 2019 Oscars fashion favorites of the evening for you to take a closer look at! Check them out below.

A Star Is Born actress and singer Lady Gaga channeled her inner Audrey Hepburn at the 2019 Oscars, where she picked up her first-ever Academy Award wearing a beautiful black satin Brandon Maxwell gown.

First-time Oscar-winner Olivia Colman celebrated her victorious night for The Favourite, but we also can’t help gushing over her spectacular Prada gown. According to The New York Times‘ interview with stylist Mary Fellowes, the dress is packed with symbolism and meaning. First of all, green is said to be considered an “unlucky” color for the Oscars, and she tempted fate correctly this season!

Also, when Colman was just starting out, apparently she said she wanted to wear Prada for her big moment when she’d finally “made it.” We’d say it’s all working out splendidly!

“I chose this color because it made me happy and also was inspired by @jonmch’s moving letter to @coldplay about our movie’s closing song cover of ‘Yellow’ in @crazyrichasians,” the actress shared about the look on her Instagram.

BlacKkKlansman actress – and Louis Vuitton brand ambassador – Laura Harrier stunned in a bespoke, eco-responsible, and ethical gown created by the designer label. According to a press release for the brand, the dress was made using Taroni Spa blue crepe silk certified by the Global Organic Textile Standards, and featured handmade embroidery by Vermont Paris.

The Favourite actress Emma Stone was for sure one of our red carpet favorites from the 2019 Oscars, also wearing a meticulously-crafted Louis Vuitton creation. The brand told People that the dazzling sequined, pearled, and beaded dress took 712 hours to create, and another 22 hours to adjust. Apparently, it was created by two people in five days – and it certainly made a sparkling statement!

You can check out the brand’s Instagram video post below to learn even more about the creation of Stone’s one-of-a-kind gown:

Crazy Rich Asians actress Gemma Chan made her Oscars debut with the trending color of the night – and she made it memorable as well! The star wowed in an electric pink gown by Maison Valentino.

Also keeping up with the hot pink trend of the 2019 Oscars season was iconic actress Julia Roberts, who presented the coveted Best Picture award during the show telecast. Her radiant magenta look was created custom by Elie Saab.

More of the past Oscars red carpet recaps.
More celebrity fashion news to keep up with.
Lead image via Constance Wu Instagram