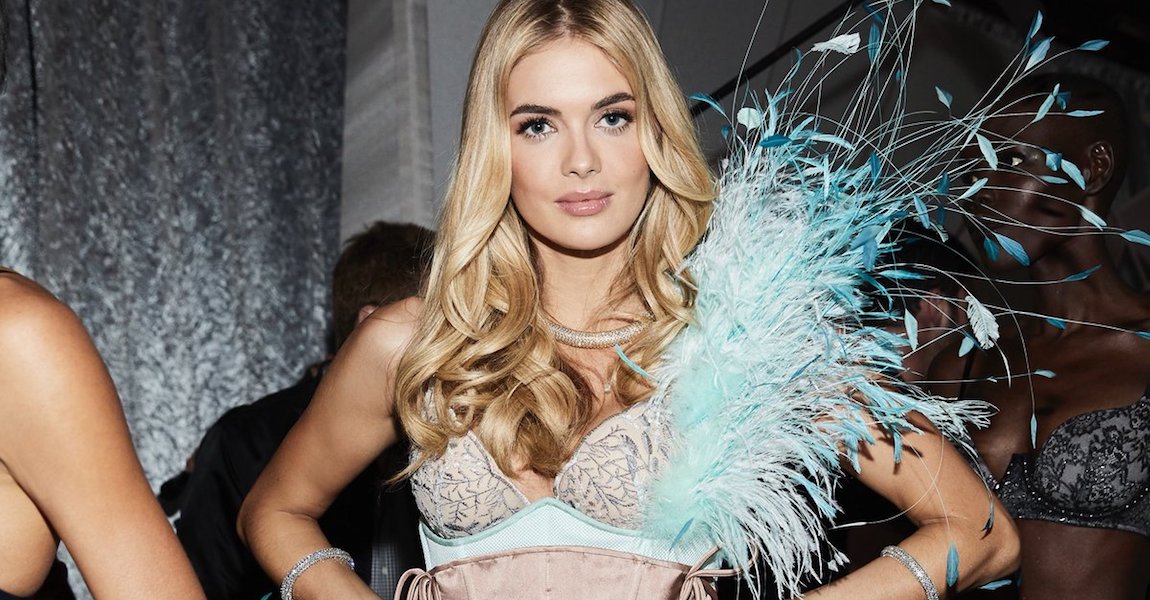 Last night, tons of your favorite VS Angels walked the 2018 Victoria’s Secret Fashion Show runway, taping the season’s hottest lingerie showcase in the world. There were huge moments when model Behati Prinsloo returned to the runway for the first time after giving birth to her two daughters; Elsa Hosk sported this year’s sparkling Fantasy Bra; and the iconic Adriana Lima bid her tearful farewell to the franchise.

To tide you over until the televised version of “The Victoria’s Secret Fashion Show Holiday Special” airs at 10 PM on December 2, we are rounding up tons of the models’ backstage photos from the event.

Getting into hair and makeup before the runway show is a luxurious and glamorous ordeal. Many models showed off their skin-bronzing, hair-curling, and skin-pampering routines before hitting the catwalk.

its that time of the year ✨ #vsfashionshow

When it came to show time, you know these models went all out! While we don’t want to give away too much of the upcoming show, several models shared stunning sneak peeks at what we can expect to see during the televised presentation.

This season, Victoria’s Secret teamed up with fashion designer Mary Katrantzou to create a captivating, colorfully-patterned collaboration collection. The sneak peeks of this special edition line were positively dizzying – in the best possible way.

The End of an Era

It was quite the emotional moment for longtime Angel Adriana Lima, who announced that this 2018 Victoria’s Secret Fashion Show would be her final runway for the lingerie brand. Before strutting the show for the last time, the 37-year-old star posted a fabulous Instagram video that compiles some of her greatest show moments over the past 19 years.

Before she came out on the runway, Victoria’s Secret played a “thank you” tribute clip in honor of Lima. The star got visibly teary-eyed as she walked, as it’s quite a big moment.

Dear Victoria, Thank you for showing me the world, sharing your secrets, and most importantly not just giving me wings but teaching me to fly. ❤️ to the best fans in the 🌎! Love, Adriana 💖

You can already shop select looks from the runway on the brand’s website now, with even more luxurious products dropping leading up to the show’s debut.