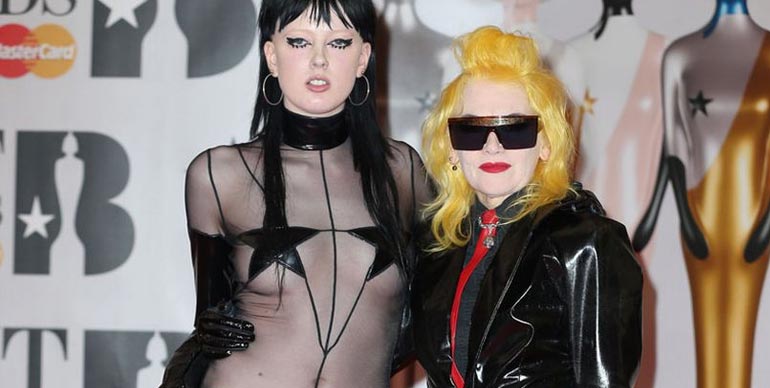 There are many 2016 fashion trends that just need to end. It’s the same every year. Whether you were a victim of bad fashion trends or overzealous with fashion flops, the last week of December is the time to reevaluate your last 365 day’s worth of fashion choices and learn from past mistakes. 2017 is your chance to start over. Those ridiculous fur slippers you saved up for last summer are ugly AF and you know it. Throw your ugly shoes and fashion flops in the donation bin, forsake 2016 fashion bloggers who don’t know what they’re talking about, and start out on a new 2017 fashion quest. If you need a jumpstart, here are top fashion trends you must stop by January 1st. If you can, stop them this week.

Were Barack Obama’s unfortunate dad jeans the inspiration behind this terrible fashion trend? For years we mocked mom jeans and the ‘mom butt’ for their undesirable profile and frumpy build. In 2016, all those remarks faded in favor of this sad denim look. You can blame it on the 90s renaissance or spike in vintage trends on this year’s runways, but whatever the reason get those mom jeans out of your closet. Stop the idea before it gets any older.

Think about it. If you can afford casual footwear lined with luxurious furs, you have way too much money. Spend it on a home renovation or elaborate vacation instead. Fur was never a good idea for slippers. It looks sloppy when it overflows. It makes your feet seem hairy and unkempt. Spend your pretentious money on better things in 2017.

Off-the-shoulder is cool. A shoulderless top is sexy, flattering, and it works on almost anyone. You can wear the look as a casual blouse or cocktail dress. If you get cold, you simply drape a shoulder wrap over your shoulders for a logical second layer. With a cold shoulder cut, it’s more complicated. If you get cold, a jacket is the only good option. A shoulder wrap looks foolish over a full shirt and your scarf doesn’t reach far enough. Also, explain to me why a shirt should single out your shoulders? Who looks at someone and compliments their shoulders!

Let me list the unicorn obsessions the world has seen in 2016 fashion trends. There was unicorn hair in all its impractical glory. There were unicorn bagels that were really rainbow bagels with a more imaginative name. Some scientists even claimed that ancient rhinoceroses were unicorns. If you’re like me, that’s going too far. Keep your unicorns in fairytales and toy stores. All the unicorn purses, scarves, jeans, hats, and stilettos you indulged on throughout the year need to magically disappear before January 1st.

You can say it was the sun. You can argue it was the unrealistic idea to have models stand still and straight in a park for hours in summer heat. You can even try to excuse it as just a bad day. Whichever you choose, the truth of the matter is the world is growing tired of Kanye West and his fashion escapades. Those weird translucent pieces were at this fall’s NYFW were all fashion flops. The event was a fashion flop. Stick to music, Kanye. Go back to that ‘Shakespeare in the flesh’ thing.

I don’t know who got excited about the 90s and decided to re-invent this look on 2016 fashion runways across the globe, but I want to smack them. At least grunge logos and patchwork sweaters have some personality! The slip dress and t-shirt look is just self-conscious layering disguised as a fashion statement. Wear the t-shirt or wear the slip. It was only cute once and we should all be well past that stage by this point.

When the Biebs decided to sell his tour merchandise at Barney’s for astronomical prices, the believers among us laughed. People wouldn’t really pay hundreds of dollars for a Justin Bieber tour sweatshirt just because it was sat in a designer store. Even fans weren’t that incredibly stupid. Materialism dashed our hope in humanity yet again and the trend actually caught on. When bad fashion trends harvest heaps of money for spoiled celebrities, they need to be stopped. Also, I was really hoping to find a Deerhunter tour hoodie for under $200.

They look like the accidental child of some hospital wristband combined with an Apple watch. Although, the concept behind fitness wrist wear is honorable, let’s create something fashionable to incentivize people to exercise! It’s just a hideous manifestation of that goal. They’re also super expensive. Stop pretending the number of steps you take per day is worth bragging about. It isn’t. If you want a healthier life, just go to the damn gym.

When the ball drops on Sunday, help me kiss the ugly shoes and bad habits of 2016 fashion trends goodbye. 2017 can be a fashionable year. The power is in our hands!